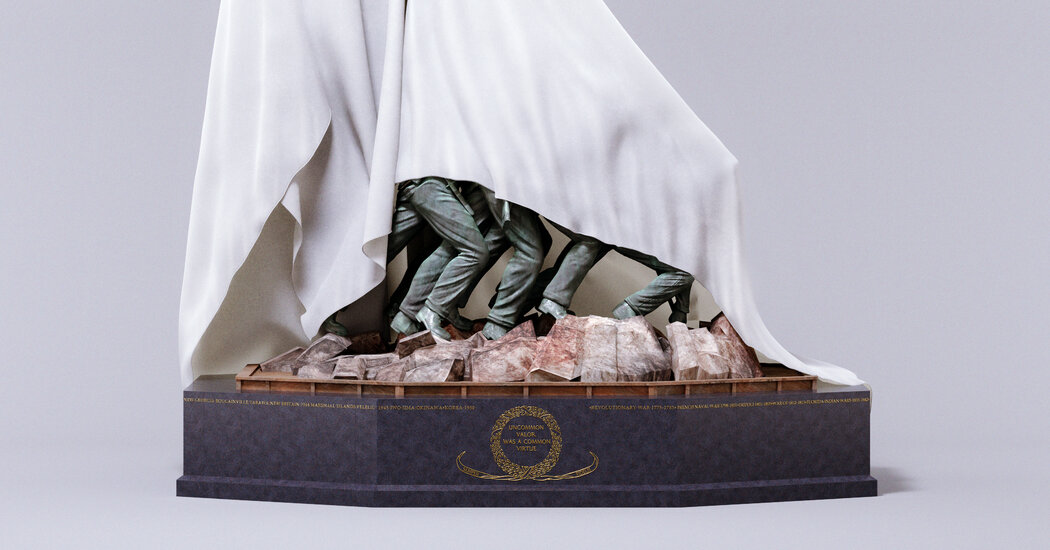 The economic consequences would be equally severe. A Chinese invasion of Taiwan, which produces most of the world’s advanced semiconductors, would profoundly damage the U.S. and global economy regardless of Washington’s response. (To this end, the United States has been trying to move more semiconductor manufacturing home.) But a U.S.-China war would risk catastrophic losses. Researchers at RAND estimate that a yearlong conflict would slash America’s gross domestic product by 5 to 10 percent. By contrast, the U.S. economy contracted 2.6 percent in 2009, the worst year of the Great Recession. The gas-price surge early in the Ukraine war provides only the slightest preview of what a US.-China war would generate. For the roughly three-fifths of Americans who currently live paycheck to paycheck, the war would come home in millions of lost jobs, wrecked retirements, high prices and shortages.

In short, a war with Russia or China would likely injure the United States on a scale without precedent in the living memory of most citizens. That, in turn, introduces profound uncertainty about how the American political system would perform. Getting in would be the easy part. More elusive is whether the public and its representatives would maintain the will to fight over far-flung territories in the face of sustained physical attack and economic calamity. When millions are thrown out of work, will they find Taiwan’s cause worth their sacrifice? Could national leaders compellingly explain why the United States was paying the grievous price of World War III?

These questions will be asked during a conflict, so they ought to be asked in advance. Even those who think the United States should fight for Ukraine or Taiwan have an interest in educating the public about the stakes of great power conflict in the nuclear and cyber age.

The last nuclear-related sign I saw, a few weeks ago, proudly declared a small liberal suburb of Washington, D.C., to be a “nuclear-free zone.” “Duck and Cover” deserves a 21st-century remake — something a bit more memorable than the Department of Homeland Security’s “Nuclear Explosion” fact sheet, which nonetheless contains sound advice. (For example, after the shock wave passes, you have 10 minutes or more to find shelter before the radioactive fallout arrives.) For every moral condemnation of adversaries’ actions, Americans should hear candid assessments of the costs of trying to stop them. A war game broadcast on “Meet the Press” in May offered one model. Even better to follow it with a peace game, showing how to avoid devastation in the first place. Without raising public awareness, political leaders risk bringing about the worst-case outcome — of waging World War III and losing it when the country recoils.

As international relations have deteriorated in recent years, critics of U.S. global primacy have frequently warned that a new cold war was brewing. I have been among them. Yet pointing to a cold war in some ways understates the danger. Relations with Russia and China are not assured to stay cold. During the original Cold War, American leaders and citizens knew that survival was not inevitable. World-rending violence remained an all-too-possible destination of the superpower contest, right up to its astonishing end in 1989.

Today the United States is again assuming the primary burden of countering the ambitions of governments in Moscow and Beijing. When it did so the first time, it lived in the shadow of world war and acted out of a frank and healthy fear of another. This time, lessons will have to be learned without that experience.

Stephen Wertheim is a senior fellow in the American Statecraft Program at the Carnegie Endowment for International Peace and a visiting lecturer at Yale Law School and Catholic University. He is the author of “Tomorrow, the World: The Birth of U.S. Global Supremacy.”