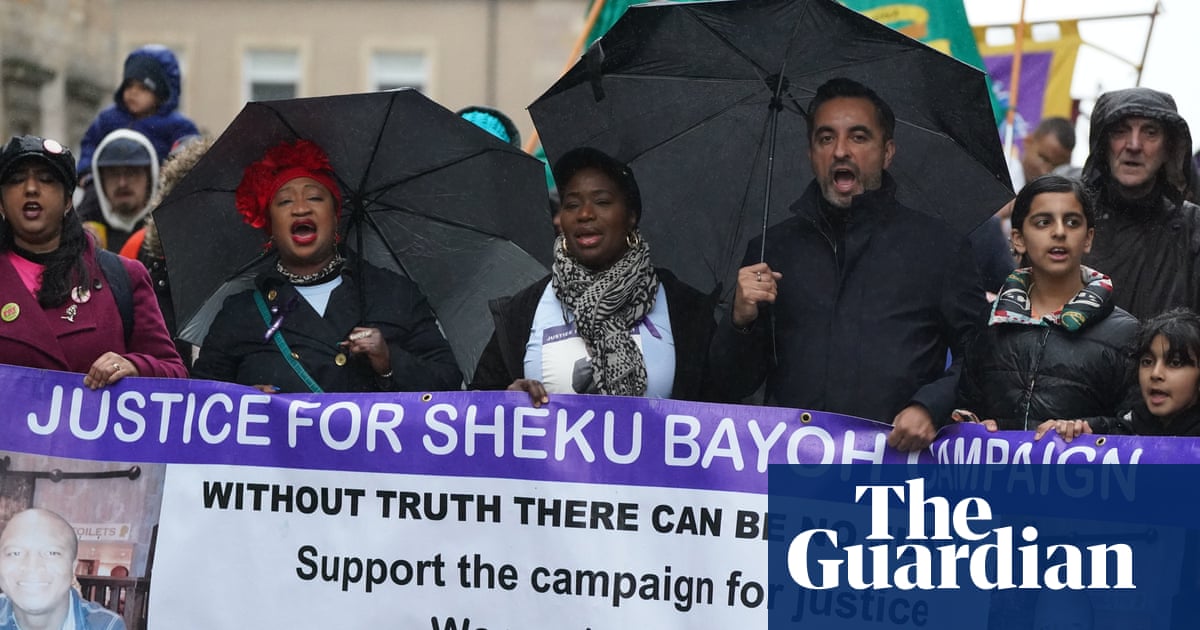 One of Scotland’s most senior lawyers has been accused of showing contempt for an inquiry into the death of a man in police custody after he allegedly began watching a World Cup football match during the proceedings.

Gordon Jackson KC who is representing three of the six police officers involved in the arrest of Sheku Bayoh at an inquiry into his death, is alleged to have started watching the game on his phone during an evidence session on Wednesday.

Kadi Johnson, Bayoh sister who was attending the session, said: “Jackson, a lawyer for the three of the officers, PCs [Alan] Smith, [Kayleigh] Good and [Ashley] Tomlinson, had the the audacity to sit and watching football during the evidence of an expert witness Joanne Caffrey.”

She added: “We were left so angry and found this behaviour not only to be disrespectful to us as a family, our lawyers, the chair and assessors but smacked of contempt for this inquiry. Never mind having respect for us as a family, but what about the police officers he represents.”

The sound of a football match caused a brief pause in proceedings on Wednesday at around 3.10pm during the first half of final Group D match between between Tunisia and France and Australia and Denmark.

As evidence was being given by Joanne Caffrey, an expert witness on the use of force and police custody, the sound of a football crowd and commentary could be heard during the inquiry.

Angela Grahame KC, the inquiry’s senior counsel, apologised to Caffrey for the noise and glanced back to where Jackson was sitting.

Johnson added: “This is not the first time, but one of many occasions, that we have been dismayed at the manner in which some of the police lawyers have acted during the hearing. We have a direct eyeline and see what they do but yesterday was the final straw for us to find that a lawyer being paid thousands of pounds from public money to do his job was busy watching the World Cup.”

On Wednesday Claire Mitchell KC, a lawyer for Bayoh’s family, raised the incident with the chair of the inquiry, Lord Bracadale, a retired appeal court judge.

On Thursday, Bracadale did not name Jackson but said the incident showed a lack of respect for the inquiry.

He said: “Ms Mitchell drew my attention to an incident earlier in the afternoon in which in the course of evidence a legal representative appeared to use a mobile phone for a purpose clearly unrelated to the proceedings of the inquiry.

“While that was a particularly egregious example, it was not the first occasion on which the sound of mobile phones has disturbed proceedings.

“I have no difficulty with mobile phones being used silently to make communications on matters relating to the inquiry, but inappropriate use within the hearing room is both distracting and disrespectful.”

In 2020 Jackson, who defended Alex Salmond at his sexual assault trial, referred himself to Scotland’s legal watchdog after footage emerged that appears to show him identifying the complainants on a busy commuter train.

The Faculty of Advocates upheld a complaint of professional misconduct against Jackson over the incident.