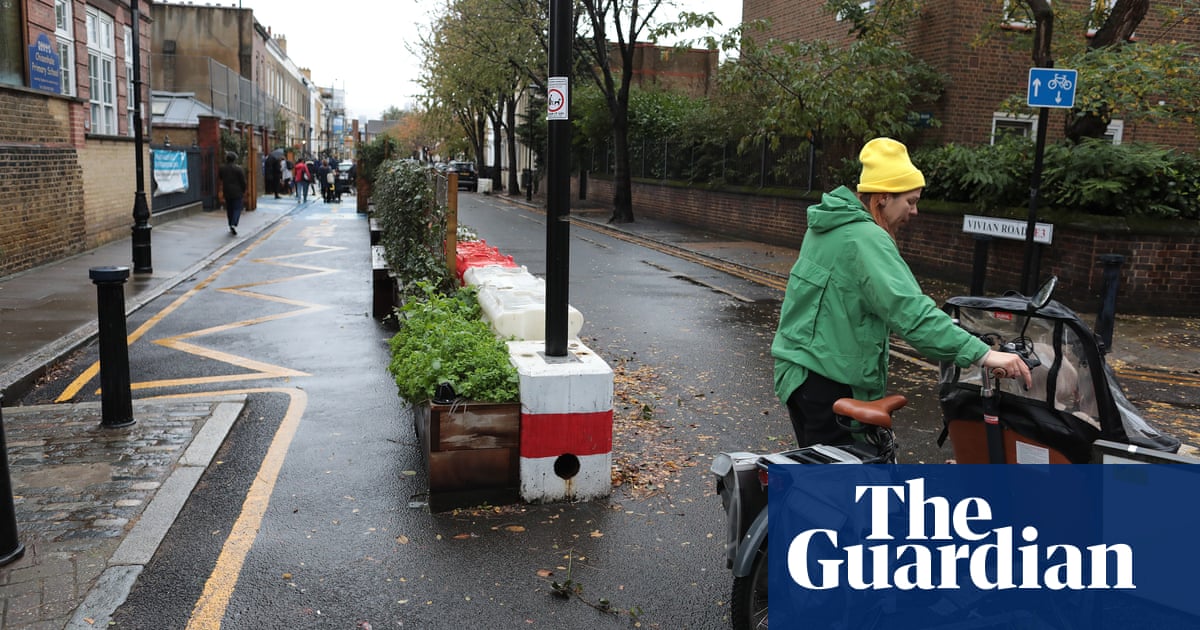 An east London council has sent construction workers in the middle of the night to dismantle a wooden structure protecting a “school street”.

Children at Chisenhale primary in Bow arrived on Thursday morning to find the structure and play space outside the school entrance gone.

Last month children saw off workers in a standoff when a parent spotted men in hi-vis jackets arriving to dismantle the structure. It is part of a wider dispute over traffic reduction measures near the school after the mayor of Tower Hamlets, Lutfur Rahman, failed to renew school street legislation restricting cars at drop-off and pickup times.

Rupert George, who has a child at the school, told the Guardian the streets nearby were no longer safe for pupils arriving and leaving. “They have removed the play space structures that we built on two roads and just shoved the fences back to the pavements.

“We have a really confusing and unsafe situation now. There is some signage indicating this is a school street with timed closures to traffic but the law backing that up has now expired. That is why we wanted to keep the structures while we worked out next steps for keeping children safe here.

“This morning two lorries came up and couldn’t fit through together; one parent had a lorry reverse back as she was crossing with her five year old.”

The wooden structure creating a roadside play space was part of a package of measures introduced in April 2021. It was originally part of Covid measures to allow children to mingle but campaigners argue it has become part of protective measures against traffic.

Some neighbours say the structures are unsightly and should be replaced with timed closures.

Rahman has been vocal in his opposition to traffic reduction schemes and street closures. The council has been contacted for comment.

In a previous statement it said: “The Chisenhale primary school street was established through an experimental traffic order … The ETO has now lapsed and the mayor has decided, in keeping with his manifesto promise … that the road closures will not be made permanent.”

The mayor added that the council took the safety of children “extremely seriously” and was considering alternatives to the scheme, such as zebra crossings, school crossing patrols and traffic wardens.