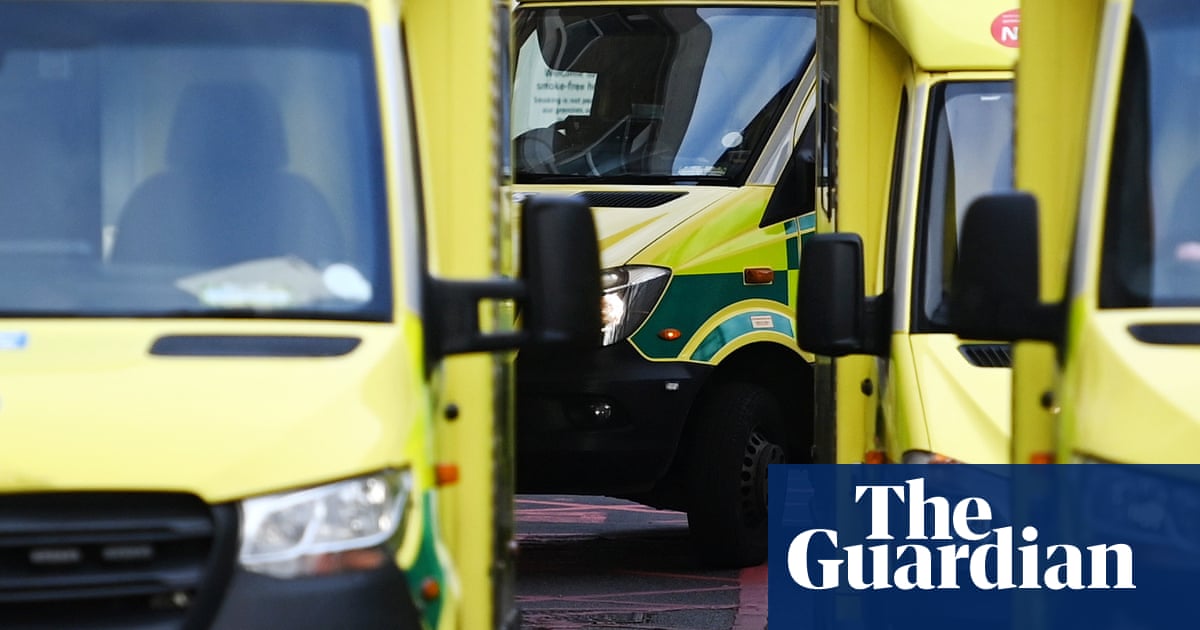 Ambulance workers across England have voted to strike over pay and staffing levels, and action is expected before Christmas. Thousands of 999 call handlers, ambulance technicians, paramedics and others working for ambulance services are expected to take part. Joshua, a paramedic in northern England, shares why he’s striking.

“I’ve been a paramedic since 2016 and it’s absolute hell doing this job currently. I genuinely believe most of the public have no idea how bad the situation is. We’re being pushed beyond limits, constantly [having] dispatchers pleading for crews to come through. A massive part of the issue is that ambulances are just sat at hospitals for hours on end.

“We’re going to patients who have waited for 12-13 hours. Ambulance crews are seeing [patients die] day in and day out. I think to myself, god, please don’t let any of my family members need an ambulance. It’s terrifying.

“The cost of living is astronomical, as everyone well knows. [We’ve had] real-terms pay cuts year after year. I’ve gone from living a relatively comfortable life to just counting every penny that I have. I feel sick [when I] have to spend fuel on the car.

“I’ve seen co-workers crying, single parents who can’t afford to do this job any more. So many people are leaving because we’re treated [badly] and not paid anywhere near enough.

“Patient safety has fallen through the floor, paramedics can’t reach them in time, there’s simply not enough staff to get to those patients. If the government wanted to do something about that, they would pay paramedics properly and then people would see it as a good job that’s rewarding and consider doing a career in [it]. Patient safety is directly linked to pay. People are quitting at a time where staffing is below critical.

“The issue is absolutely systemic across the entire NHS. Staff going off sick with burnout, stress and suicidal thoughts is endemic across the ambulance service. I feel completely burnt out currently – I’ve been considering calling in sick every night shift this week. I don’t want to come to work because you don’t know what you’re going to come across. It’s stress beyond stress. We’re finishing hours late every shift. And the government is saying you don’t deserve to be paid properly.

“The GMB has a policy of no harm to patients. And there’s already catastrophic harm being done to patients by the government. [The ballot gives a mandate for full strike action but the form it takes will be decided by a committee of GMB ambulance members, according to the union.]

“No one [in the NHS] wants to walk away from patients. We’re in a caring profession for a reason. But we’re not listened to by [people] with no idea of the reality of what it’s like out on the road.

“Most paramedics don’t want to strike. We want a government that respects us, values our work and cares about the public we look after.”