ROYAL staff member Lady Susan Hussey was accused of asking a black guest at Buckingham Palace: “Where are you really from?”

The friend of the late Queen has allegedly resigned after questioning Ngozi Fulani’s nationality.

She said she was horrified when Lady Susan approached her, moved her hair to see her name badge and asked: “Where do your people come from?”

The employee repeatedly questioned what part of Africa she was from and when she first came to the UK, Ngozi claims.

Here’s everything we know about Lady Susan Hussey.

Who is Susan Hussey?

Lady Susan Hussey was born on May 1 1939 and is part of the close inner circle of the Royal Family. 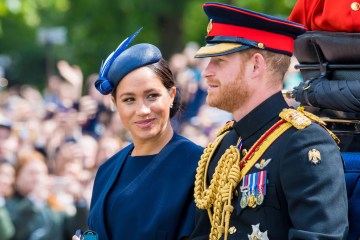 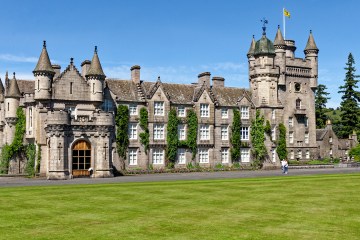 The 83-year-old is also known as the Number One Head Girl among royal officials and was a dear friend of Elizabeth II, being at her side for the birth of Prince Andrew in 1960.

Prince William also knows Lady Susan as Godmother, and she was the only person chosen to stand by the Queen’s side at the late Prince Philip’s funeral.

The trusted Lady was bestowed with a Dame Grand Cross of the Royal Victorian Order – the highest rank personally granted by the sovereign.

She is the youngest daughter of the 12th Earl of Waldegrave and sister of William Waldgrave – a former Tory Cabinet minister.

Her husband is Marmaduke Hussey, who was Chairman of the Board of Governors of the BBC from 1986 to 1996.

Is Susan Hussey a working member of the Royal Family?

The Queen’s ‘lady-in-waiting’ was a member of the royal household.

However, she resigned from the royal household on November 30 2022 after allegations of racism when she quizzed a black guest about her nationality.

Ngozi, who was born in Britain, attended the event on behalf of domestic abuse charity Sistah Space to mark the UN’s 16 days of activism against gender-based violence.

She said she was horrified when Lady Susan approached her, moved her hair to see her name badge and asked: “Where do your people come from?”

The employee repeatedly questioned what part of Africa she was from and when she first came to the UK, Ngozi claims.

She said the experience, just 10 minutes after arriving, left her “insulted” with “mixed feelings” about the royal visit.

Buckingham Palace this morning confirmed the staffer involved had stepped aside after an investigation.

A Buckingham Palace spokesperson said: “We take this incident extremely seriously and have investigated immediately to establish the full details.

Was Susan Hussey the Queen’s lady-in-waiting?

Yes, Lady Susan was considered a lady-in-waiting, and was chosen to be kept on by King Charles after his mother’s death.

She was part of the ‘HMS Bubble’ during lockdown and one of Elizabeth’s longest serving aids.

Her title was rebranded as Lady of the Household and was joined by Mary Morrison and Dame Annabel Whitehead.