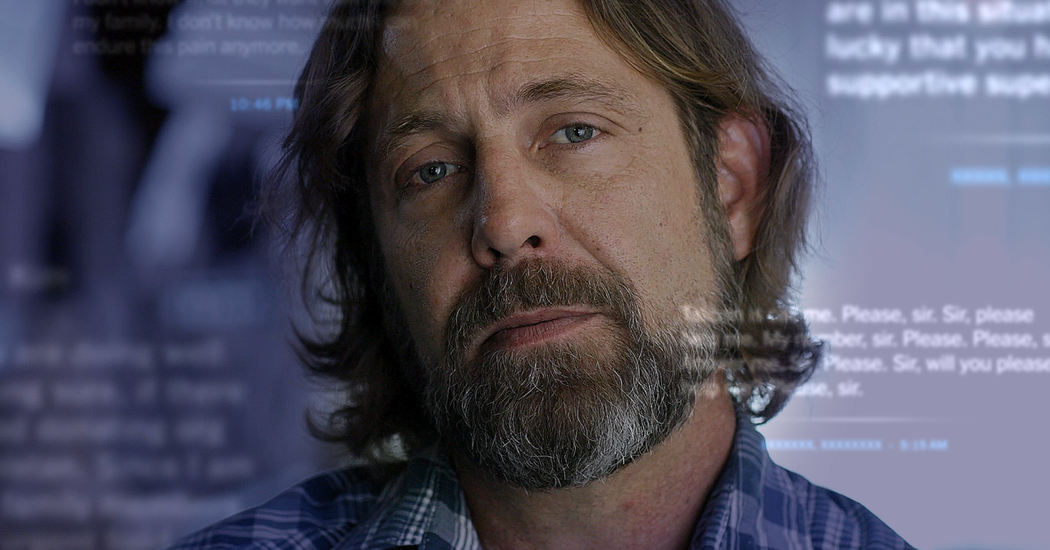 Last year the war in Afghanistan came to a chaotic and dispiriting end for the United States, and the conflict all but faded from the American consciousness.

But as the Opinion video above explores, a new struggle was only just beginning for some American veterans and civilians.

Not only had the United States lost a war at an extraordinary cost in lives and money, but the U.S. had also left tens of thousands of Afghan allies and their families to the mercy of the Taliban, despite American assurances of protection. The most vulnerable included interpreters, translators, military base support staff members and other contractors who had worked directly with the U.S. government and should have been eligible for special visas to enter the United States.

This betrayal, on top of a crushing military defeat, caused for many Americans a trauma that is commonly referred to as moral injury — that is, harm from witnessing or participating in something that goes against one’s moral values.

Some have channeled their anger and anguish into a stunning volunteer effort to get Afghan allies to sanctuary outside Afghanistan. They have also thrown their weight behind a bill, the Afghan Adjustment Act, which would help Afghan allies stuck in Afghanistan and many who have already made it to the United States.

The volunteers’ purpose is reaffirmed daily by desperate messages from Afghans pleading for help and describing the horrors they face, including Taliban death threats, beatings, kidnappings and revenge killings.

But for many of these advocates, this commitment has come at great personal sacrifice. Some have given up incomes, gone into debt, had homes repossessed and seen marriages disintegrate.

American officials, however, insist that the government’s dedication to U.S. allies in Afghanistan has been robust. “The Biden administration continues to demonstrate its commitment to  the brave  Afghans who stood side by side with the United States  over  the past two decades,” a State Department representative said in a statement last week.

The government has helped resettle more than 88,000 Afghans in the United States, according to the Homeland Security Department, many of them with temporary humanitarian parole status. And since the beginning of the Biden administration through Nov. 1, the government issued nearly 19,000 Special Immigrant Visas, which are reserved for Afghans who were employed by or on behalf of the U.S. government in Afghanistan.

Many of them are still stuck in Afghanistan, advocates say, along with thousands of others who worked closely with the Americans and should qualify for the special visa or some other form of U.S. protection.

For many of the veterans and civilians who have devoted themselves to relocating Afghan allies, these numbers underscore the American government’s failures, not its successes.