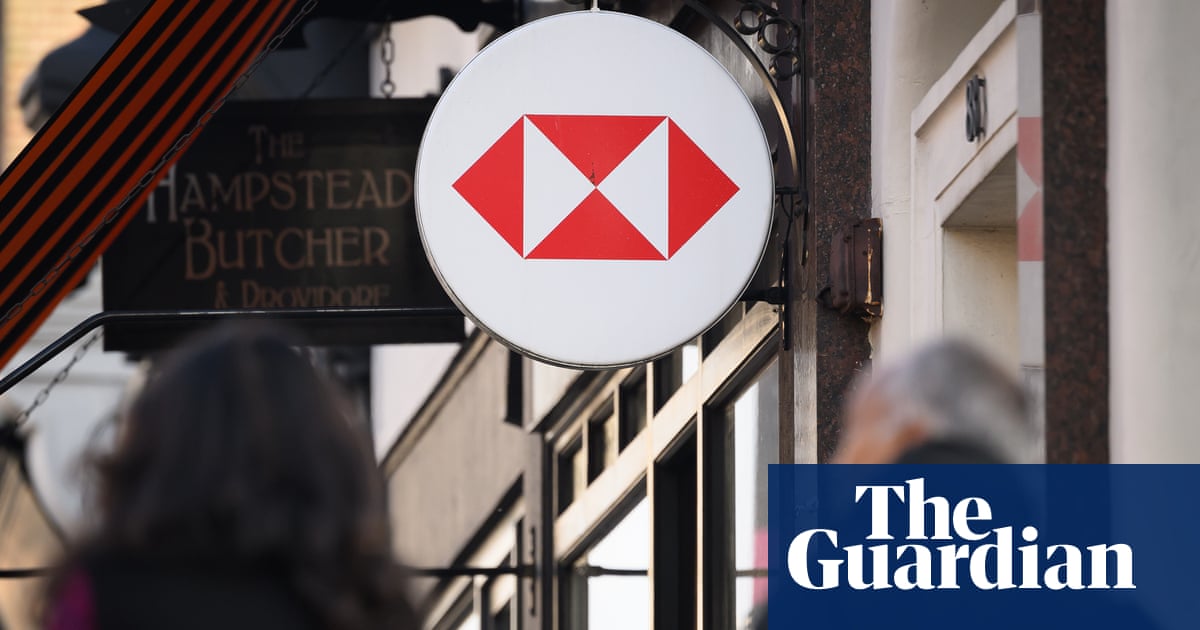 HSBC is to shut a further 114 branches in the UK – more than a quarter of its network – after claiming use of its outlets by regular customers has plummeted by two-thirds in five years.

Early last year, HSBC had 593 branches, but the latest round of closures, scheduled to take place between April and August next year, will take that number down to 327. The bank has already shut 69 branches this year, on top of 82 axed last year.

The announcement comes weeks after the banking group reported bumper pre-tax profits of $700m (£584m), more than average analyst estimates. HSBC is enjoying a windfall from rising interest rates, which, along with other banks, have sent its mortgage and loan income soaring while the rates it pays out on savings have not risen as fast.

HSBC is the latest in a line of banks to announce it is reducing its network in response to changing customer habits. However, campaigners such as the consumer body Which? have argued that millions of people are not yet ready or able to go fully digital, with concerns voiced that many vulnerable consumers could be left behind as the shift to a cashless society accelerates.

The 114 branches that are closing are spread across the UK, from Dundee in Scotland to Liskeard in Cornwall.

HSBC, which has almost 15 million UK customers, said footfall in the vast majority of closing branches had reduced by at least 50% over the past five years. It added that the decline in branch use had accelerated so much since the pandemic that some of the outlets closing were now serving fewer than 250 customers a week.

“People are changing the way they bank and footfall in many branches is at an all-time low, with no signs of it returning. Banking remotely is becoming the norm for the vast majority of us,” said Jackie Uhi, the bank’s managing director of UK distribution.

However, she insisted branches “will continue to play an important role in day-to-day banking”.

Tobias Gruber, the founder of the website My Community Finance, said he hoped the bank would plough the money saved into improving its digital and phone banking offerings. He added: “It’s unacceptable for bank customers to wait up to 30 minutes to speak to someone when it’s their only choice because their local branch has vanished.”

He said that, while post offices were one alternative for basic transactions, this move would leave even more people “frustrated, stuck and unable to access their money”.

HSBC said it would be investing tens of millions of pounds in updating and improving its remaining branch network, providing free tablet devices and one-to-one coaching for selected customers as part of its post-closure strategy, and putting more money into supporting shared “banking hubs” and other schemes for improving access to cash.