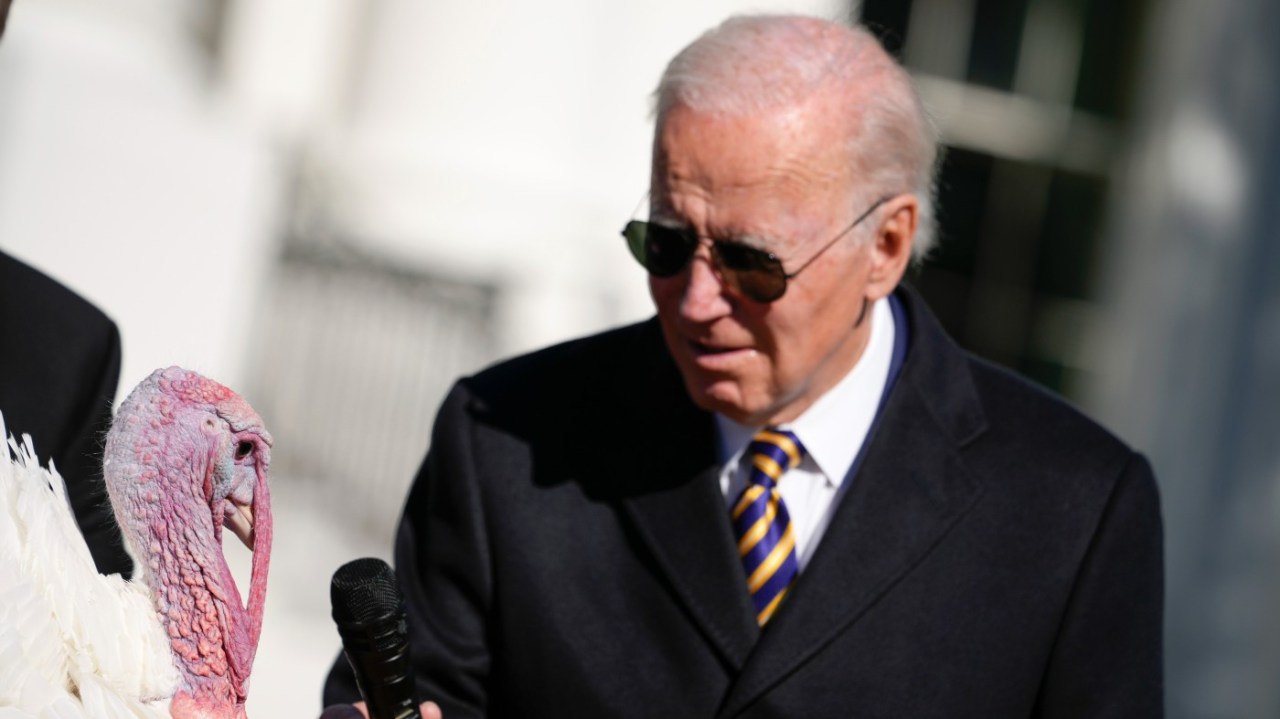 President Biden is taking on his former rival Donald Trump, seeking to frame the 2024 presidential election as a contest between them before he announces whether he will actually seek reelection.

Since the midterm elections, when Democrats were able to hold off an expected Republican wave to retain the Senate, a more confident Biden has poked Trump and Republicans regularly.

The swipes have been particularly noteworthy in recent days as speculation mounts over whether Biden, bolstered by those midterm successes himself, will seek another term.

Trump-backed candidates lost in a number of races, and Democrats believe they benefit from Trump’s influence on the GOP.

“It feels like one of the takeaways from the midterms is that creating a binary choice between he and Trump is beneficial for President Biden,” said Democratic strategist Joel Payne. “It appears that the White House is going to continue to be bullish whenever Trump creates an opportunity for contrast.

“I think any White House is going to become more proactive as they gear up for reelection,” Payne said. “Feels like it’s on schedule for this White House to adjust.”

During the annual turkey pardon at the White House’s pre-Thanksgiving ceremony, Biden took on Trump and Republicans during lighthearted comments.

“There’s no ballot stuffing, there’s no ‘fowl’ play,” Biden quipped. “The only ‘red wave’ this season is going to be if our German shepherd Commander knocks over the cranberry sauce on our table.”

The White House also proactively put out “talking points” for “chatting with your uncle at Thanksgiving.”

In those points, the White House dubbed Republicans in Congress “EXTREME,” pointing to laws banning abortion in the wake of the Supreme Court decision overturning Roe v. Wade and GOP calls to repeal the Inflation Reduction Act.

The White House has argued that the GOP-proposed repeal could mean Americans lose expanded health care benefits the law provides, while Republicans have been particularly critical of the law’s increased funding to the IRS and the corporate tax increases.

The White House also took on Trump when aides launched a new webpage highlighting “the Biden Harris record” on the same night Trump announced he was running for reelection.

“I don’t think it’s a bad thing for the current president to remind folks that Donald Trump, in all his ways, not only is he still the leader of the Republican Party, but the things that come along with Donald Trump, including cuddling and playing footsie with a white supremacist and white nationalists, is still reality and that continues to make him an ongoing and present danger to democracy as we know it,” Seawright said.

Biden’s swipes, he continued, are also “a friendly reminder to those who identify as independent voters or independent thinkers of what decision they’re going to have to make in the election if Donald Trump is the Republican nominee.”

“It’s critically important for Democrats to continue to highlight who we will be up against, not just in the 2024 election, but in the everyday hustle and bustle of politics,” he added.

In a news conference following Election Day earlier this month, Biden discussed how the red wave “didn’t happen.” He also talked about his aim to keep Trump from becoming president again when asked how other world leaders should view this moment for America.

“We just have to demonstrate that he will not take power … if does run,” Biden said. “I’m making sure he — under legitimate efforts of our Constitution — does not become the next president again.”

While the White House typically doesn’t weigh in on Trump’s machinations —even when pressed by the media to do so — White House press secretary Karine Jean-Pierre did comment on Trump’s meeting with white nationalist Nick Fuentes in Florida this past weekend.

“I’m not going to respond to everything that happens with the former president but this, this is something that’s important that we speak very clearly about and we speak very forcefully about,” Jean-Pierre said on Monday.

“When you say things like this, when you do not speak out against these kinds of poisonous and dangerous kind of remarks or representation, if you will, that is also incredibly dangerous within itself,” she added.

Last weekend, Biden reacted to the Fuentes meeting with a slight jab at Trump.

“You don’t want to know what I think,” he told reporters asking what he thought of the meeting.

The president’s uptick in jabs directed at Trump comes as the former president has lost some support and influence within the Republican Party, with lawmakers and officials holding off on endorsing his latest White House bid.

Biden’s jabs are politically motivated, the source argued, and are another way to energize the Democratic base and put the spotlight on Trump’s recent issues.

“Stirring the pot, keeping Democrats engaged and chuckling, and being amused by Trump’s foibles and his challenges and his legal challenges particular—I think those are politically intended,” the ally said.