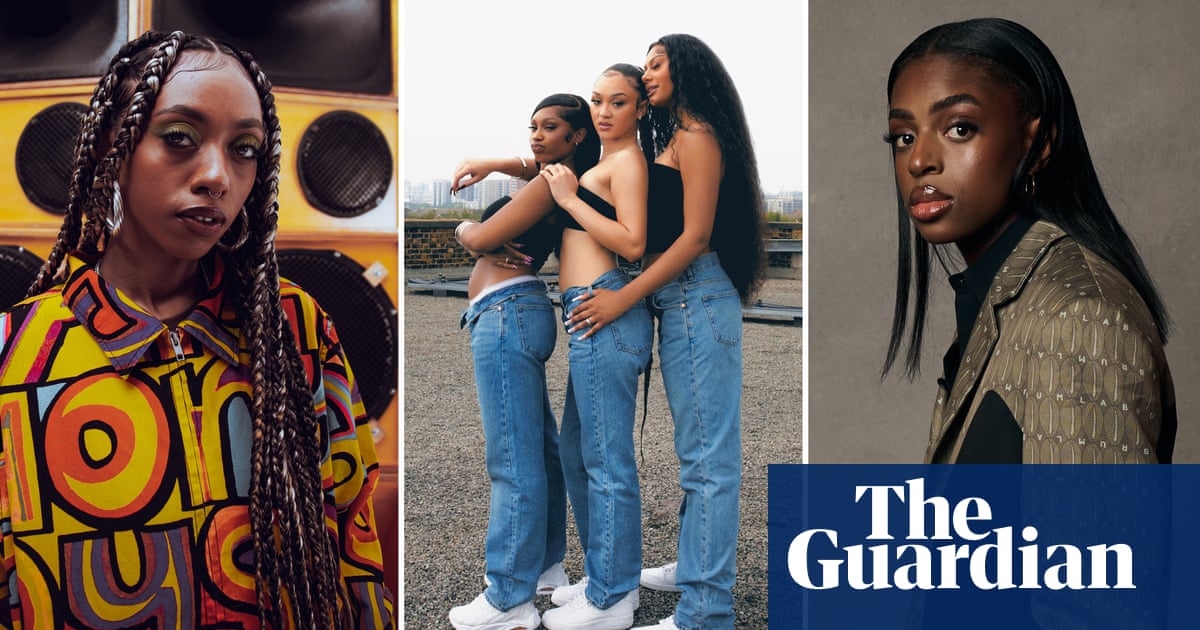 Nia Archives, Cat Burns and Flo have been nominated for the Brits Rising Star award. The prize, formerly known as Critics’ Choice, has previously tipped the likes of Adele, Florence + the Machine, Sam Smith and last year’s winner Holly Humberstone for success.

Bradford-born, Leeds-raised producer Nia Archives, 23, is at the forefront of the current UK revival of jungle and drum’n’bass. As a teenager besotted with the likes of Roni Size, Burial and Roots Manuva, she moved to Manchester where she became involved in the rave and house party scene.

Today she works with the foundational jungle label V Recordings as part of its EQ50 initiative, which aims to bring equality to the genre’s historical gender imbalance. “I want to be that representation of generations of Black women in jungle and dance music,” she told NME earlier this year.

Nia Archives released her bedroom-produced debut EP, Headz Gone West, in April 2021, and received acclaim for her latest EP, this year’s Forbidden Feelingz. “As the years roll round, every established scene finds claimants for a new generation at its porch,” wrote Pitchfork critic Will Pritchard. “With songs like these – laser-sharp, as intimate and comforting as they are fresh and rollicking – Nia Archives won’t need to kick the door in.”

Of her Brits nomination, the producer said in a statement: “Growing up and watching it on TV, I really never thought it could happen to someone like me.”

Cat Burns, 22, is a platinum-selling songwriter from south London. In 2020, the one-time busker released the anguished kiss-off single Go, which slowly reached a viral peak on TikTok at the end of 2021 – where today she has 1.4m followers – and peaked at No 2 on the UK Top 40 this year after Sam Smith joined her on a remix of the song.

This year she followed Go with the Emotionally Unavailable EP, and she supported Ed Sheeran on the European leg of his stadium tour; in 2023, she will support Sam Smith live. She is also nominated for best newcomer at this year’s Mobos.

“I think I’m part of a wave of LGBTQ+ artists that are encouraging others to be more open,” Burns told NME this year. “We’re singing about more complex things within the themes of love and relationships, such as dating someone who’s not out yet … Personally, I want to help Black queer artists to be like, ‘OK, let me tell my truth, too.’”

In a statement, she described the Rising Star nomination as “a major thing on my bucket list for me this year”.

Flo is the London-based pop-R&B girl group comprising Jorja Douglas, Stella Quaresma, and Renée Downer, all aged 20. They formed in 2021 after Quaresma and Downer met at the Sylvia Young Theatre school and found Douglas on Instagram. They signed to Island Records and received widespread acclaim for their debut single, Cardboard Box, released this spring, as well as cosigns from artists such as Missy Elliott, Brandy and the Sugababes, to whom they have been frequently compared.

This summer, they released their debut EP, The Lead. “We all grew up watching the Brits with our mums, and have been inspired by the girl groups and powerful female artists who have performed on that stage,” they said in a statement. “Girl groups are back and we want to pave the way for more artists to achieve their dreams.”

All three acts are also nominated for best newcomer at this year’s Mobo awards, where Nia Archives is also up for the inaugural best electronic/dance act category.

The Rising Star shortlist is selected by an invited panel of editors, critics, radio and music TV executives along with songwriters, producers and promoters. The award is open to British artists who, as of 31 October 2022, have not had an album in the UK Top 20, or more than one UK Top 20 single.