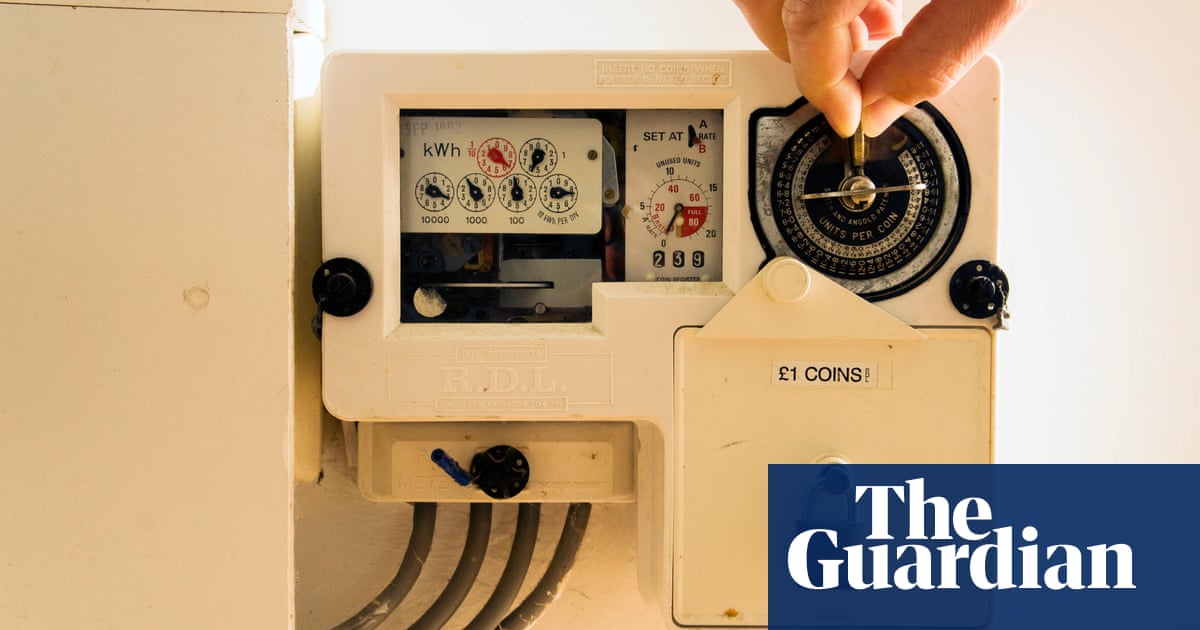 Campaigners have called for an immediate ban on pre-payment meter (PPM) installations made under court warrants because of fears that energy suppliers are using them to disconnect the poorest, most indebted customers “by the back door”.

Energy firms’ licence conditions protect many vulnerable people from formal disconnection over the winter, but the End Fuel Poverty Coalition said transferring households on to PPMs, which require regular top-ups and charge for energy at a higher rate, often prompted people in debt to “self-disconnect”.

The body, which represents 60 organisations made up of anti-poverty charities, health campaigners, local authorities, unions and consumer organisations, said 20,000 households a month are currently being moved on to PPMs as energy firms seek to protect their revenues.

For cash-strapped households, being moved from a credit meter to a PPM can mean the difference between having heating, or not, as they suddenly find themselves having to pay upfront for energy with money they don’t have.

Earlier this month, Citizens Advice warned that it had seen more people unable to top up their prepayment meter in the first nine months of 2022 than it had in the whole of the previous three years combined.

The coalition is concerned that magistrates courts have been “rubber stamping” warrants to install PPMs, noting that freedom of information requests revealed 187,000 applications were made in the first six months of 2022, making it “difficult to believe” they were approved on a case-by-case basis.

The energy suppliers have been remotely switching smart meters from credit to pre-payment mode, and failing to follow due process including assessing households for vulnerabilities to ensure it was safe to install a PPM, the coalition said.

The industry has denied this, but more than 152,000 households with smart meters were switched remotely to more costly PPM plans by their energy supplier last year, according to recent figures from Ofgem, with 60,000 households switched in the past three months alone.

The End Fuel Poverty Coalition is advising customers who are contacted by their energy supplier about a PPM installation to talk to the Good Law Project, which is looking to challenge the transfers.

It called on the government and Ofgem to ban switching customers to a PPM under warrant without “active, informed, consumer consent”.

Ruth London of Fuel Poverty Action said: “Imposition of a pre-payment meter is disconnection by the back door. When you can’t top up the meter everything clicks off, regardless of whether you are old, ill, or have a newborn baby.

“Pre-payment should be a voluntary option. Imposing it is violent, and in the present situation it is likely to swell the numbers of excess winter deaths.”

Jo Maugham, executive director of the Good Law Project, said: “Utility companies are repeatedly failing their supplier obligations and the customer safeguards that are in place, and are applying to the already overstretched courts for tens of thousands of warrants a month to force their way into people’s homes to fit pre-payment meters. This is unacceptable and we are exploring legal routes to put a stop to it.”

Energy UK, which represents the energy firms, said suppliers are required to have exhausted all other options and followed a series of checks before installing a prepayment meter by warrant.

“Prepayment meters have been a way of helping customers monitor and budget for their energy usage but suppliers are very aware of the challenges millions of customers are facing right now. There are difficult decisions around indebted customers as suppliers are also required to try and prevent them falling further into arrears and given that any increase in bad debt will ultimately have to be recouped from customers’ bills.”