THOUSANDS of Brits are to get a permanent four-day week while staying at full pay – are you included?

Around 2,600 employees at 100 companies are set to benefit from the new working pattern after their bosses signed up to become “accredited” employers in a nationwide scheme.

Only those who work for these select companies will benefit, but organisers 4 Day Week Global hope it will fundamentally change the UK’s approach to work.

Those who support the milestone four-day week have said that the five-day pattern is a “hangover” from an earlier economic age.

And they argue that a four-day week would drive companies to improve their productivity, meaning they can create the same output using fewer hours.

For some early adopters the policy has also proven a useful way of attracting and retaining employees. 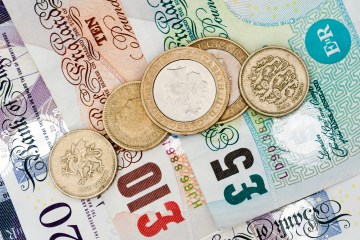 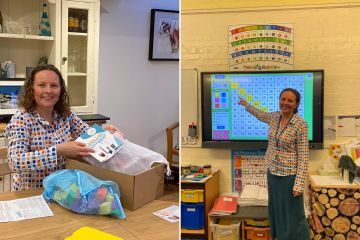 They have been accredited by the four-day week campaign, meaning they have demonstrated that they have genuinely reduced hours for workers rather than forcing them into longer days.

Adam Ross, Awin’s chief executive, said adopting the four-day week was “one of the most transformative initiatives we’ve seen in the history of the company.

“Over the course of the last year and a half, we have not only seen a tremendous increase in employee wellness and wellbeing but concurrently, our customer service and relations, as well as talent relations and retention also have benefited.”

The UK campaign is also coordinating the world’s biggest pilot scheme with more than 3,300 employees across 70 companies and charities taking part in the radical six-month experiment.

Most read in Money

And the trial includes top researchers at the Universities of Cambridge and Oxford, Boston college and thinktank Autonomy.

In September, 88% of those companies in a survey at the middle of the trial said the four-day week was working “well” for their business at that stage of the trial.

About 95% of the companies surveyed said productivity had either stayed the same or improved since the introduction.

Joe Ryle, the UK campaign’s director, said there was increasing momentum in the adoption of the four-day week, even as companies brace for a long recession.

He said: “We want to see a four-day week with no loss of pay become the normal way of working in this country by the end of the decade so we are aiming to sign up many more companies over the next few years.

“With many businesses struggling to afford 10% inflation pay rises, we’re starting to see increasing evidence that a four-day week with no loss of pay is being offered as an alternative solution.”

Most of the companies that have officially adopted the four-day week are in the services sector such as technology, events or marketing companies.

However, the campaign said that some manufacturing and construction employers had also signed up.