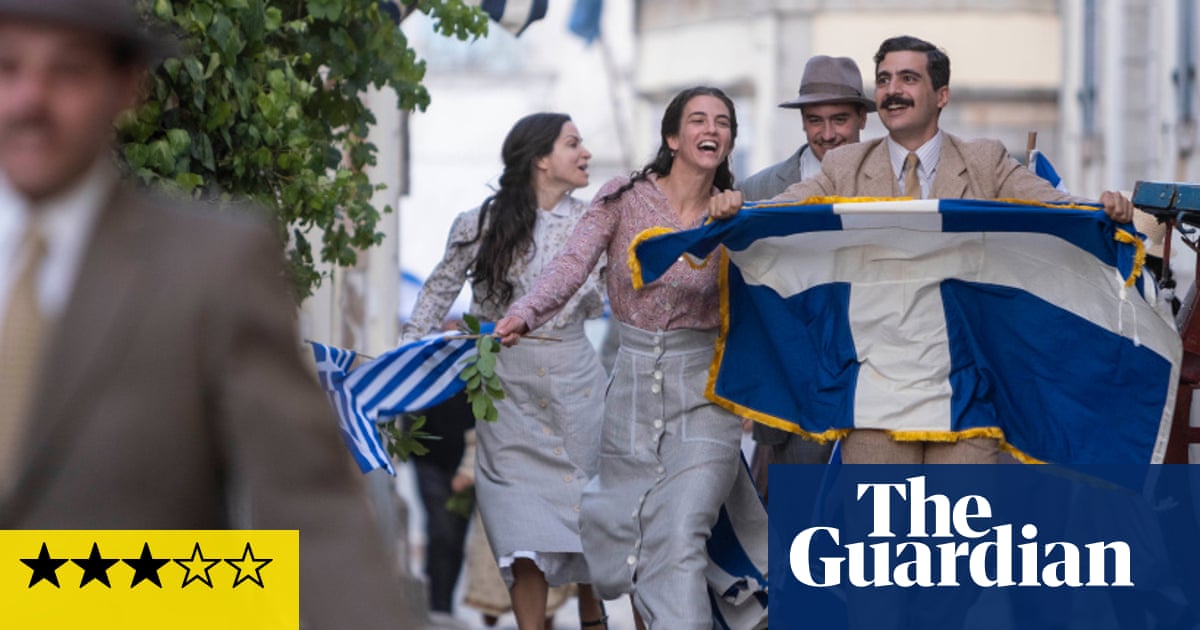 This epic historical drama could have been called Once Upon a Time in Asia Minor or Once Upon a Time in Turkey, depending on which side of the Greek-Turkish divide you sit. That thorny geopolitical entanglement is what it attempts to unpick, sometimes too forcefully, in telling the story of the one-time melting pot of Smyrna (now İzmir). It culminates in a shockingly raw depiction of the 1922 massacre and ethnic cleansing of the Greek and Armenian population by Kemal Atatürk’s irregulars after they entered the city.

Filio Baltatzis (Mimi Denissi) is the matriarch of a Greek olive oil family in Smyrna, relaxed in their affluence in the Levantine port even as first world war storm clouds encroach. Greece is neutral but her husband Dimitris (Leonidas Kakouris) thinks it should join the Allies and unseat the Ottomans. His brother Spyros (Krateros Katsoulis) is more practical, not wanting to antagonise the ruling Turks. Dimitris should probably have paid more attention, as there are a fair few Turks among his servants, including Halil (Burak Hakkı), who has taken a shine to Ataturk – then a politically ambitious military figure.

Director Grigoris Karantinakis matches Merchant Ivory in his richly sketched depiction of this bustling hub, heavy on the coffee, baklava and the zither. The ensemble is large, in the film’s attempt to cast a net over the city’s many factions, from the English toffs to whom the Baltatzises hope to marry their daughter off, to the local orthodox bishop. (Slightly improbably, a squad of veteran British faces – Susan Hampshire, Jane Lapotaire, Rupert Graves – put in an appearance.) The tactic is successful to some degree, especially in spotlighting the divided allegiances of their Turkish intimates: Halil warns his employers that the young Turks plan to assassinate Dimitris. But the desire to fully map out this polyglot world has a tendency to reduce many characters to walking Wikipedia entries.

There’s also a faint but unsettling Greek bias here, especially in continued assertions that the ancient Hellenic presence means “Asia Minor” is truly theirs. The intransigence is understandable in the light of the later bloodshed but it’s at odds with the film’s supposed multiculturalism and prevents a more rounded grasp of history (such as reflecting on the irony that Atatürk, responsible for this nationalistic sanitising, was born in Greece). Smyrna catches the intoxication and panic of the moment, but its longer-term perspective – as seen in its overarching recipe-book conceit – is sickly sweet.