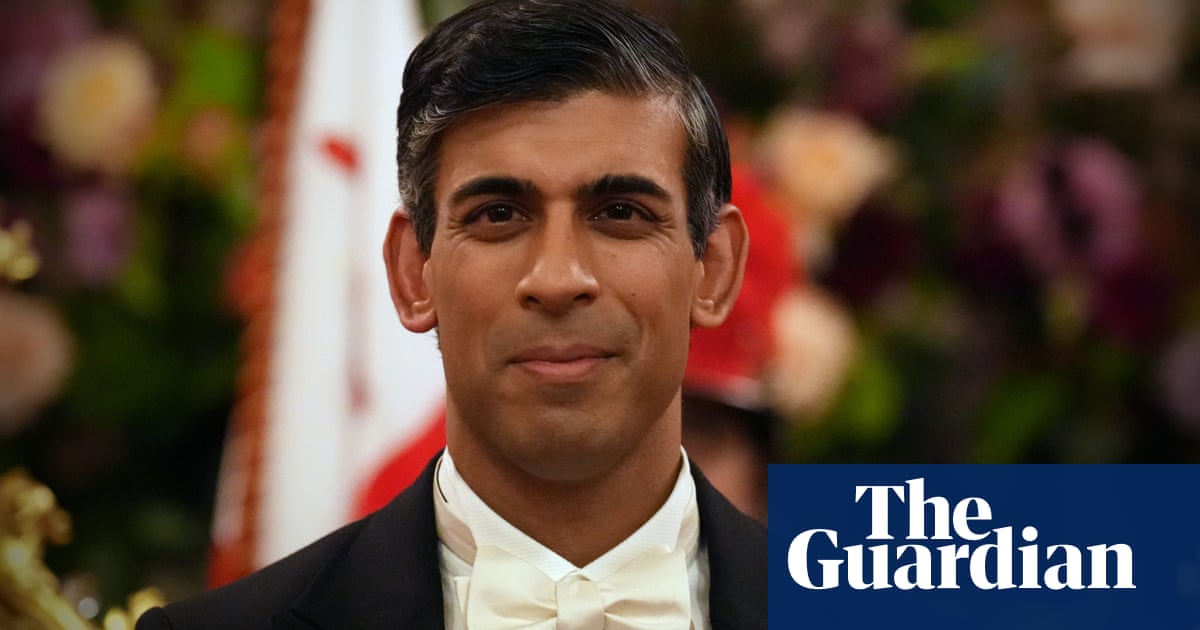 Rishi Sunak has signalled the end of the “golden era” of relations between Britain and China, using his first major foreign policy speech to warn of the creeping authoritarianism of Xi Jinping’s regime.

As police in China launched a show of force in an attempt to contain the highest levels of civil disobedience seen in decades, the prime minister threw his support behind protesters by condemning Beijing’s “crackdown”, as well as the assault of a BBC journalist.

Sunak suggested a hardening of diplomatic relations and called China a “systemic challenge to our values and interests”, while also confirming the UK’s defence and security strategy for the next decade, known as the Integrated Review, would be updated in the new year.

However, he stopped short of calling China a threat, admitting western countries could not ignore its influence over world affairs and ability to help with shared challenges such as economic stability and climate change.

The move marked an abrupt change from his more hardline stance while running for the Conservative leadership over the summer, sparking criticism it was “thin as gruel” and similar to the “appeasement” strategy initially adopted by Britain toward the Nazis in the 1930s.

Recalling a term coined by David Cameron in 2015, the prime minister told dignitaries at the Lord Mayor’s Banquet on Monday night: “The so-called ‘golden era’ is over, along with the naive idea that trade would lead to social and political reform.”

Sunak cautioned that Britain’s adversaries were planning for the “long-term”, and the UK needed to take a “longer-term view on China”.

He said: “We recognise China poses a systemic challenge to our values and interests, a challenge that grows more acute as it moves towards even greater authoritarianism.

“Instead of listening to their people’s protests, the Chinese government has chosen to crack down further, including by assaulting a BBC journalist.

“The media – and our parliamentarians – must be able to highlight these issues without sanction, including calling out abuses in Xinjiang – and the curtailment of freedom in Hong Kong.”

Sunak was referring to China sanctioning some Tory MPs last year for raising concerns about what the UN has called “serious human rights violations” against Uyghur Muslims in the Xinjiang province. It was the clearest indication in his speech that it partly aimed to reassure some in his party who fear he is soft on standing up to Beijing.

However, one sanctioned MP, former Tory leader Iain Duncan Smith, said Sunak should go further than calling China a “systemic challenge”, and instead classify the country as a “threat” in the updated Integrated Review.

“China understands strength, they also recognise weakness and they’ll see this as a weakness,” he told the Guardian, adding Sunak’s vow to show “robust pragmatism” was “tautological nonsense” and amounted to “appeasement”.

He told Channel 4 News: “I just feel the road to appeasement we went through in the 1930s, if we’ve learned any lesson at all it is the more you appease dictatorships, that impose authority on their people and strip away human rights, the more you drift into dangerous waters.”

In the summer Tory leadership race, Sunak said China was “the biggest-long term threat to Britain and the world’s economic and national security”.

His predecessor, Liz Truss, had been preparing to recast China formally as a threat in an updated version of the Integrated Review.

While Sunak’s language matched the finding of last month’s US national security strategy, which said China posed “systemic challenges”, his refusal to use the word “threat” threatens to exacerbate another rift in the Conservative party.

Senior Tories have been growing increasingly concerned at reports of so-called “Chinese police stations” being set up in the UK and across Europe, as well as the suppression of protests in Hong Kong and, more recently, in mainland China amid anger over the rigid zero-Covid policy.

Sunak stressed the UK would deepen its ties with Indo-Pacific nations, given he said the region would deliver more than half of global growth compared with just a quarter from Europe and North America combined by 2050.

He added: “By deepening these ties we’ll help protect the arteries and ventricles of the global economy, supporting security and prosperity – both at home in our European neighbourhood and in the Indo-Pacific.”

After visiting Ukraine this month, Sunak condemned Russia for “challenging the fundamental principles” of the UN charter. On the trip, which took place days before the start of the World Cup, Sunak said he witnessed seen a child’s football turned into a “booby trap” containing an explosive device.

“It defies belief, so be in no doubt we will stand with Ukraine for as long as it takes,” the prime minister said. “We will maintain or increase our military aid next year. And we will provide new support for air defence, to protect the Ukrainian people and the critical infrastructure they rely on.”

Sunak did admit the botched withdrawal of western forces from Afghanistan – as well as recent economic strife and the handling of the Covid pandemic – had led some to claim “the West was weak”.

However, he said the collective rallying against Russia – including Sweden and Finland’s moves to join Nato – had “shown the depth of our collective resolve”.

Sunak quoted Henry Kissinger and philosopher Edmund Burke in his observations on global affairs. But he could not avoid addressing a domestic problem: the pressure from hardline Brexiters jittery about any plans to seek a closer relationship to help boost growth.

Sunak insisted that, while cooperation with close allies was important, there would never be any relationship with Brussels that relied on alignment under EU law.

“Instead, we’ll foster respectful, mature relationships with our European neighbours on shared issues like energy and illegal migration to strengthen our resilience against strategic vulnerabilities,” he said.

David Lammy, Labour’s shadow foreign secretary, called the speech “thin as gruel”. He said: “All it shows is that once again the Conservative government is flip-flopping its rhetoric on China.

“Instead of talk, we need policy. The government urgently needs to publish its long-promised China strategy as well as its update to the Integrated Review that is already out of date.”