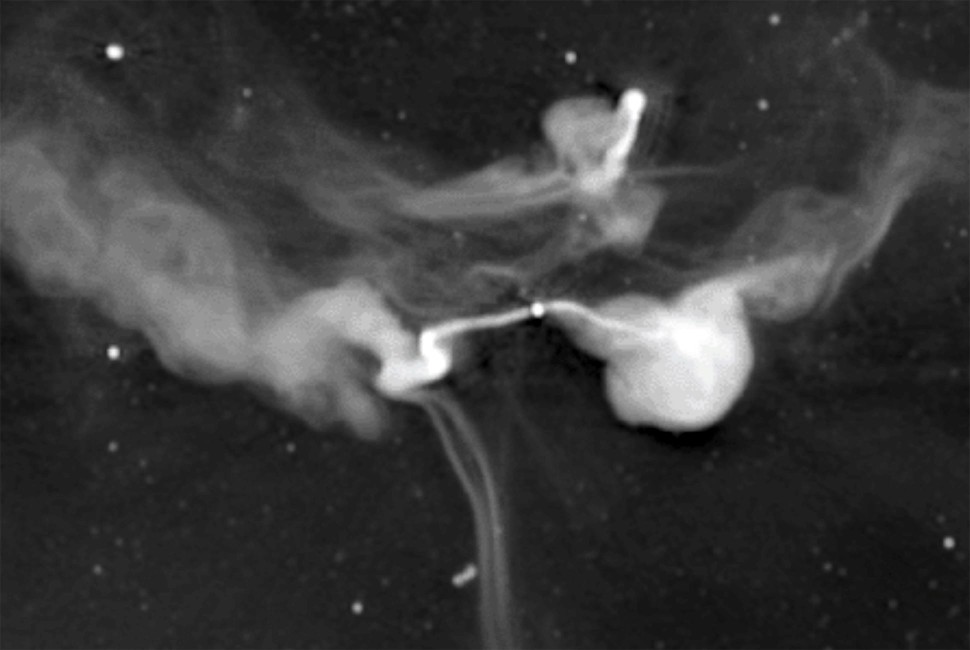 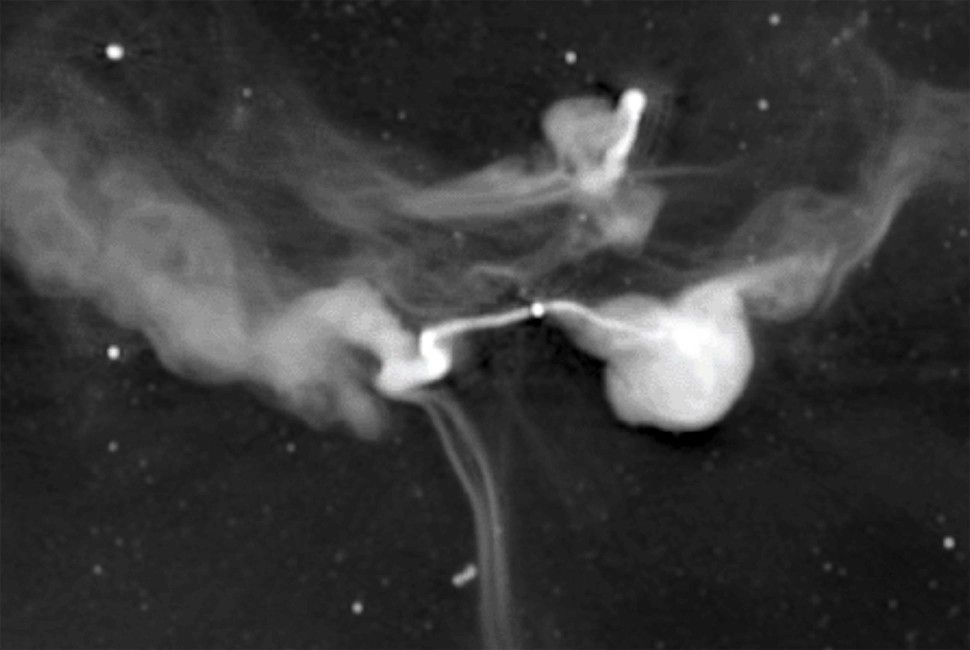 Astronomers have discovered the distant relatives of huge, highly organized magnetic filaments dangling in the center of the Milky Way, a discovery that could help scientists finally explain these mysterious structures.

These filaments dangle around the supermassive black hole at the center of the Milky Way. Astrophysicist Farhad Zadeh, now at Northwestern University in Illinois, first discovered the structures in the 1980s, when they left him puzzled and fascinated. Butarlier this year, Zadeh spotted about 1,000 similar filaments in a distant galaxy, offering a new clue. These magnetic filaments appear in pairs or clusters, sometimes even stacked and equally spaced. By comparing the distant filaments with his previous discovery, Zadeh and his colleagues have now suggested two possible explanations for the origin of these: from an interaction between large-scale wind and clouds or by turbulence inside a weak magnetic field.

“We know a lot about the filaments in our own galactic center, and now filaments in outside galaxies are beginning to show up as a new population of extragalactic filaments,” Zadeh said in a statement. “The underlying physical mechanisms for both populations of filaments are similar despite the vastly different environments. The objects are part of the same family, but the filaments outside the Milky Way are older, distant cousins — and I mean very distant in time and space cousins.”

Since first spotting the Milky Way’s filaments, Zadeh has used radio telescopes to determine that these features are composed of electrons trapped within magnetic fields and vibrating at nearly the speed of light.

But understanding how these filaments formed took investigating the new population of filaments, located in a concentrated cluster of thousands of galaxies 1 billion light-years from Earth. Particularly intriguing was that some of these galaxies are active radio galaxies that seem to be forming large-scale magnetic filaments.

“After studying filaments in our own galactic center for all these years, I was extremely excited to see these tremendously beautiful structures,” Zadeh said in the statement. “Because we found these filaments elsewhere in the universe, it hints that something universal is happening.”

Filaments with a family resemblance

The newly uncovered population of extragalactic filaments resembles those found around the black hole at the heart of our galaxy, but possess some key differences.

The filaments in the cluster of galaxies hang off the jets of black holes..

“Some of them have amazing length, up to 200 kiloparsecs, that is about four or five times bigger than the size of our entire Milky Way,” Zadeh said. “What’s remarkable is that their electrons stay together on such a long scale. If an electron traveled at the speed of light along the filament’s length, it would take it 700,000 years. And they don’t travel at the speed of light.”

The new population of extragalactic filaments also appears to be much older, and with weaker magnetic fields, than their Milky Way relatives.

Zadeh and his colleagues suggest that the filaments could be the result of a simple interaction between obstacles like clouds of gas or dust and galactic winds, which are high-speed stellar winds that emerge from newly formed massive stars or from the effects of supermassive black holes. As these winds wrap around these clouds of gas and dust, they generate a comet-like tail.

“Wind comes from the motion of the galaxy itself as it rotates,” Zadeh said. “It’s like when you stick your hand out of the window of a moving car. There’s no wind outside, but you feel the air moving. When the galaxy moves, it creates wind that could be pushing through places where the cosmic ray particles are fairly loose. It sweeps the material and creates a filamentary structure.”

However, when the team simulated a turbulent intracluster environment, long filamentary structures developed, pointing to an alternative creation mechanism. As radio galaxies move, their gravitational influences stir up this medium, creating swirling eddies of plasma. Then,weak magnetic fields wrap around these eddies, which stretches the magnetic fields out and amplifies them, eventually transforming the fields into long filaments.

Even with two potential formation mechanisms, Zadeh is still fascinated by the filaments.

“All of these filaments outside our galaxy are very old,” he said. “They are almost from a different era of our universe and yet signal the Milky Way inhabitants that a common origin exists for the formation of the filaments. I think this is remarkable.”

The team’s research was published Nov. 2 in the Astrophysical Journal Letters.