DAVID Beckham has checked out of his five-star Qatar hotel after almost a week after fans discovered where he was staying.

The former England star has reportedly been enjoying a stint at the elegant Baraha View suite at the Mandarin Oriental in Doha – costing up to £20,000 a night.

Located on the hotel’s top floor, the room comes with its own dining area, private concierge, open air courtyard, private pool and gym.

But according to the Mail Online, Beckham checked out over the weekend after word spread about his accommodation status.

A source told the outlet: “The staff have loved having him here and referred to him as ‘Sir David’ because he was so respectful and respected back by everyone.

“He wasn’t seen much at all by the other guests because he had a lovely suite which is like a hotel within a hotel, meaning he didn’t need to mix with them. 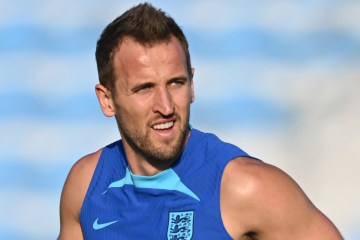 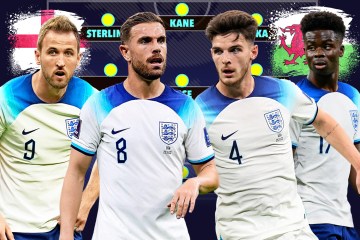 “He’s been very polite and charming to the staff and seems like a very decent man. Sir David is one of the most famous men in world football and it’s been an honour having him here.

“It’s a pity he’s no longer here but I’m sure he’ll be back. Who wouldn’t love staying here?”

During his stay, the footy ace reportedly enjoyed the use of a personal chef while taking in the stunning views from the luxury city suite.

To avoid being detected by paparazzi, Beckham has been making his way in an out of the luxury hotel using a private lobby entrance.

On matchdays, he has reportedly been ferried around the capital in a blacked out limousine.

In addition, Beckham has also spent time broadening his knowledge of local culture in his role as a public relations officer for the Qatari organising committee.

However, he has been soaking up the lavish Qatari lifestyle alone, with his wife Victoria and their children thought to be in the UK.

The former footy ace has regularly come under fire after he sealed his reported £150 million ten-year deal with Qatar to be its ambassador.

Commentators – including comedian Joe Lycett – have slammed him for his association with the gulf nation, due it’s human rights record and its attitude towards women and the LGBT community.

Since the tournament began, Beckham had kept a low profile and has not commented on the matter.