EVERY Christmas it seems like there’s a new ‘must-buy’ toy or accessory that absolutely every child in the world is desperate to get from Santa.

But it can be really difficult to know what’s actually worth the money, and which purchases will be used once and then immediately discarded.

It can be hard to predict, especially as every child is different, but based on her own experience mum-of-two Maddy Alexander-Grout believes there are some purchases that are more hassle than they’re worth.

Here, Maddy – who is also CEO of money saving app My VIP Rewards – shares the toys she doesn’t recommend spending money on this Christmas, and her reasons why…

A very popular product for good reason, but perhaps best avoided while you have easily-distracted kids at Christmas, is Play Doh.

Maddy says: “As soon as you get it out of the pot it fills you with dread. 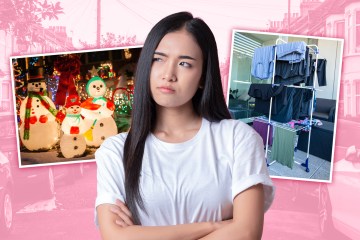 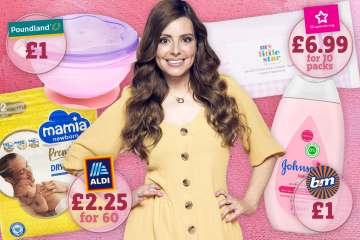 “Mixed up Play Doh is a parent’s nightmare!

“Brown sludge that goes hard if you leave it out for more than five minutes, it then gets trodden into the carpet and the next time you get it out it’s all dried up!”

Let go of (some) Lego

Parents of children who have a tendency to lose things need to be wary of lego sets – but that’s not to say you need to avoid Lego completely.

Maddy says: “Stuff gets lost then the whole set is messed up.

“It’s cheaper to buy generic Lego and it better for kids imaginations and from a selfish point of view needs less adult input.

“It also keeps them entertained for hours.”

The ultimate gift for many children is a bike, but you don’t need to buy brand new.

Maddy says: “Secondhand does the job at a fraction of the price.

“We bought two scooters from a car boot this year for £15.

“If you buy too young it doesn’t get used at all, for example I had a little trike for my son which he rode once and is now taking up residence in the cupboard under the stairs!”

The Magna Doodle on the face of it is a great idea – but can be more trouble than it’s worth. Maddy says: “Half the time kids get frustrated with there only being one colour.

“They also get upset if someone wipes away their ‘masterpiece’ and simple colouring books are so much cheaper in places like The Works or The Range.

“Don’t even get me started on what happens when you tread on it!”

This was the ultimate absolute must-have at one point, and children would be desperate to get their hands on a Mr Frosty – but actually it didn’t always live up to expectations.

Maddy says: “What a waste of cupboard space!

“Ours has been under the kitchen sink, with bits missing for the last three years.

“It takes about an hour to make about an inch of ice and it’s so time consuming that kids get bored.

“Then – it’s never played with again!”

There’s nothing wrong with buying a Barbie per se – but do you really need to buy a new one every year?

Maddy says: “They’re all the same doll with just different outfits so the maximum you need is two so they can have a conversation with each other, one in each hand!

“Any more is just excessive.

“Just buy the clothes and swap them around!”