THE Russian lip filler has become one of the most sought-after beauty procedures in the world, with thousands paying for the plump pout.

But despite its growing popularity, one beauty expert has urged to steer clear of this trend, revealing the horrific aftermath many are not aware of.

The professional nurse injector, Mariam (@lps.mariam), from London, has been in the industry for almost a decade and has learnt a lot during these years.

Since joining TikTok, the pro has shared many videos on lip fillers, most recently addressing the viral Russian pout.

Sharing horrific Before and After images, Mariam claimed that this filler technique increases the risk of vascular occlusion.

In more simple terms this means that the blood is no longer able to pass through a blood vessel, leaving you with extremely bruised lips. 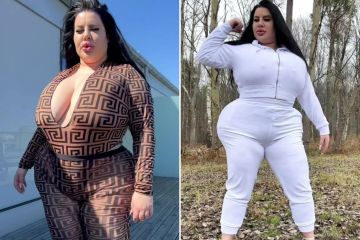 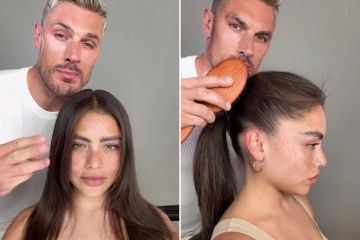 ”Awful,” the pro described in the video.

Whilst listing the reasons she’d never get Russian lips, Mariam also warned about any potential migration of the filler, which is quite common.

”Russian lips may look good initially but after a few months, this is what you’ll look like,” she pointed out to an image with severe migration on someone’s face.

”You’ll have migration in your upper lip, giving you a Marge Simpson look.”

This, in turn, leads to a lot of scar tissue to form – ”which is not good for them long term”.

”So please, stop getting Russian lips,” she urged.

But despite the claims and warnings, it seems that many viewers did not care.

Sharing her experience, one commented: ”I got Russian lips and they’re perfectly fine and pretty.”

Someone else reckoned these issues apply to every technique: ”Like why are you saying this only about russian lips and not about lip filler in general??

”Every technic [technique] can cause this…”

However, amongst the viewers were also those who thanked Mariam for the informative video.

”Oh man thats so scary,” somebody appeared to be put off for good.