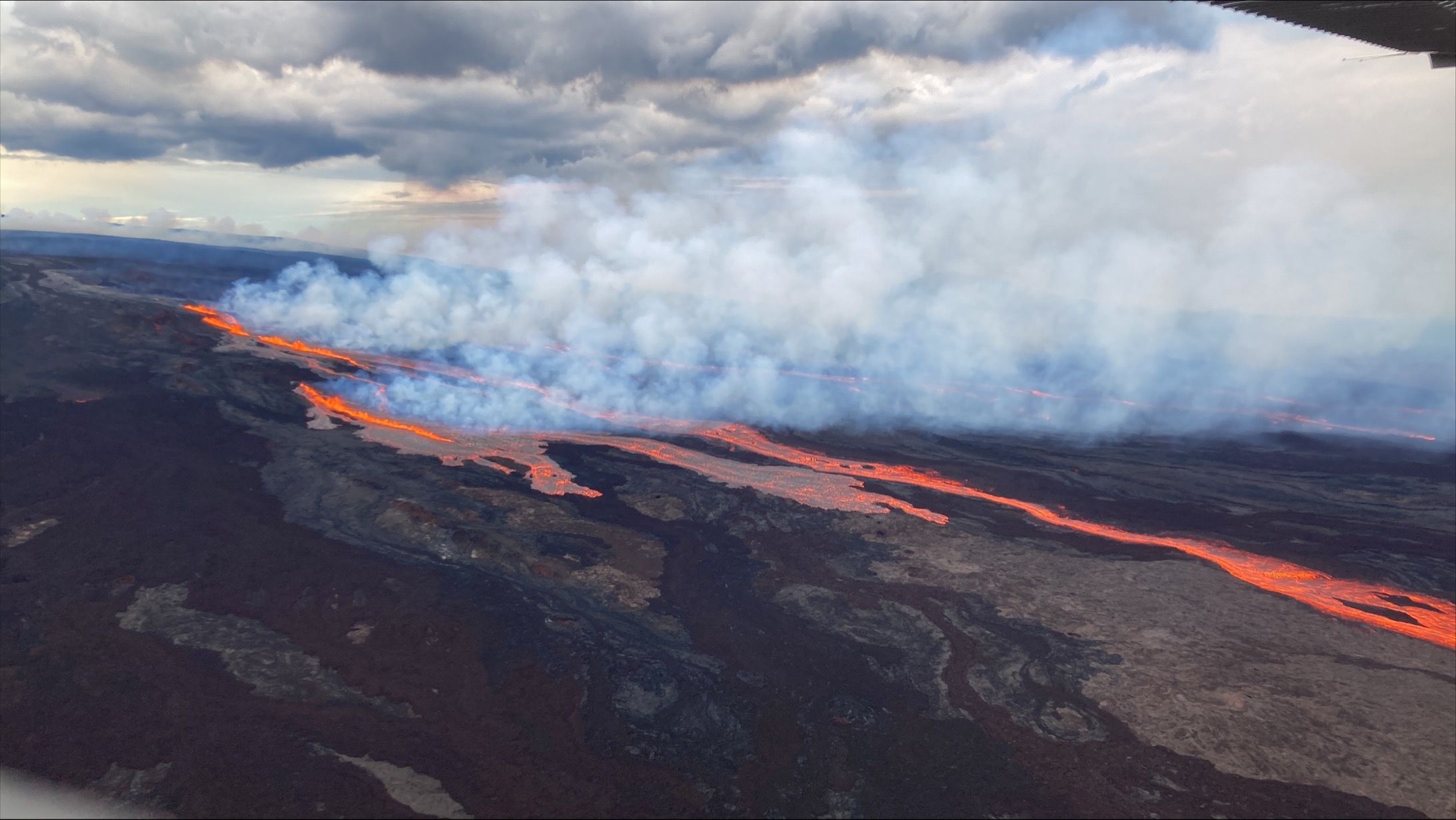 Astronomers are watching with Hawai’i residents as the largest volcano on Earth erupts for the first time in decades.

Mauna Loa, on the Big Island of Hawai’i, began spilling lava late on Sunday (Nov. 27) in its first eruption since 1984. Although most of the island’s astronomy is perched atop the neighboring summit of Maunakea, a few space-related facilities could be at risk, depending on how the eruption unfolds.

Perhaps the most recognizable among them is the Asteroid Terrestrial-Impact Last Alert System (ATLAS), which identifies near-Earth asteroids. The project operates four different observatories, one of which is atop Mauna Loa; the network as a whole has identified 145 new asteroids so far this year, according to NASA.

“The lava right now is confined to the caldera,” John Tonry, an astronomer at the University of Hawai’i and one of the principal investigators of ATLAS, told Space.com in an email. “It may subside, it may flow south, we don’t know. There is some ash flying around, and we are in shutdown state.”

At the time, he noted, the lava remained about 3 miles (5 kilometers) south of and 3,000 feet (900 meters) above the observatory. Personnel are considering removing more valuable assets from the site but have not yet deemed such a step is necessary, Tonry wrote.

For now, the lava remains confined to the volcano‘s caldera — the hollow area at the top of the mountain — and a few fissures in what geologists call the Northeast Rift Zone. As of 7:20 a.m. local time (12:20 p.m. EST or 1720 GMT), the situation appears contained. “Lava flows are not threatening any downslope communities, and all indications are that the eruption will remain in the Northeast Rift Zone,” United States Geological Survey (USGS) officials wrote in a statement.

Mauna Loa hosts a second astronomical observatory as well, this one in connection with the National Center for Atmospheric Research’s High Altitude Observatory. This larger facility focuses predominantly on atmospheric research, but does also include the Mauna Loa Solar Observatory, which monitors the sun‘s activity.

“Out of caution, our observers won’t be going up there today,” Holly Gilbert, a solar scientist and director of the High Altitude Observatory, told Space.com in an email. “It’s possible there could be lava erupting on the summit for weeks without danger to the observatory.”

The mountain is also the site of a very different type of space research, thanks to the Hawai’i Space Exploration Analog and Simulation (HI-SEAS) facility. HI-SEAS is home to a large, dome-like habitat that can host six people at a time. Missions at HI-SEAS are meant to practice for future exploration on the moon and Mars, so the facility is built on a relatively recent lava flow.

“The eruption is currently only at the summit, so the HI-SEAS research station should be just fine,” Michaela Musilova, former director of HI-SEAS, told Space.com in an email. “There are no organized missions taking place there at this time, so no one is in danger.”

Mauna Loa has been rumbling throughout recent months, according to USGS observations gathered by the Smithsonian Institution’s Global Volcanism Program. Seismic sensors around the volcano saw a slight uptick in small earthquakes in July and August, and another in September.

The USGS is monitoring the eruption and any threats it may pose to Hawai’i residents. In addition, satellites can observe local temperatures and plumes of gas produced by the volcano.