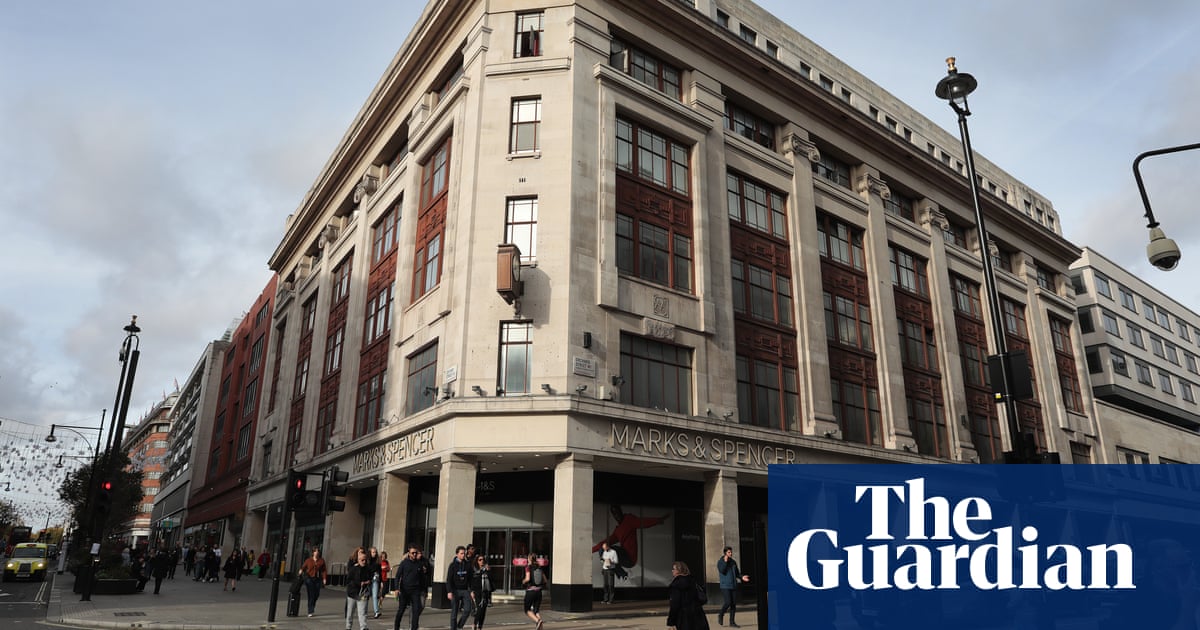 British retailers are hoping that one of the traditionally busiest shopping periods of the year will help reduce the amount of clothing filling warehouses after being caught out by improving supplier-delivery times.

Marks & Spencer is among the big retailers that have found they are receiving orders more quickly than expected, giving them an additional headache just as the UK economy braces for an expected recession.

Discounted offers from Black Friday through to Cyber Monday have in recent years boosted sales for some retailers over the period, with data collected so far indicating figures are up compared with last year but down on 2019, before Covid disrupted the sector.

Richard Lim, the chief executive of the consultancy Retail Economics, said the industry was seeing “more discounts from a greater number of discounters. That’s symptomatic of retailers sitting on too much stock. It’s almost a perfect storm for retailers.”

He contrasted annual consumer prices index inflation of 11.1% in October and a forecast of a long recession with the Bank of England’s forecasts in February, which showed a peak of only 7% and suggested the economy would continue to grow.

“For many retailers, they’re caught out with too much stock,” he said. “Demand has taken a significant hit and inflation has risen much more quickly than expected.

“Black Friday is a chance to turn that stock into cash,” he added.

M&S has been forced to ask suppliers to postpone deliveries to its warehouses and has delayed finalising orders for next year, the Sunday Times first reported. M&S has also discounted some coats, jackets and boots.

A spokesperson for M&S said: “Sector-wide, lead times are normalising post-Covid and this means, like other retailers, we are having to readjust stock flow.”

The industry had been expecting “more of a muted Black Friday in the context of a cost of living crisis”, Lim said, suggesting “polarised” spending patterns are likely. Those households with means will bring forward purchases, while others will be forced to concentrate on essentials, he said.

Data from Springboard, which tracks shopper numbers, showed a noticeable bump in traffic in the UK on Black Friday. Shopper numbers rose by 12% compared with the week before, and were 9% higher than on Black Friday 2021. However, they remained 19% lower than in 2019.

Footfall only increased “very marginally” on Saturday, up 0.9% compared with the week before. Diane Wehrle, Springboard’s insights director, said she did not expect significantly higher traffic in shops on Monday.

Separate data from Sensormatic showed UK footfall across all retailers rose 3.7% on Black Friday compared with last year, but still down by 21% on pre-pandemic levels. The picture was complicated by the football World Cup, with Wales and England both playing on Friday. While neither game offered a huge deal of excitement for fans, they “provided a welcome boost to retail footfall”, said Andy Sumpter, a consultant at Sensormatic.