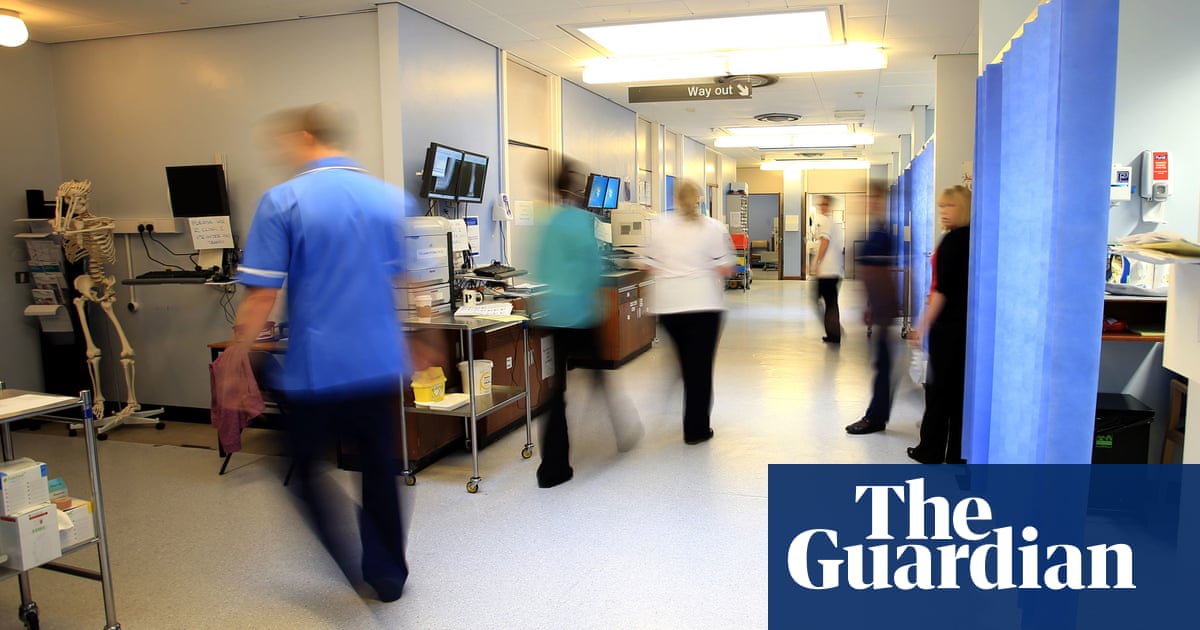 Brexit has worsened the UK’s acute shortage of doctors in key areas of care and led to more than 4,000 European doctors choosing not to work in the NHS, research reveals.

The disclosure comes as growing numbers of medics quit in disillusionment at their relentlessly busy working lives in the increasingly overstretched health service. Official figures show the NHS in England alone has vacancies for 10,582 physicians.

Britain has 4,285 fewer European doctors than if the rising numbers who were coming before the Brexit vote in 2016 had been maintained since then, according to analysis by the Nuffield Trust health thinktank which it has shared with the Guardian.

In 2021, a total of 37,035 medics from the EU and European free trade Area (EFTA) were working in the UK. However, there would have been 41,320 – or 4,285 more – if the decision to leave the EU had not triggered a “slowdown” in medical recruitment from the EU and the EFTA quartet of Norway, Iceland, Switzerland and Lichtenstein.

The dropoff has left four major types of medical specialities that have longstanding doctor shortages – anaesthetics, children, psychiatry, and heart and lung treatment – failing to keep up with a demand for care heightened by Covid and an ageing population.

Just one example of how the slowdown is affecting day-to-day NHS care is the limit on the amount of surgery that can take place, said the Nuffield Trust researcher Martha McCarey, the lead author of the analysis. The UK has 394 fewer EU/EFTA anaesthetists than if pre-Brexit numbers had continued, she found.

“The NHS has struggled to recruit vital specialists such as anaesthetists at home, and Brexit looks to be worsening longstanding workforce shortages in some professional groups. Without anaesthetists, many operations cannot happen,” she said.

The findings come amid calls from business leaders for ministers to rethink how immigration into Britain works to help overcome economy-wide labour shortages. These have deepened in recent years, partly as a result of the UK ending automatic free movement for EU nationals. The Confederation of British Industry has been particularly vocal in that demand.

The Nuffield Trust blamed the dropoff in doctors on the fact that EU-trained medics seeking to work in the UK now face extra bureaucracy and higher costs as a direct result of Brexit. “Since the referendum campaign, greater costs, more paperwork and uncertainty over visas because of Brexit have been among the biggest barriers to recruiting and keeping EU and EFTA doctors,” said McCarey.

The NHS has 369 fewer cardiothoracic surgeons, 288 fewer paediatricians and 165 fewer psychiatrists if recruitment patterns seen before the 2016 vote had been maintained.

She added: “From absurd pension rules to expensive visas, the Conservatives are strangling our pipeline of NHS staff with red tape. The NHS is on its knees after years of the Conservative government running the service into the ground.

“These figures are shocking and yet more evidence if any was needed of the Conservatives’ incompetence.”

Brexit has had a far more damaging effect on the NHS’s ability to hire nurses from the EU. While 9,389 nurses and midwives who had trained in the bloc came to work in Britain in 2015-16, only 663 did so in 2021-22, data released by the Nursing and Midwifery Council (NMC) in May showed. However, that dramatic drop has been offset by a huge rise in the number of those professionals coming from the rest of the world, notably India and the Philippines, the regulator said. A report due this week from the NMC is expected to confirm the trends have continued in recent months.

The UK has 58,000 fewer nurses than if the numbers arriving pre-Brexit had continued. “Nursing saw a far more dramatic collapse in EU and EFTA migration around the time of the referendum, as mass recruitment ended and a new language test came in,” the NMC analysis said. While there are 29,000, that would have been as many as 87,000 if things had not changed in 2016, it estimated.

The British Medical Association (BMA), the main doctors’ union, lamented the smaller than expected number of European doctors deciding to work in the UK since Brexit.

“Whilst we have such severe staffing shortages in the NHS, including nearly 11,000 medical vacancies in English hospitals alone, it’s deeply disappointing that Brexit has meant we’re losing out on more than 4,000 EU doctors who could be caring for patients,” said Dr Kitty Mohan, the chair of the BMA’s international doctors committee.

“Even with efforts to increase domestic supply of doctors, given the length of time it takes to train these specialists, we will still find ourselves short without recruiting and retaining our EU and international colleagues.”

Research published in March 2021 found Brexit had left many European doctors already in the UK feeling unwelcome, alienated and insecure about their future working lives in Britain.

The decision to leave the EU had a “profound impact” on those medics. And it produced “anger, worry and frustration, along with objective concerns about legal status, qualifications, training and pensions contributing to the strong impact of Brexit felt in their personal and professional lives”, the study by academics at Brunel University and Queen Mary University of London found.

The Guardian approached the Department of Health and Social Care for comment.