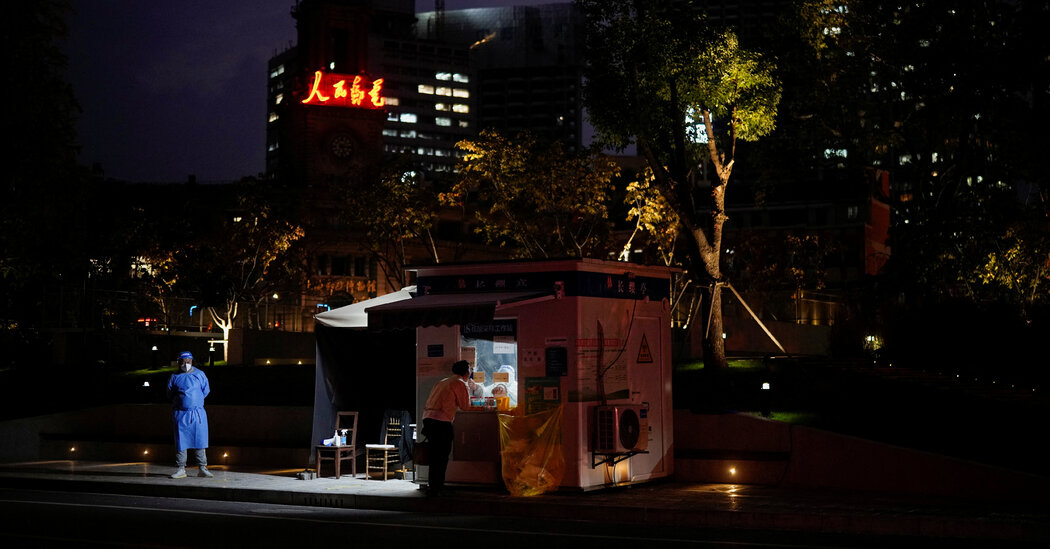 Protests spread to cities and campuses in China on Saturday night amid rising public anger at the country’s strict but faltering controls against the spread of Covid, with a crowd in Shanghai going so far as to call for the removal of the national leader, Xi Jinping.

The demonstration occurred after an outpouring of anger online and after a street protest erupted on Friday in Urumqi, the regional capital of Xinjiang in western China, where at least 10 people died and nine others were injured a day earlier in an apartment fire. Many Chinese people say they suspect that those killed were hindered from escaping their homes by Covid restrictions — despite government denials.

The tragedy has fanned broader calls for officials to ease China’s harsh regimen of Covid tests, urban lockdowns and restrictions on movement three years into the pandemic.

The biggest protest on Saturday appeared to have occurred in Shanghai, where college and university students were among hundreds of people who gathered at an intersection of Urumqi Road — named after the city in Xinjiang — to mourn the dead with candles and signs. The numbers grew, defying police efforts to hold back the throng, and chants broke out, with people calling for an easing of the Covid controls, video footage showed.

“We want freedom,” the protesters chanted.

They used obscene language to denounce the demand that residents check in with a Covid phone app in public places such as shops and parks. While lines of police officers watched, some in the crowd directed their anger at Mr. Xi, a rare act of political defiance that was likely to alarm Communist Party officials, prompting tighter censorship and policing.

“Xi Jinping!” a man in the crowd repeatedly shouted.

“Step down!” some chanted in response.

Mr. Xi won a groundbreaking third term as the Communist Party’s general secretary last month, entrenching his status as China’s most powerful leader in decades. He also packed a new national leadership lineup with loyalist officials, and his hold on power seems assured.

But the night of public anger indicated that Mr. Xi’s stringent Covid policies, heralded as a success for China after the pandemic spread globally from there in early 2020, have increasingly become a liability. The Covid controls have hurt restaurants, tour operators and other small businesses, adding to China’s recent economic slowdown.

The outbreak of discontent also appears likely to add pressure to the Chinese government’s efforts to maintain a “dynamic zero Covid” policy. This month, the government announced measures to ease the restrictions that have made travel and business difficult for many residents. But the local authorities are still under pressure to keep infections to near zero, leading to confusion and flip-flops in rules.

The deadly fire in Urumqi appeared to crystallize public anger over those pressures.

“Before I felt I was a coward, but now at this moment I feel I can stand up,” a young man who said he was from Xinjiang told a gathering at a campus of the Communication University of China in Nanjing, in eastern China, according to a video published online and whose location was verified by The Times. Hundreds held up their phones like lit candles.

“I speak for my home region, speak for those friends who lost relatives and kin in the fire disaster and,” he added, “for the deceased.”