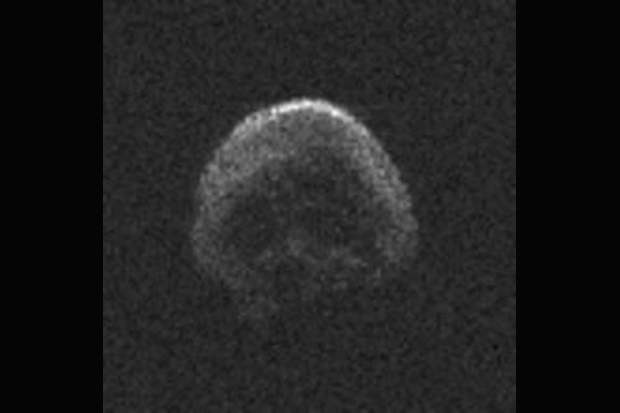 On Oct. 31, 2015, an asteroid shaped like a human skull flew by Earth. It arrived with excellent timing on Halloween, which made the already-creepy asteroid even creepier.

During its closest approach, it was about 300,000 miles from Earth, or 1.3 times the average distance between Earth and the moon. So, it didn’t pose a threat to our planet. It was discovered by astronomers at Hawaii’s Pan-STARRS observatory only three weeks before the flyby, and it was given the official designation “2015 TB145.”

But no one knew what it looked like until the day before Halloween, when the Arecibo Observatory in Puerto Rico captured the first radar images. NASA called the asteroid the “Great Pumpkin,” while others called it the “Halloween Asteroid.”