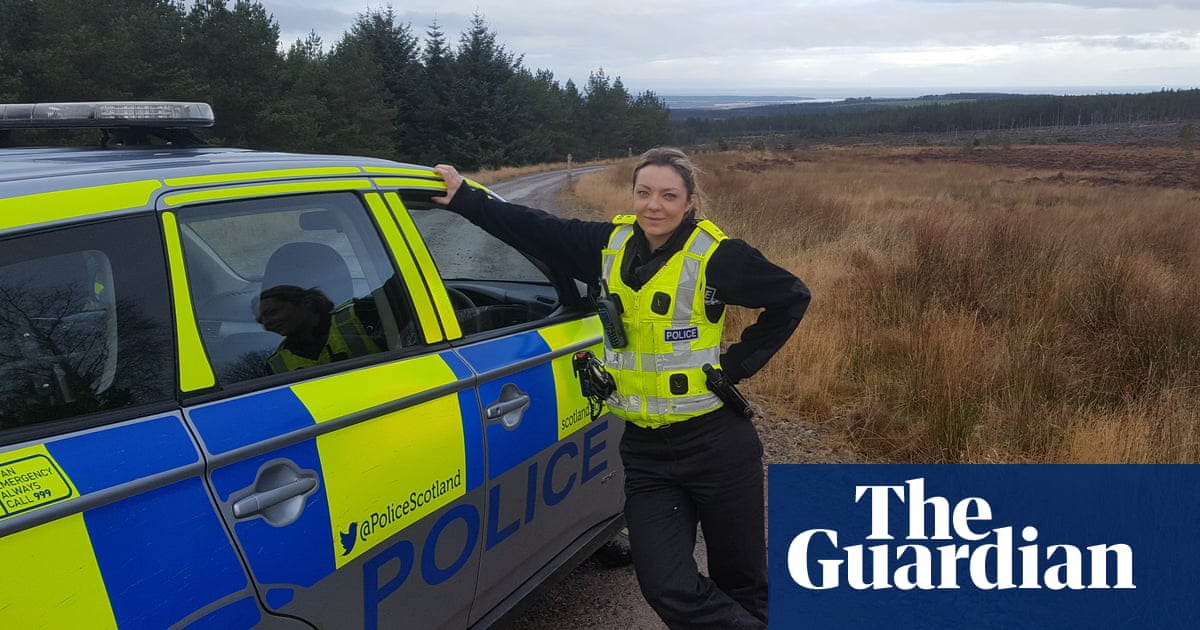 ​​A former police officer says she has lost all faith in Police Scotland’s capacity to tackle bullying and misogyny within its ranks, as an ex-colleague awaits sentence for sexually assaulting her more than four years after she initially made a complaint.

Gemma MacRae says she was targeted by a “boys’ club” of colleagues at Forres police station, in Moray, after she accused her ex-partner, also a police officer, of domestic abuse, and that as the intimidation grew worse her superiors “did nothing to protect me”.

Amid growing concerns that the force has a systemic problem with misogynistic bullying, a senior officer acknowledged in the Guardian earlier this month that Police Scotland needed to be “the safest place to work” for women. Last week, it was reported that the force was investigating one of its officers in connection with the alleged rape of another officer at the Scottish Police College.

Waiving her right to anonymity, MacRae says: “Police Scotland are currently making public statements about tackling sexism and misogyny, however, that very same management ignored my complaints. There’s always this attitude of trying to cover it up.” The force had to take a zero-tolerance approach across all ranks, she says.

MacRae told Elgin sheriff court that Scott Gallop, who was allowed to continue working after the initial complaint was lodged in February 2018 until he retired from the force at the end of that year, had touched her inappropriately on her bottom and waist on a number of occasions, as well as sending her sexually explicit text messages.

MacRae, who says she endured extensive bullying from other colleagues, is taking the force to an employment tribunal, which was paused while the criminal case was heard.

During one incident, MacRae says, colleagues (Gallop was not involved) drove her to an isolated forest late at night on the pretext of attending an incident. She was ordered out of the van, which drove off at speed, leaving her alone in the dark.

“I remember it was pitch black, and I was shocked and scared. I thought: I can’t come into work on a daily basis not knowing whether I’ll be safe. I stood there in complete despair for my life. Those male officers did this to me knowing what I had reported about my former partner.”

Her colleagues returned after almost half an hour. “You’re just so degraded. I can’t describe how crushing it is to be in that environment and you just can’t escape.”

While Gallop’s guilty verdict was “validating”, she added, it brought with it a mix of emotions. She quit the force in May 2021 and lives in Norway.

There is also anger and frustration at missed opportunities to deal with this and other women’s complaints, after a number of other women reported sexist bullying incidents at the same station, including a heavily pregnant female officer allegedly being locked in a first-floor office and breaking out via a fire escape.

Aside from Gallop, no action has been taken against five other officers who faced these allegations after an investigation by Scotland’s policing watchdog, the Police Investigations and Review Commissioner (PIRC). No action was taken against MacRae’s former partner.

MacRae has been supported in her ordeal by other women who have faced similar experiences, including Karen Harper, who became a whistleblower after an employment tribunal found that she was victimised by her then boss, Sgt Doug Bell, because she lodged a bullying complaint against him. The 2020 ruling was the result of a five-year legal battle. Bell was separately cleared of bullying by Police Scotland and is retired.

Also in 2020, a damning report by the former lord advocate Dame Elish Angiolini found that discrimination was rife in Police Scotland with the complaints system not fit for purpose.

Harper contributed to the Angiolini report, which she says “demonstrated the urgent need to address police misogyny, particularly when male violence against woman and girls in Scotland is rising. Parliament must demand evidence of culture change across all ranks, with real penalties for failure.”

In May, Police Scotland paid out nearly £1m in damages to Rhona Malone, a former firearms officer, after an employment tribunal found she had been victimised by a “horrific” boys’ club culture in the force’s elite armed response unit.

Malone said: “When you look at all that has happened to me, to Gemma, and to many other women, the focus has always been ‘How can we keep this quiet?’ rather than on the needs of the victims. I don’t believe that Police Scotland has the tools, ability or will to change culture.”

Stephen Smith, of Livingstone Brown solicitors, who represents MacRae and Harper, said: “These cases took place in different police divisions across Scotland. This is indicative of a systemic culture of sexist bullying – not some rogue sergeant or lack of training.” Smith added that he was aware of other complaints yet to be made public.

Assistant chief constable Alan Speirs, Police Scotland’s executive lead for professionalism and assurance, said: “Scott Gallop’s conduct fell far below the high standards of professional behaviour the public rightly expects of a police officer. It takes a great deal of courage to report sexual assault and I understand how much more challenging that must be when the offender is a police officer.”

Since the PIRC investigation, he added, “Police Scotland assessed a number of matters and – although conduct proceedings are private – appropriate action was taken to address behaviour that was not in line with our values of integrity, fairness, respect and upholding human rights”.

Recruitment and postings in the Moray area have been reviewed.