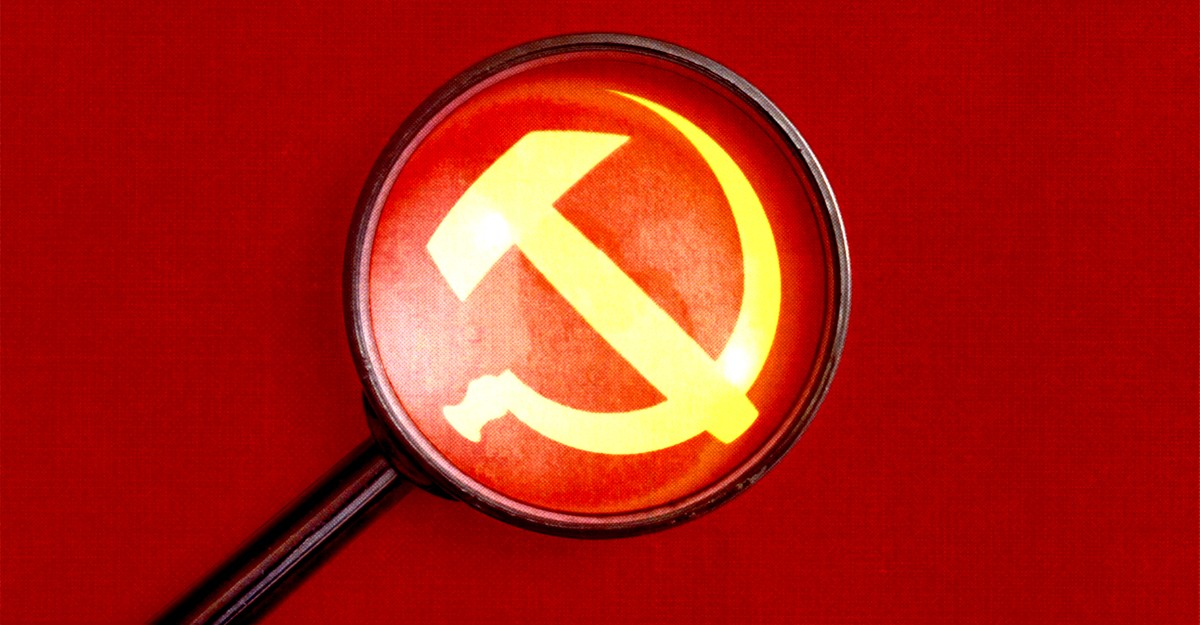 When the clock struck midnight to bring in the new year of 1992, most people around the world had only celebration in mind. Yet in Moscow, there was much confusion. A few days earlier, Soviet President Mikhail Gorbachev had conceded political defeat, announcing that the U.S.S.R. would cease to exist at the end of December. A state that had challenged global capitalism since October 1917 and contended the Cold War in the name of communism after World War II would disappear. Gorbachev had inscribed his name in world history. The Cold War ended on his watch, and he helped set in motion a transition to democracy and a market economy for the nascent Russian Federation.

Some Westerners, too, felt disturbed by these events—even as they welcomed them. The doyen of Cold War literature, John le Carré, had made his mark by examining the darknesses of plot and counterplot by Soviet and British espionage agencies. Aware that events were taking the turf from his literary lawn, he had to turn to new spy-free subjects. He was not the only one forced to make a career adjustment. This was also the fate of a professional class of experts in Soviet politics or Soviet economics: the Sovietologists. With the demise of the Soviet Union, were they, too, redundant? I know one Sovietologist whose friends plotted to make a prank call on January 1, 1992, informing him that, because his special subject no longer existed, his university tenure had lapsed.

They mercifully held back from lifting the phone. The joke was not very funny if studying the West’s historic adversary had been your life’s work. But all was not lost for the Sovietologists: In one important way, the immolation of their central subject allowed the resurrection of contemporary investigations in a fresh and expanded form. Sovietology had had to dig below the surface. Suddenly history and politics were aboveground, giving scholars access to a quality of information that students of France, Germany, and the United States had always been able to take for granted. Back in those years, I was writing a biography of Lenin as well as commentating on Soviet politics. The U.S.S.R.’s collapse had the welcome effect of opening some archives for me. Instead of having to speculate on the basis of hints about what Lenin had said at the politburo, I could read the original minutes.

This was a change that had, in part, begun in Gorbachev’s time, when documents were released from dusty archives and politicians made themselves available to inquisitive interviewers. Gorbachev’s policies, from the moment he became the Communist Party leader in March 1985, marked him out as very different from the previous generation of Soviet leaders. Until then, from Lenin through to Andropov and Chernenko, Soviet politics had been held in a tight corset. Gorbachev gave freedoms to the arts, to religion, and indeed to his own party that had not been allowed for decades. He expanded the scope among Soviet nations—and not just among Russians—to govern their lives. He reduced the state’s intrusion into the privacy of the home. He behaved like a Western politician, glad-handing crowds at home and abroad.

All of this constituted a break with everything that had been normal in the U.S.S.R. since the 1930s, and the reference points of traditional Sovietology proved too narrow to deal with the new realities. The task of understanding Russia now needed to involve not just the machinations inside the Kremlin but all aspects of Russian life, including culture, faith, and civil society, as well as politics and economics.

The smile that Gorbachev put on Soviet affairs did not last. His success in digging out the foundations of the Soviet order had effects that hugely disappointed him—and the people who had pinned their hopes on his program of perestroika (or restructuring). His policies crashed the economy, and with it, the administration; and these failures unleashed separatist demons. The U.S.S.R.’s disintegration was already far advanced by the time Gorbachev proclaimed its death sentence.

When Boris Yeltsin took power in Moscow, he went further than Gorbachev in adopting fresh ways of presenting Russia to the world. He proudly ceased to use the West as a term to distinguish his country from its hated adversary. He carried little ideological baggage, whereas Gorbachev could never wholly get Marxist terminology out of his lexicon. Yeltsin kept his speeches brief and avoided long words if shorter ones came to mind. His earthy manner won him popularity, and he ended those Communist-style ceremonial occasions in which the political leadership lined up in strict hierarchical order.

The unexpected result for Sovietologists was that they could no longer easily pick out who was No. 2 or No. 9 in the Kremlin power nexus. The visual clues about political trends, whose nuances they had become accustomed to decoding, had vanished. Along with them disappeared the documentary guidance that newspapers such as Pravda and Izvestia had once provided—Yeltsin and his ministers understood that Russians were fed up with pompous expositions of policy. Sovietology had also focused on lists of provincial appointments in order to gain insight into larger political trends. After Communism, such information became trickier to obtain. Equally hard to track were the twists and turns of personnel changes in particular ministries.

This seemed not to matter, because the drawbacks were outweighed by the openness of Yeltsin and other leaders to scrutiny. Russian TV and radio followed Yeltsin everywhere. Apart from when he was enjoying a drinking bout with his buddies, his willingness to be filmed was boundless. Reporters at first enjoyed a paradise of access to the presidency, but as Yeltsin sank into ill health and lost his grip on power, more and more evidence of unseemly doings in public life emerged. Russia turned into a byword for corruption and danger, as journalists exposed the close entanglement of big business, organized crime, and the Kremlin—and risked assassination for doing so.

Anne Applebaum: Gorbachev never realized what he set in motion

The old tools of Sovietology gathered rust while this situation prevailed. Instead, the expertise of business consultants was in demand. Several Western economists went over to Moscow to advise on how to organize the new Russian capitalism—not always with desirable results. The 1990s became a harrowing decade for the Russian economy and the Russian people.

Generally, though, the openness of the Yeltsin years that enabled academics to contact people and use libraries and archives in Russia continued. I, for one, appreciated the deeper feel for Russia’s past that my Russian colleagues could now communicate, a degree of nuance that no archival cache could divulge.

The fearfulness of Russians had faded—but it had not entirely disappeared. In late 1993, when my friend the German historian Rudolf Muhs and I were working on Nazi documents in the so-called Special Archive, which holds material that the Red Army seized or looted from the Nazis at the end of the Second World War—and that the KGB went on to use as kompromat against public figures in Western Europe—we collected a trove of information. One day, when we returned from lunch, we were suddenly barred access. The archivists even told us that the documents we had examined that very morning did not exist. A conversation followed that could have been lifted from a story by Nikolai Gogol. Evidently, a decision had been taken by some higher authority that Western specialists should no longer be free to root around in historical holdings of acute political sensitivity. We had to return to London with less than we had come for.

The fragility of the recent Russian freedoms was borne out at the start of the new millennium when Vladimir Putin assumed the presidency. As an ex-KGB colonel and a Russian nationalist, he set a tone and purpose sharply different from what had gone on before. He was not initially as adept at managing the mass media as Yeltsin had been. When the Kursk submarine sank in 2000, he did not immediately interrupt his vacation and rush to meet the families of dead sailors. But he learned from the ensuing dip in his popularity, and set about dazzling the Russian electorate with frequent media appearances. An extravagant cult of Putin as a strong leader was founded.

The presidential administration then became as closed to prying eyes as the Soviet politburo had been in the decades before Gorbachev. If ministers were fired, they kept shtum. The stream of memoirs by senior figures that had appeared in the Yeltsin years dried up. One rare exception was an unusually revealing autobiography by Vladimir Yakunin, one of Putin’s ex-KGB friends, who had headed Russian Railways until 2015. I wrote a review of it in 2018 for a London newspaper, noting that Yakunin was “an unlikely leaker” because of his close ties to the regime. Unfortunately, the assignment came to me shortly after the nerve-agent poisoning in Salisbury, England, of Sergei Skripal and his daughter—an attempted assassination of an intelligence source that U.K. officials said was very likely the work of a Russian military spy unit. Shortly before publication, my review was pulled from the paper’s online edition (it ran in print because that section had already gone to press); I was told that Yakunin’s representatives had lobbied for its withdrawal. The rationale, I guessed, was that they did not want any attention that might cause disquiet if read in Moscow.

Read: A KGB man to the end

The Putin administration, especially from the start of his third presidential term in 2012, has become harshly repressive. In 2015, the opposition leader Boris Nemtsov was killed while walking over a bridge near the Kremlin, an incident generally assumed to be a state-sanctioned political murder. Human-rights and pro-democracy organizations such as Memorial that exposed past and present abuses were forced to register as “foreign agents” and eventually to close their offices. The secret police, the KGB successor FSB, acquired ever more invasive powers. Rough treatment by riot police and mass jailings ensured that street protests became sparse and unusual.

Is this the politburo 2.0—and a new lease on life for Sovietology? In some ways, top-level political planning in Putin’s Kremlin is more difficult to penetrate than it was even under Leonid Brezhnev, Nikita Khrushchev, or Joseph Stalin, when fellow members of the supreme leadership at least gave clues in speeches and articles about their aims and initiatives—sources scoured by Sovietologists to gain insight into confidential debates at the highest level.

Putin guards state secrecy closely, a Cerberus at the gates of the Kremlin who bares his fangs at any breach. But he is also a compulsive flaunter of his authority: On February 21, he screened the Russian Security Council session at which he imperiously asked its members whether they endorsed the recognition of the so-called Lugansk and Donetsk People’s Republics’ separation from Ukraine—and he barked at Sergei Naryshkin, the Foreign Intelligence Service director, for dithering with his reply. No great Sovietological knowledge was required to recognize what the ritual of humiliation said about Putin’s hold on power.

Nor is Putin as mysterious as he would like to be on matters of grand policy. Le Carré, who died in 2020, would have admired the U.S. intelligence work that accurately predicted the invasion of Ukraine and pressed its warnings on skeptical European leaders. Spy craft succeeded at a moment when the traditional Sovietological methods of interpreting Moscow’s intentions were of less use.

One great lesson we can take from all of this is to keep an open mind about the tools of analysis—old and new—that we need to make sense of Russia. History also suggests that Russian politics have always been in flux, even when they seemed totally stable—as the ancient Greek philosopher Heraclitus said, “Everything flows.” That is true even in Putin’s frozen domain. However solid it looks, the ice can crack and melt.