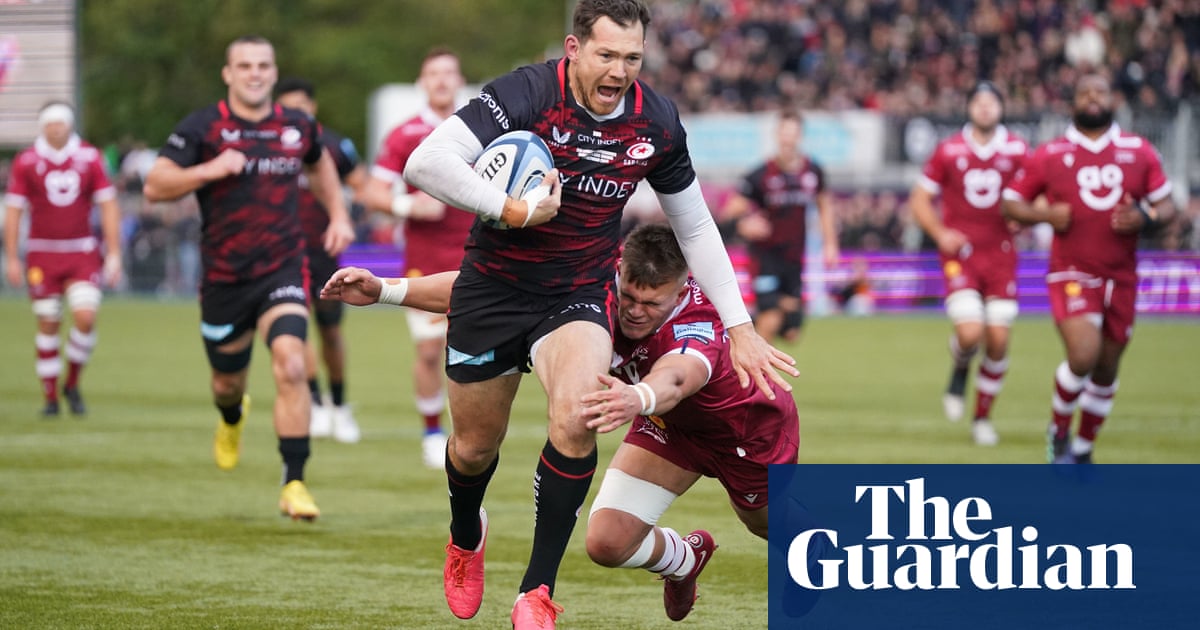 Alex Goode’s enduring brilliance was acclaimed by his director of rugby, Mark McCall, as he celebrated making a record 339th appearance for the unbeaten leaders Saracens by inspiring them to victory over Sale.

Goode ran in a devastating solo try to help break Sale’s early control and produced an array of influential touches in attack, including setting up the important final try for Nick Tompkins. The former England full‑back has spent 14 years at his only club and McCall revealed that even his own teammates are left speechless over his creative skills.

“Alex’s performance against Sale was as it always is because I don’t think there’s been a more consistent player in the Premiership for the last 10 years,” McCall said. “I can’t remember a bad game and he performs at a consistently brilliant level.

“We watched a highlights video of him on Friday and you could hear a pin drop in the room because our younger players, who haven’t really seen it all, were amazed by what they saw. Alex is obviously naturally talented and he sees things before everybody else and those qualities are obvious, but what is not so obvious to people is how driven he is and how competitive he is.

Sale endured only their second defeat of the season and Alex Sanderson, the director of rugby, was disappointed by the failure to convert their try-scoring opportunities in the second half. “We were three points down at half-time, but there were opportunities squandered on the back of some soft tries,” he said.

“I’m happy about the way we played the game and happy about the opportunities we created to give us a chance to win the game. Close but no cigar. We were a metre from the line two or three times, but you have to convert and have to get over the line.

“We came out of our system and didn’t take the opportunity to convert the obvious pressure.”