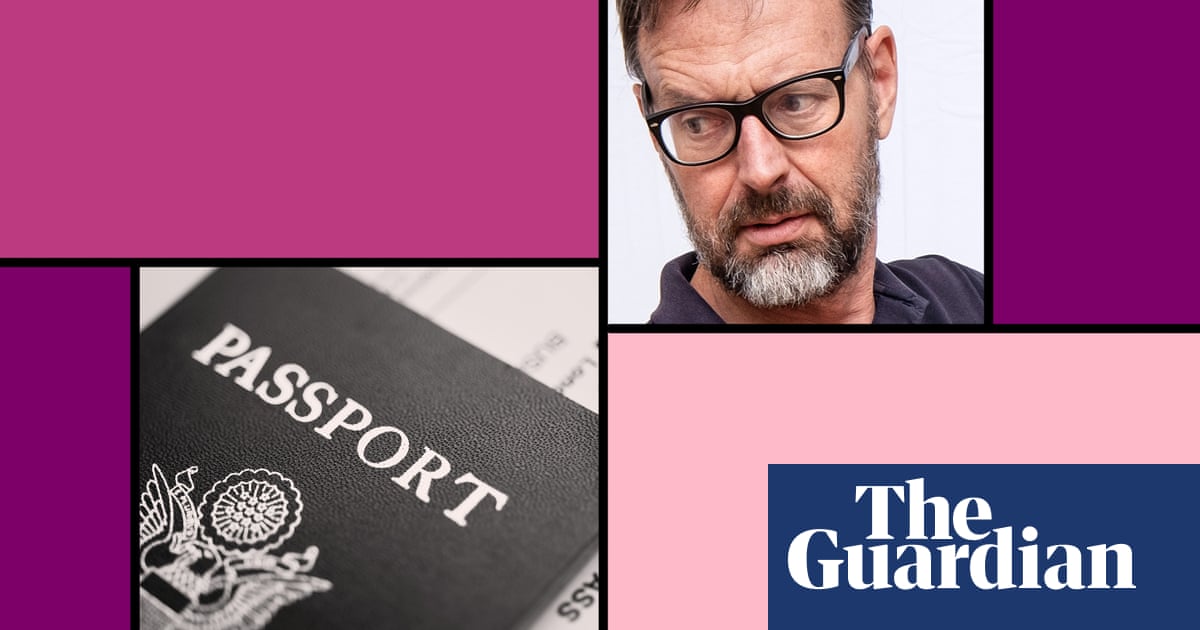 I pass my wife on the stairs with a bag.

“Have you already got my passport?” I say.

“This thing where you double-check everything I do is new,” she says. “And I don’t like it.”

I don’t like it either, but it’s important. My wife likes to manage all travel arrangements herself, but she’s not as anxious about travelling as I am, and consequently not as thorough.

“And when was the last time anything went wrong?” she says.

“The last time we were at an airport,” I say. On that day she fished through her sheaf of documents and presented me with a printed A4 page.

“Your boarding pass,” she said.

“Why does it say ‘This Is Not A Boarding Pass’ across the top?”

“Mine doesn’t say that,” she said.

Her whole approach, I tell her, is that of someone trying to fix it so she accidentally goes on holiday alone.

“Actually, I think I might prefer that,” she says.

Thanks to my last-minute, backseat micromanagement, the trip proceeds without a hitch, documentation-wise. But a lot of other things go wrong. Delay is piled upon delay, culminating in a hairy aborted landing at Dubrovnik. We arrive in Montenegro at midnight, with very little wind in our sails.

But next morning the walled town of Kotor glints in the October sun, and we soon find our way around. That’s the great thing about a walled town: no matter how lost you get, you eventually come to a wall.

Five minutes after reaching a barrier we are in a neutral zone, being exchanged like spies

On our penultimate day we realise our return coincides with a rail strike. We spend the afternoon trying to work out how to get home from Gatwick.

“The bus we want is full,” my wife says, looking at her phone. “The next unfull bus is two hours later.”

“I’m seizing the initiative,” I say, looking at my laptop. “A driver will pick us up.”

Next morning the owner of our accommodation arranges our taxi to the airport, texting to explain that the Montenegrin driver has to leave us at the Croatian border, to be picked up by another taxi. “It’s normal,” he writes.

“What time do we want picking up?” my wife asks.

At 10.15 the driver meets us by the town wall. As we drive he keeps calling his Croatian counterpart. He sounds increasingly agitated.

“What time is your flight?” he asks.

“It’s at 1.40,” my wife says. He exhales, shakes his head and places another call. The taxi from the airport took only an hour, but that was in the middle of the night, and the Croatian driver was able to cross the border.

Today, there is considerable traffic. I recall that it was me who uttered the cavalier words: “I don’t know, 10.15?”

We pull up to the border at the back of a queue of cars that stretches round a sharp bend.

“How long is this queue?” my wife says.

In the five minutes of silence that follows I try to calculate how long it will take to reach the barrier at our current rate of travel, but this is impossible because in that time we don’t move at all.

Suddenly the driver reverses and turns around.

My wife and I look at each other, thinking: the other border?

The driver places many calls while driving very quickly up a winding mountain road. Twenty minutes later we reach a barrier with one border guard and a queue of two cars. Five minutes later we are in a neutral zone, being exchanged like spies.

“I was a bit worried when I saw that queue,” my wife says as we board our plane.

We arrive at Gatwick to a call from our driver, who says he’s waiting in the smoking area outside. I step through the doors and look, this way and that.