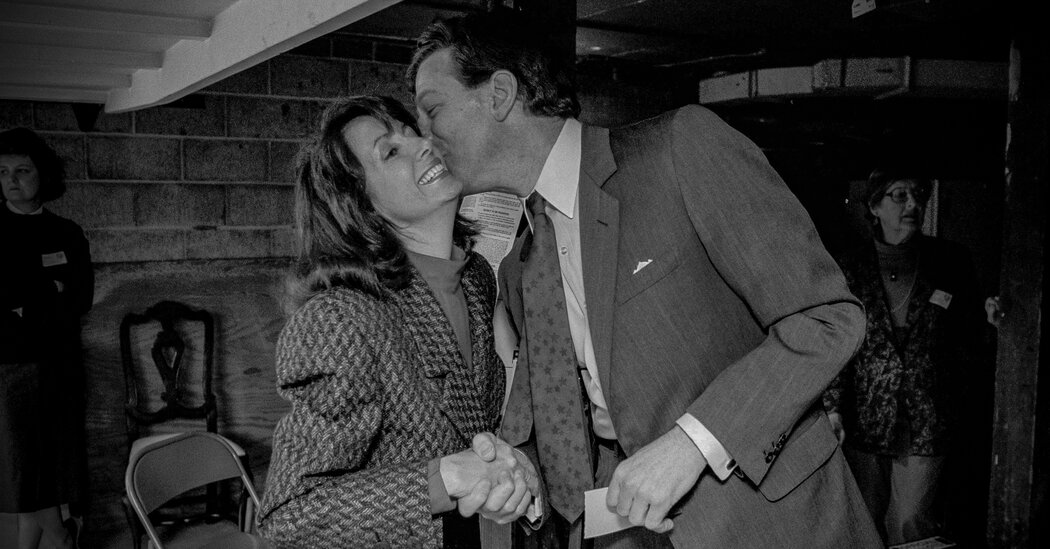 Luckily, she was safe, in D.C. with her security detail, when a man broke into her Pacific Heights home in San Francisco early Friday morning. He smashed the patio glass door and attacked her husband, who struggled with the attacker for control of a hammer. In a tingly echo of Jan. 6, the man shouted at Paul Pelosi, “Where is Nancy? Where is Nancy?” When police arrived, the man said he was “waiting for Nancy.”

Mr. Pelosi, a genial investor who likes to star in amateur musicals and who has been married to Nancy for 59 years, called 911, The Times reported, bringing police to his home and potentially saving his life. He was hit several times on his hands and head with the hammer and was taken to the hospital for surgery for a skull fracture and is expected to recover.

The police said the intruder was David DePape, a 42-year-old from Berkeley, Calif. CNN reported that DePape’s relatives confirmed that a Facebook account spewing Trumpian conspiracies on topics ranging from climate change to Covid was his. In his posts, he cast doubt on the validity of the 2020 election — sharing pillow pusher and Trump lickspittle Mike Lindell’s absurd videos. And he defended the Trump rioters who stormed the Capitol.

With his usual level of class, Donald Trump put out a message of sympathy to the family of Jerry Lee Lewis, “the Killer” of rock ’n’ roll, who died Friday at age 87, but said nothing all day about the Pelosi family.

On Twitter, Adam Kinzinger urged G.O.P. candidates and elected officials to speak out against the “horrific” attack. He probably didn’t have in mind the sort of speaking out that Gov. Glenn Youngkin of Virginia did. Youngkin made a joke of the assassination attempt: “There’s no room for violence anywhere, but we’re going to send her back to be with him in California.”

Democrats had a nice run, on climate change and gun legislation, and enjoyed some backlash to the Dark Prince of the Supreme Court, Samuel Alito. Now Republicans seem set to win back the House, and maybe the Senate, with a range of incompetent and hypocritical candidates.

“I cannot believe anybody would vote for these people,” Pelosi told The Times’s Carl Hulse on a fund-raising swing.