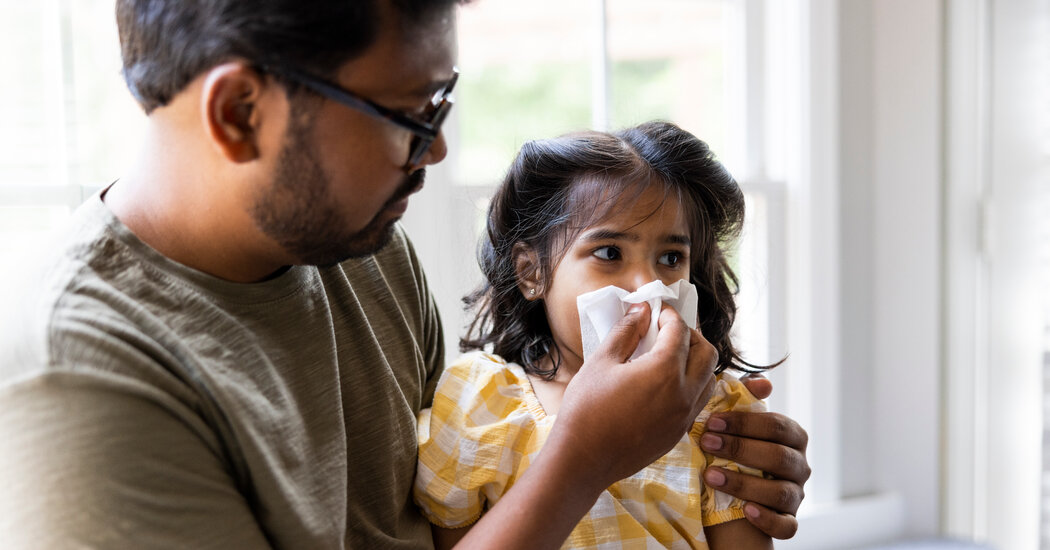 Young children tend to struggle more, not just because their immune systems are still learning to recognize and fight off viruses, but also because their airways are so small, Dr. Soni said. An R.S.V. infection can dramatically increase mucus secretions in the airways, which older children and adults are able to cough or sneeze out. But infants and toddlers do not yet have strong enough muscles to cough up all the extra fluid, so parents or health care providers need to do the job for them by suctioning their airways.

If mucus collects in the small airways in the lungs, it can cause blockages and inflammation known as bronchiolitis, which is one of the most common complications that results in hospitalization. Another outcome of severe R.S.V. in young children is pneumonia. Several studies have also linked severe R.S.V. to an increased risk of recurrent wheezing and asthma later in life. “R.S.V. can be extremely disruptive to young lungs,” Dr. Martin said.

Those at highest risk for severe infections include premature infants, babies under 6 months of age, infants and toddlers with chronic lung disease or congenital heart disease, as well as children with weakened immune systems and those who have neuromuscular disorders that make it difficult to clear out mucus.

There are rapid antigen tests and P.C.R. tests to check for R.S.V., but they are typically reserved for young children or older adults, because there is no treatment for an infection if you do not need hospitalization, Dr. Soni said. If a patient is showing signs of a severe infection, a health care provider may also check their breathing with a stethoscope and order a white blood cell count or other tests, such as a chest X-ray or CT scan.

Unlike Covid, R.S.V. can spread when people touch contaminated surfaces. It also spreads through respiratory droplets, Dr. Martin said. So it’s a good idea to disinfect surfaces, particularly in settings like day care centers, where young children are constantly touching things, sneezing on things and sticking them in their mouths.

Premature infants and children with certain medical conditions can also take a monthly monoclonal antibody medication called Palivizumab during R.S.V. season to help keep them out of the hospital.

Although several vaccines in clinical trials have started to show promise for R.S.V., none are available yet. That’s why experts recommend more general measures to prevent infection, such as frequent hand-washing — and for those who are sick, staying home.