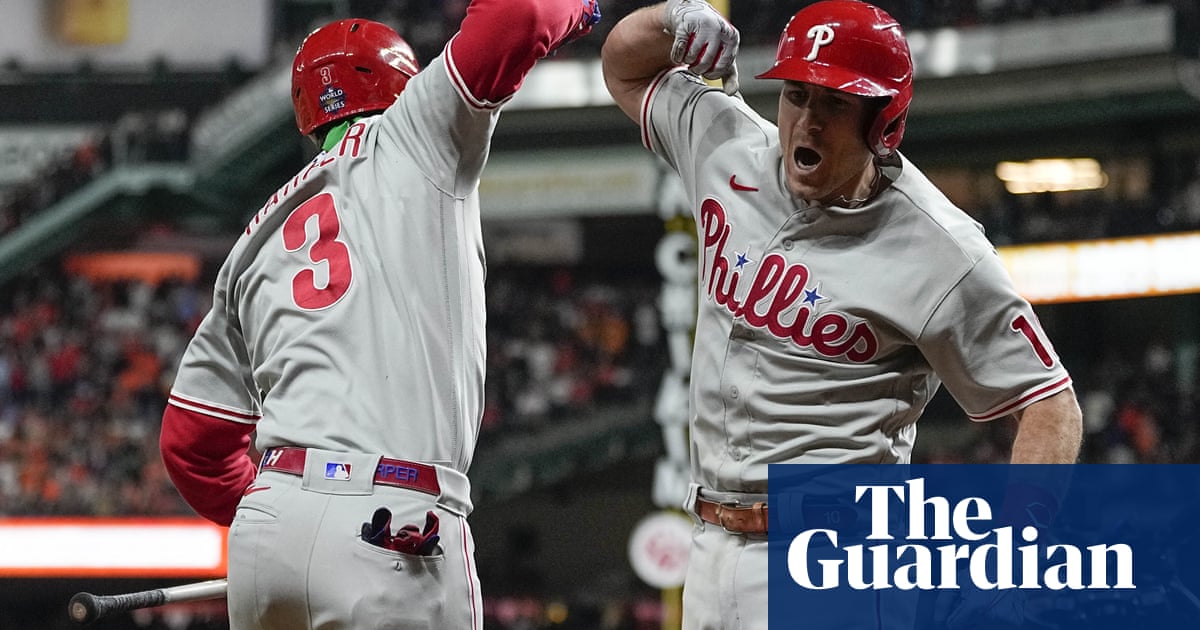 Down 5-0 early against Astros ace Justin Verlander, the Phillies became the first team in 20 years to overcome a five-run deficit to win a World Series game.

They can thank Castellanos for getting the chance. Known much more for his bat than glove, rushed in to make a terrific grab on Jeremy Peña’s blooper with two outs in the ninth inning and a runner on second.

Realmuto, who hit a tying, two-run double in the fifth off Verlander, completed the comeback when he led off the 10th by sending a fastball from Luis García into the seats in right field.

Kyle Tucker homered twice for the Astros, who had been 7-0 in this postseason.

Houston had a chance in the 10th when Alex Bregman doubled with one out. After Yuli Gurriel drew a two-out walk, David Robertson bounced a wild pitch that put runners on second and third.

Pinch-hitter Aledmys Díaz was then hit by a 2-0 pitch from David Robertson – but plate umpire James Hoye ruled that Díaz leaned into the pitch and didn’t permit him to go to first to load the bases.

Díaz grounded out on 3-1 pitch to end it.

The last team to blow a 5-0 lead in the World Series was the 2002 San Francisco Giants, who squandered their chance in Game 6 to close out the Angels and win the title under manager Dusty Baker.

Baker saw it happen again this time as manager of the Astros.