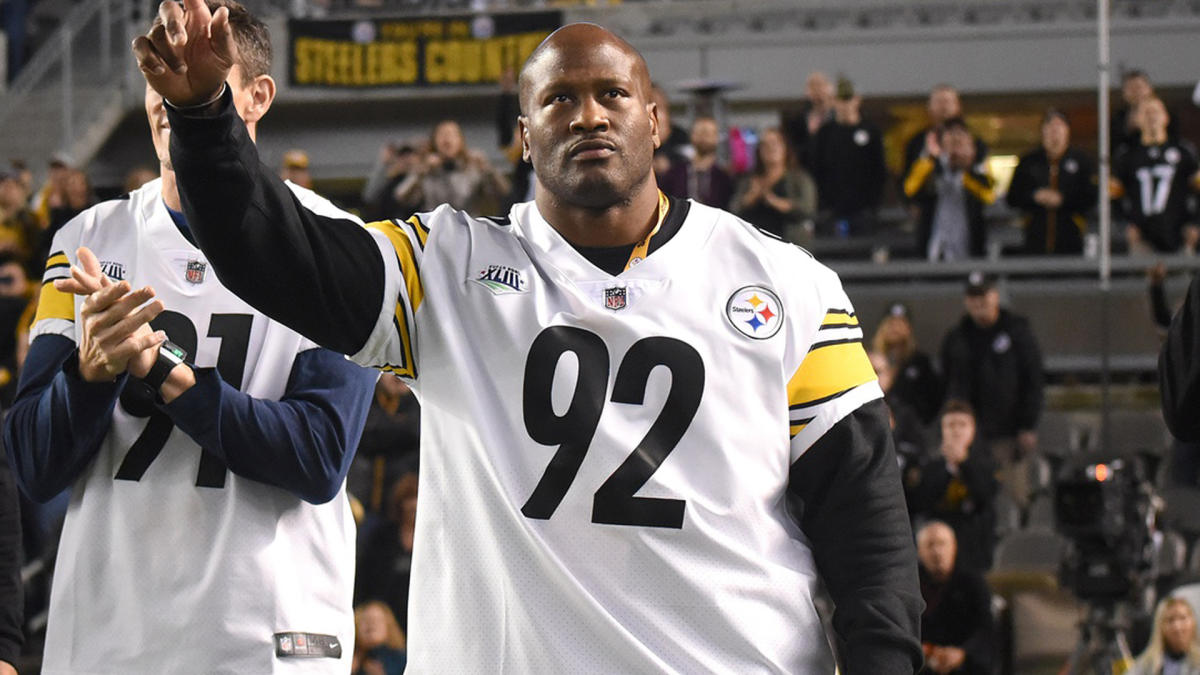 It’s been nearly five years since James Harrison played in the NFL.

But he certainly hasn’t lost the strength that helped make him one of the game’s most feared linebackers.

The 44-year-old posted an insane workout video to his TikTok account Thursday. Harrison stacked up 42 45-pound plates on a sled, which in total equals roughly 1,960 pounds. The 2008 Defensive Player of the Year then pushed the near-2,000-pound sled about five yards.

Based on the caption of the TikTok, Harrison seems to have his sights set on going above 2,000 pounds for his 45th birthday in May.

We’ll definitely be on the lookout for that video.

What is James Harrison’s height and weight?

Harrison is listed at 6-foot and 242 pounds on Pro Football Reference.

What were James Harrison’s NFL stats?

After going undrafted out of Kent State, Harrison suited up for the Pittsburgh Steelers, Cincinnati Bengals and New England Patriots over his 15-year career. He racked up 811 total tackles, 84.5 sacks, 34 forced fumbles and eight interceptions in 193 career games.

In addition to his 2008 Defensive Player of the Year award, Harrison also made five Pro Bowls and received two First Team All-Pro nods.

Harrison spent nearly his entire career with Pittsburgh. He won two Super Bowls with the Steelers and owns the franchise’s sack record of 80.5.

How many times did James Harrison retire?

Harrison briefly retired following his lone season with the Bengals in 2013 before returning to the Steelers in September 2014.

Then in April 2018, Harrison hung up the cleats and pads for good.

Is James Harrison a Hall of Famer?

Harrison has not been enshrined in Canton yet, but he will be eligible for the Pro Football Hall of Fame for the first time in 2023.