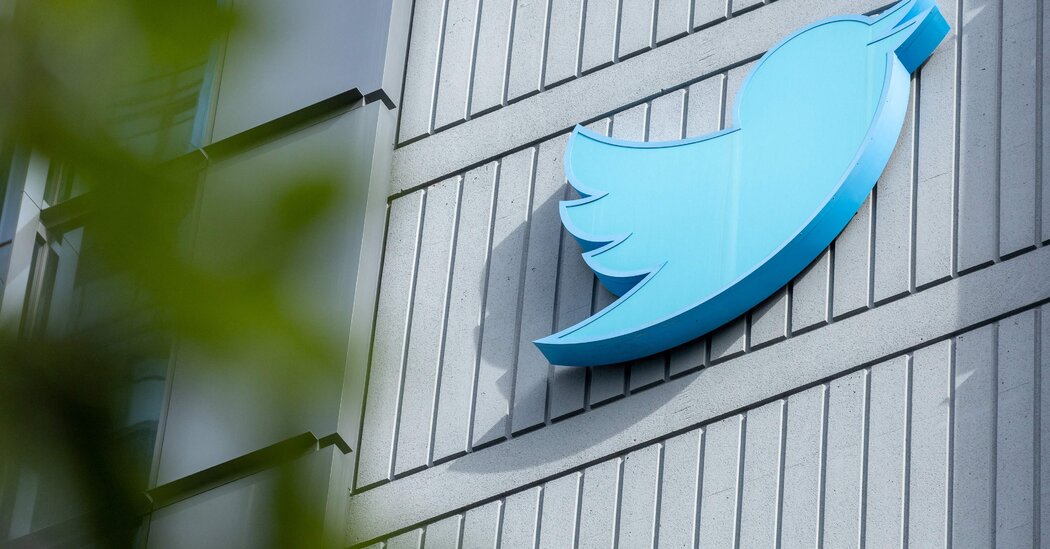 SAN FRANCISCO — Elon Musk planned to begin laying off workers at Twitter as soon as Saturday, four people with knowledge of the matter said, with some managers being asked to draw up lists of employees to cut.

Mr. Musk, who completed a $44 billion deal to buy Twitter on Thursday, has ordered the cuts across the company, with some teams to be trimmed more than others, said three of the people, who declined to be identified for fear of retaliation. The scale of the layoffs could not be determined. Twitter has around 7,500 employees.

Reports of layoffs at Twitter have swirled since Mr. Musk agreed to buy the company in April. The billionaire, who also leads the electric carmaker Tesla and the rocket company SpaceX, has told investors that he would take Twitter private, reduce its work force, roll back its content moderation rules and find new revenue streams.

The layoffs at Twitter would take place before a Nov. 1 date when employees were scheduled to receive stock grants as part of their compensation. Such grants typically represent a significant portion of employees’ pay. By laying off workers before that date, Mr. Musk may avoid paying the grants.

Mr. Musk, 51, has moved swiftly since assuming ownership of Twitter on Thursday. He arrived at the company’s San Francisco headquarters on Wednesday and began meeting employees. Late Thursday, he fired Twitter’s chief executive, chief financial officer and other executives. He has also made an appeal to advertisers, who provide the bulk of Twitter’s revenue, to tell them that the platform will be a respected advertising destination.

A blockbuster deal. In April, Elon Musk made an unsolicited bid worth $44 billion for the social media platform, saying he wanted to turn Twitter into a private company and allow people to speak more freely on the service. Here’s how the monthslong battle that followed played out:

A surprise move. On Oct. 4, Mr. Musk proposed a deal to acquire Twitter for $44 billion, the price he agreed to pay for the company in April. On Oct. 27, the purchase was completed. Mr. Musk quickly began cleaning house, with at least four top Twitter executives — including the chief executive and chief financial officer — getting fired.

But Mr. Musk is taking time to evaluate other areas of Twitter, such as deciding what posts to keep up and take down on the site. While he initially said he wanted Twitter to be a freewheeling place for all kinds of commentary and would bring back banned users, including former President Donald J. Trump, Mr. Musk on Friday made it clear that such changes would not happen immediately. Instead, he announced that he planned to form a council to handle content questions and would not immediately reinstate users who had been barred.

On Twitter, some users who accused the platform of muzzling them have been triumphant about the new ownership, while others have worried that the site will be overrun by hate speech and misinformation. Some users — such as the star producer Shonda Rimes, the “This Is Us” executive producer Ken Olin and the “Billions” showrunner Brian Koppelman — tweeted that they would leave the social media platform now that it was run by Mr. Musk.

Other Twitter users expressed concern over a surge of hate speech being reported on the platform since Mr. Musk took control. The National Basketball Association star LeBron James pointed to a report by the Network Contagion Research Institute, a private group that studies the spread of ideological content online, which said that the use of a racial slur on Twitter had increased by nearly 500 percent in the 12 hours after Mr. Musk’s deal was finalized.

“I don’t know Elon Musk and, tbh, I could care less who owns twitter,” Mr. James tweeted. “But I will say that if this is true, I hope he and his people take this very seriously because this is scary.”

On Saturday, Mr. Musk took to Twitter to discuss food. “Fresh baked bread & pastries are some of the great joys of life,” he tweeted.