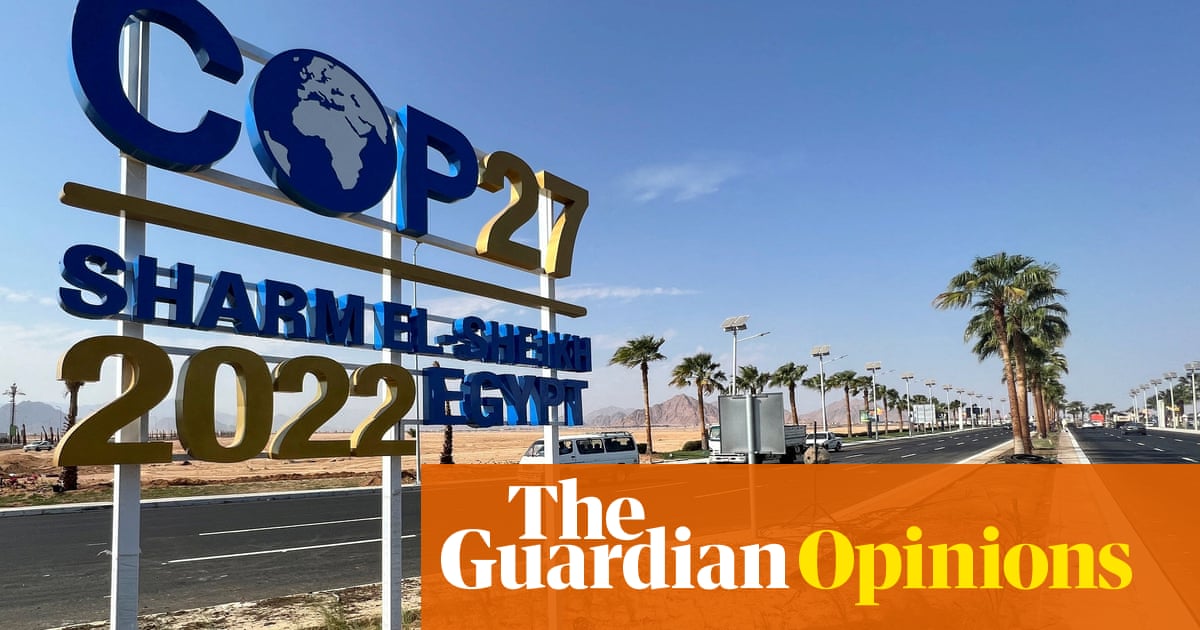 The world is falling into an “abyss of risk”, said Prof Johan Rockström of the Potsdam Institute for Climate Impact Research in Germany. Reports published this week by three UN agencies all point to the failure of governments to make – and keep – sufficient commitments to ensure that global temperatures will not rise by more than 1.5C above pre-industrial levels, which was the target in the 2015 Paris agreement. This is the worst possible news, and arrives just a week before this year’s round of climate talks, Cop27, is due to open in Egypt.

So far human activities have raised the temperature by around 1C on average. If current pledges on emissions are fulfilled, that figure is expected to rise to 2.5C. That would – and probably will – mean destruction on a scale that is hard to imagine, even after what we have already witnessed, most recently with devastating floods in Pakistan but also record-breaking heatwaves and other extreme weather elsewhere.

Optimists came away from Cop26 in Glasgow believing that unsteady progress there – particularly in the crucial area of US-China cooperation – could be built on afterwards. Those hopes have now been dashed, with only 24 countries submitting new plans, known as nationally determined contributions (NDCs), over the past year – and even the adjusted pledges falling short of what is needed. Climate tipping points including the collapse of the Greenland ice shelf, scientists warn, are becoming unavoidable, with rises in methane emissions in 2021 a particular source of alarm. Gloomily, experts note that Russia’s war on Ukraine and worsening relations between the west and China are likely to make reaching agreement at this year’s conference even harder. Oil companies’ profits are soaring.

In the UK, the new prime minister, Rishi Sunak, has made a terrible decision not to go to Cop27. Given that the UK held the Cop presidency this year, Greenpeace’s Rebecca Newsom was right to liken this no-show to “a runner failing to turn up with the baton” in a relay race. Mr Sunak’s comment that “everyone should be really proud” of what the UK has achieved so far suggests that he is alarmingly out of touch with the rising threat. Over recent days, reports from Prof Dame Jenny Harries and parliament’s joint national security committee have highlighted the multiple risks to the UK from climate change. Pointing to a lack of contingency planning for weather-sensitive infrastructure, the committee referred to a “gaping hole” at the heart of government.

Giving up on further progress via the UN process, and by other means including new taxes on oil companies, is not an option. Global heating of 2.5C is a terrifying prospect, especially for the millions of people who live in the places most dangerously exposed to sea-level rises. But it is a less terrifying prospect than the 2.7C of warming that would have followed from the Glasgow pledges. What has happened over the past year is disappointing and inadequate, but can and must be built upon. And amid this week’s grim news, a crumb of comfort came from the International Energy Agency, which believes high energy prices caused by the war in Ukraine are hastening the transition to clean energy.

Even people who understand fully the risks from climate change are sometimes reluctant to publicise them. Transformation of the global energy system, combined with a package of financial support for the global south from the north, is arguably more likely to be achieved if people believe that a greener future is within reach. With the head of the UN, António Guterres, predicting “a global catastrophe”, this week that future looks horribly distant. But the struggle continues.