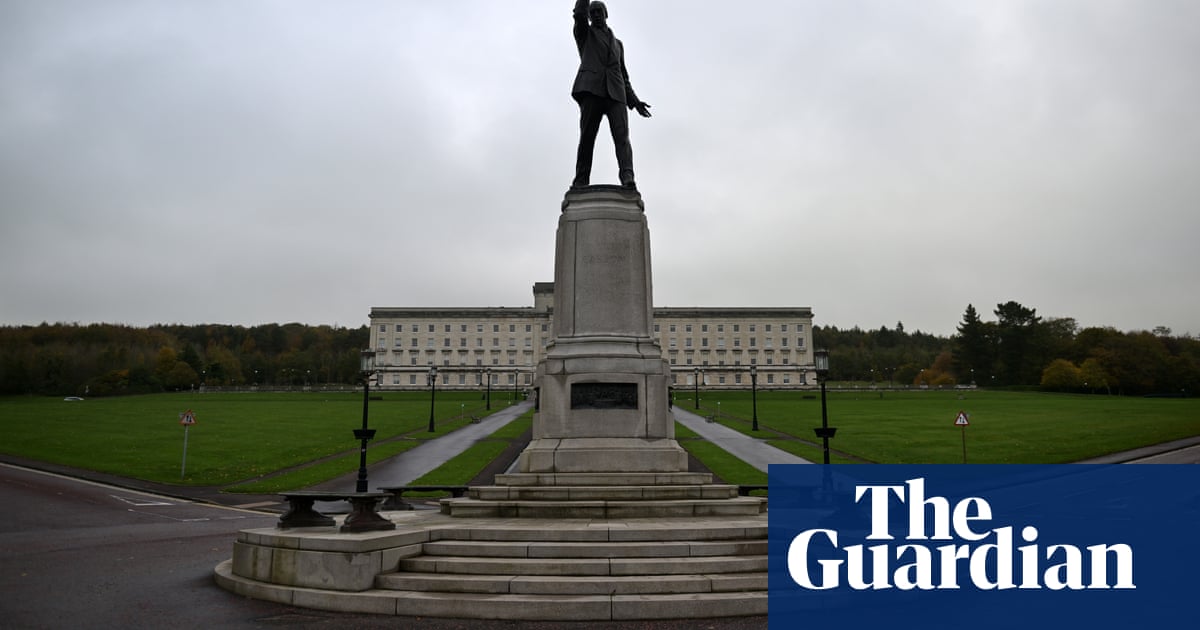 A Northern Ireland assembly election will “definitely happen” after a deadline to restore devolved government at Stormont was missed, a cabinet minister has said.

The environment secretary, Thérèse Coffey said “clearly” there was not “sufficient agreement” between Stormont parties to avoid a fresh election.

The Northern Ireland secretary, Chris Heaton-Harris, was expected to call the election on Friday, after a last-ditch effort to restore the multiparty executive failed.

The Democratic Unionist party has blocked the restoration of powersharing in protest against the post-Brexit Northern Ireland protocol.

A six-month legislative timeframe to form an administration expired in the early hours of Friday. With no ministerial executive in place, the UK government assumes a legal responsibility to call another election.

While Heaton-Harris has not yet laid out the details, there has been speculation the poll will be held on 15 December.

Stormont ministers, who have been operating in shadow form since the assembly collapsed earlier this year, also ceased to hold office at midnight. Responsibility for running devolved departments will now pass to senior civil servants, although their powers would be limited.

Coffey told Sky Newsit was “regrettable” the parties could not form an executive.

“But the law was clear. We passed the legislation that this would happen and clearly there wasn’t sufficient agreement to be able to avoid the elections,” she said. “That wasn’t in the hands of the [UK] government, that was in the hands of the parties representing the different communities in Northern Ireland.

“I hope that the next elections will be an opportunity for people to reconsider their approach, recognising the ‘new decade, new approach’ agreement that was signed only a couple of years ago, and we need to make sure that we do what we can to work together to try and make that come to fruition.”

Asked if there was any chance the elections could be avoided through new legislation, she said: “They will definitely happen.”

The DUP leader, Sir Jeffrey Donaldson, insisted it was the UK government’s fault that devolved government in Northern Ireland was not functioning.

“We’ve had six months in which to do something about the protocol, and during those six months we have had three prime ministers, we have had the government changed often and we haven’t seen the progress that is needed,” he told BBC Radio Ulster.

“I think the government would be within its rights to say, given that those six months have elapsed and progress hasn’t been made, that we need a further period to sort this out, get a solution on the protocol that restores Northern Ireland’s place within the UK internal market, and that will see the institutions restored immediately.”

The Sinn Féin member of the legislative assembly, Conor Murphy, dismissed the notion that the DUP’s refusal to form an executive was exerting any pressure on Westminster to act over the protocol.

He told the BBC: “The chaos and the infighting that is going on within the Tory government means their focus is entirely on themselves, and if there is a negotiation with the EU, that will take place because the British government want it to take place, not because the DUP are punishing the people of the north by preventing them having their own institutions.

MLAs met during a recalled sitting of the assembly on Thursday, but an attempt to elect a new Speaker – which must be done before the election of first and deputy first ministers – did not proceed as the DUP refused to support the nominations.

The session was then suspended.

The DUP says it will not return to powersharing until decisive action is taken to remove economic barriers on trade between Great Britain and Northern Ireland.

The government has vowed to secure changes to the protocol, either by a negotiated compromise with the EU or through proposed domestic legislation – the Northern Ireland protocol bill – which would empower ministers to scrap the arrangements without the approval of Brussels.

The last Northern Ireland assembly election was held in May, and Sinn Féin emerged as the largest party for the first time.