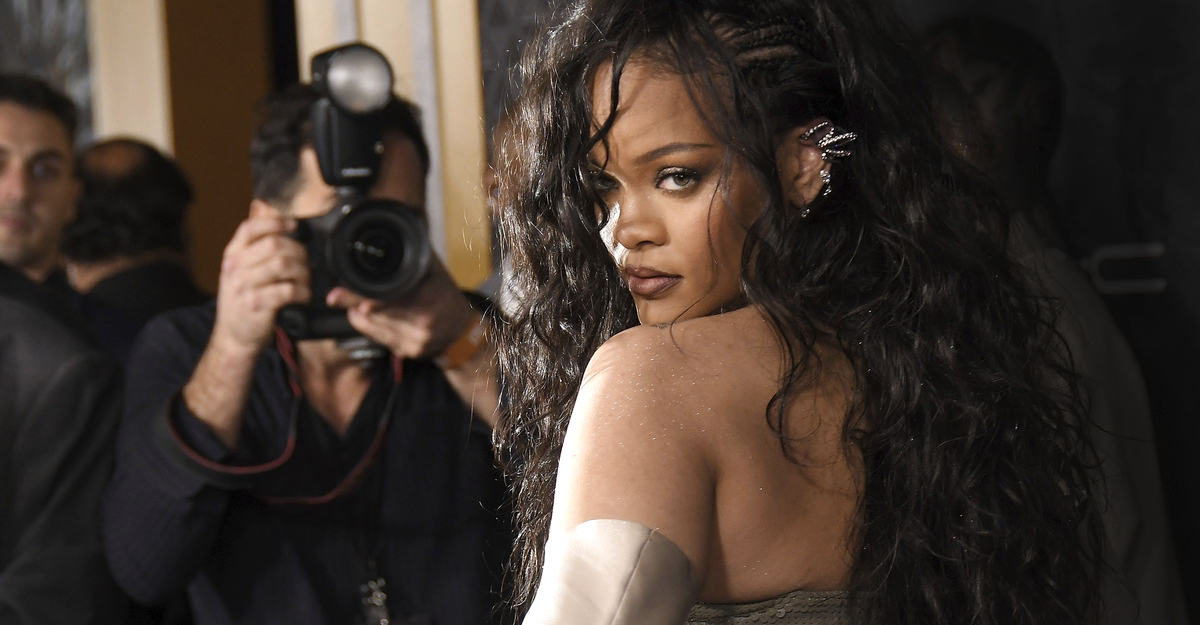 The loud hype that preceded Rihanna’s rather quiet new song offers a lesson in the power of expectations—especially expectations defied. At age 16, in 2005, the Barbados native Robyn Rihanna Fenty signed a record deal and embarked on one of hottest streaks in hitmaking history. Over seven years, she released seven albums, each brimming with an exquisite strain of pop that reflected month-to-month trends and showed the might of the major-label song machine—and yet boasted, thanks to the star herself, an intoxicating sense of individuality and attitude. The world, it seemed, had discovered a new, reliable resource: Rihanna bops.

But after 2012’s Unapologetic, she slowed her pace and left her original label. Her next album, Anti, in 2016, was an unruly, stoner-pop art piece that made a statement. After serving as a reliable supplier of fare for the masses, Rihanna would now be working on her own terms. Then, as she all but went silent musically for six years—during which time she built a fashion company, had a baby, and taunted fans who incessantly asked her when the next album would arrive—she seemed to send another message. Maybe, just maybe, she was done playing the pop game for good.

That game, after all, is a grueling one; just listen to the spate of recent albums by Billie Eilish, Drake, and Taylor Swift complaining about fame. The same armies of devoted listeners that prop up idols can also come to feel like burdens, and scoring one smash after another is not the effortless feat that Rihanna’s early run of success made it seem. So she’s been taking her time, for her own sake. “It’s been so structured before,” she told the Associated Press in 2020 about the status of her music career. “You do the pop, you do this genre, you do that, you do radio … But now it’s What makes me happy? I just want to have fun.”

Fun is not the first word one would use to describe “Lift Me Up,” the single she released today—her first new solo song since early 2016. Gorgeous and heartbreaking are more like it. A beats-free ballad off the soundtrack for the forthcoming movie Black Panther: Wakanda Forever, “Lift Me Up” might seem like the sort of legacy-burnishing track people expect a semi-retired singer to toss out every so often. The song’s writers—Rihanna, the Nigerian R&B sensation Tems, the director Ryan Coogler, and the producer Ludwig Göransson—have made a strong bid against anyone leaving the movie theater without tearing up. But really, two things are exciting about the track. One is the sound of Rihanna’s voice. The other is the ambition it signals.

As Jayson Greeneargued in a 2017 Pitchfork essay, Rihanna might be the most influential pop vocalist of our era. Though rarely applauded as a powerhouse talent in her early days (some of her performances on Anti started to change that), her timbre and inflections are entirely her own—despite other singers on the radio constantly imitating them. “Lift Me Up” is built around her vocals and reasserts her ownership of her now-ubiquitous sound. She opens with dewy hums and then busts into stately, sustained notes that crest with the slow beauty of daybreak. At certain times, she sounds commanding, like a priest giving a sermon in song. At others, she is soft and breathy, a supplicant making a desperate prayer.

For her to end her musical hiatus with a slow burner rather than a piece of dance-pop might seem like an attempt to torment fans. “Lift Me Up” could be, however, the first step in a plan that will ultimately please them. For her to hitch her comeback song to a highly anticipated Disney/Marvel movie—a blockbuster celebrating the global Black diaspora, no less—signals that she hasn’t given up on claiming the spotlight. The strictures of a movie-soundtrack gig also give her cover to reintroduce audiences to her voice and talent without the need to engineer a nightclub-dominating hit.

Such a hit may still be coming. Rihanna is slated to play the Super Bowl halftime show next year, and she has another song on the Wakanda Forever soundtrack. For now, however, “Lift Me Up” does its job well. Commemorating the life of the late Black Panther star Chadwick Boseman, the track has a soothing simplicity, with strings and guitars that rise and fall in the manner of meditative breathing. Listeners will be working themselves into ever greater levels of agitation as Rihanna plots her return. If they want to calm down, they can just listen to this song.