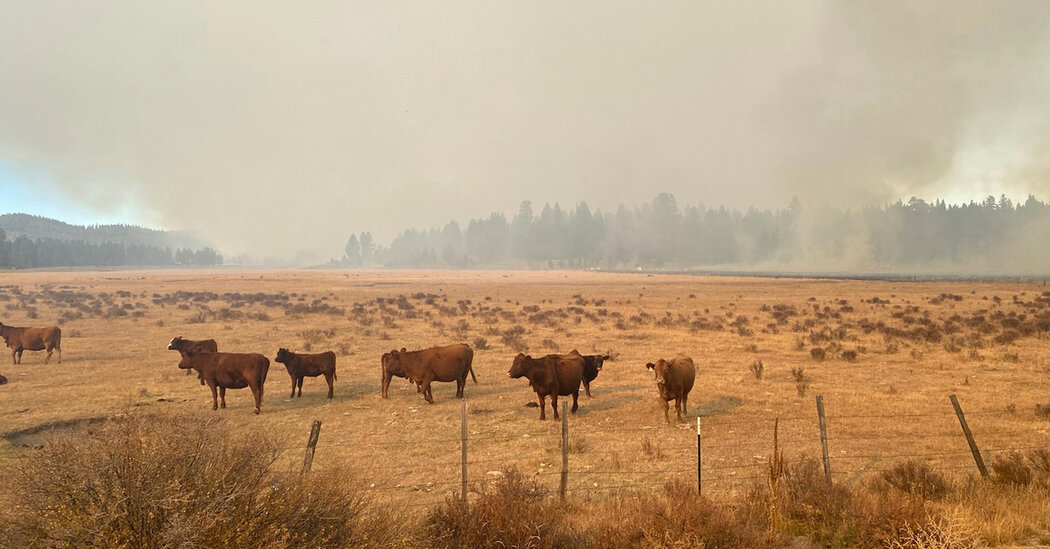 Ms. Holliday said the operation on Oct. 19 began without issue. But in the afternoon, she said, the fire jumped a roadway and moved onto the family’s private land. There, it burned approximately 20 acres, according to the Grant County sheriff’s office, in an area where the forest starts fading into grasslands.

Sheriff Todd McKinley arrived on scene, questioned the family and asked Ms. Holliday’s brother whether he wanted to press charges, according to her account, which could not be confirmed with the authorities beyond their official statements confirming the arrest.

When her brother answered in the affirmative, Ms. Holliday said, the sheriff arrested Mr. Snodgrass and took him to jail on suspicion of reckless burning. He was later granted conditional release from custody, with the authorities saying that they would continue to investigate the case.

Mr. Snodgrass declined to comment, but he told The Blue Mountain Eagle that the arrest came as crews were still confronting the fire, and said that the sheriff put both the crews and land at risk by taking him away at that moment. The blaze was eventually quelled.

The sheriff declined an interview but acknowledged the tensions in the region that had resurfaced.

“To prevent a boil-over of emotion, or in the effort to limit that, I am refraining from making comments on the issue at this time,” the sheriff said.

The district attorney, Jim Carpenter, said in a statement that an investigation was ongoing and that it could take weeks or months to reach a decision about pursuing charges. He said he respected the sheriff’s discretion and decision to make an arrest.

“To be clear, the employer and/or position of Snodgrass will not protect him if it is determined that he acted recklessly,” Mr. Carpenter said. “That the U.S.F.S. was engaging in a prescribed burn may actually raise, rather than lower the standard to which Snodgrass will be held.”