WITH Mick Carter gone on holiday with Janine Butcher, Linda is left alone in charge of The Vic.

She finds help in the form of Alfie Moon but soon makes a mistake that could cost him his family next week in EastEnders.

Kellie Bright‘s character has been trying to cope with ditching alcohol and watching her former husband Mick (played by Danny Dyer) move on from their marriage with Janine Butcher.

She finally gets time to herself again next week but mopes to returning character Alfie Moon (Shane Richie) that she doesn’t want to celebrate Halloween in the pub.

This is due to her many memories with Mick but Alfie disregards her feelings and organises an event in The Vic, leaving her frustrated.

Later on, Linda panics when Alfie takes her son Ollie trick-or-treating without her knowledge. 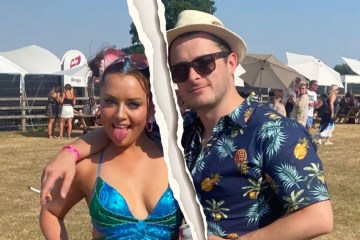 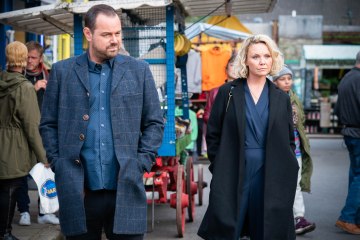 However, things seemingly work out as she’s soon thankful for Alfie making her Halloween memorable.

This is until Kat Slater (Jessie Wallace) makes her anger at Alfie known after he bunked-off school with their son.

As a result, the owner of Kat’s Cabs refuses to let him have them over the weekend, prompting Linda to respond with a plan to help Alfie.

He soon makes positive strives forward with Kat but disappoints her again when he gets stuck on the roof of the Vic, all because of Linda.

This means Tommy Moon is left alone at school, with Alfie being unable to pick him up.

Kat is furious once again for another mishap and categorically refuses to let Alfie have the boys.

Meanwhile, Linda is left to feel guilty, sensing it’s all her fault – but there’s more trouble ahead for her.

Mick returns to Albert Square next week alongside his partner Janine.

The landlord is less than thrilled to see Alfie working in his pub but shares a moment with Linda as the chemistry between remains palpable despite their split.

But Mick – who is set for an explosive exit in scenes due to air around Christmas – has shocking news for Linda.

EastEnders airs from Monday to Thursday on BBC One.