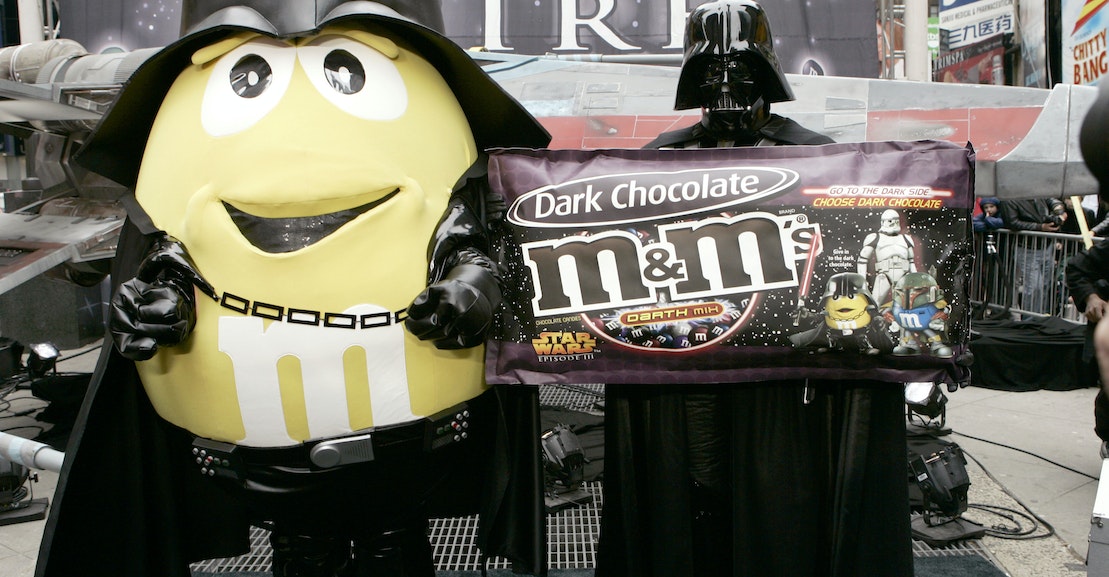 As recently as the 1960s, according to a 2013 report in Time, the U.S. candy market was largely regional. For instance, NECCO, the company that made NECCO wafers and Mary Janes, was the New England Confectionary Company. (It got bought out in 2018.) Hershey and Mars started buying out independent candymakers in earnest in the 1970s, and by 2013 they controlled 60 percent of the candy market in the United States and 75 percent of the chocolate market.

“If we want a healthier, more diverse market—and more variety in our Halloween buckets,” the author of the Time piece wrote,

we could start by reviving some of our antitrust laws, which we traditionally used to create a level playing field among companies, regardless of size. Enforcing current laws—whittled down by federal courts—won’t do much to dent the dominance of Mars and Hershey or the massive retailers, but it could curb their ability to throw their weight around at the expense of the independents.

The author of the Time piece was Lina Khan, who today chairs the Federal Trade Commission, which, along with the Justice Department, polices antitrust violations. Maybe the Biden administration will cast a skeptical eye on M&A by the manufacturers of M&Ms.