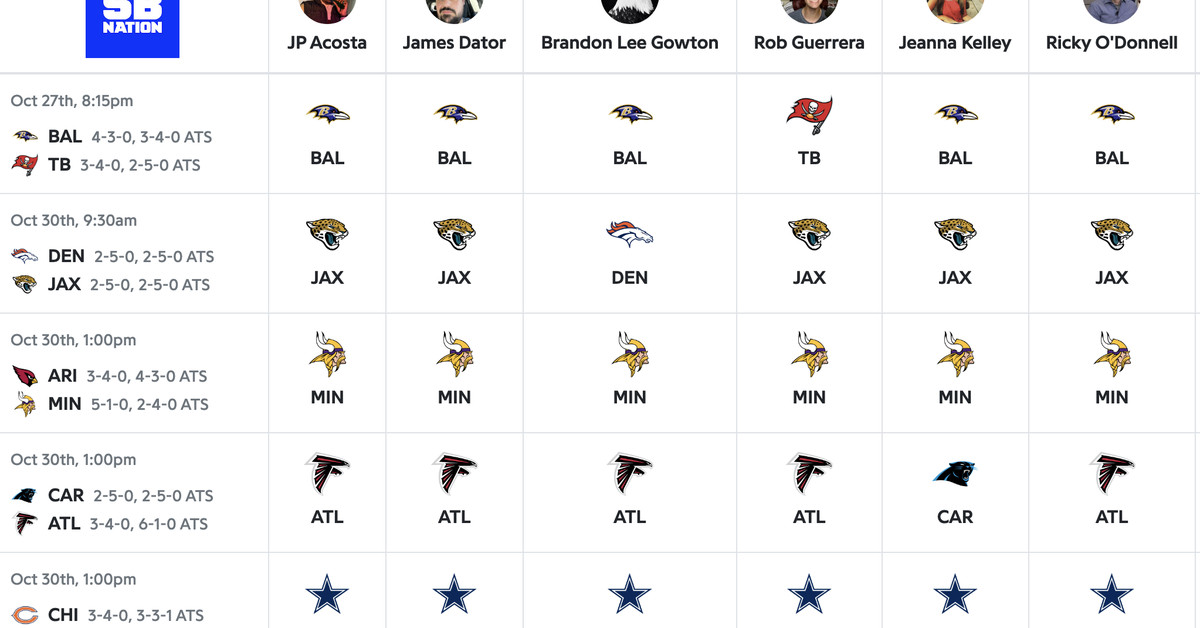 We finally had a small return to normalcy in Week 7 when it came to our picks, which I’m mostly saying because I happened to tie for the win this week. When you’re the one tasked with putting up the picks post each week you get to flex.

The amazing thing is that this resulted in Rob “Stats” Guerrera finishing last thing week, just one week after he got to humiliate Ricky during his losing streak. Thankfully, Ricky got a big Bears win AND no humiliation. So, we now present you with a tweet any 49ers fan would loathe, courtesy of yours truly.

“It’s become increasingly clear the 49ers should have drafted Mac Jones and not Trey Lance. This team would be elite with a winner like that at QB”

Now, on to this week’s picks — and we’re really starting to see injuries kick in and alter the slate of games. It’s led to a lot of toss-up matchups that otherwise felt like gimmes. The Jets felt like a sure pick over the Patriots a week ago, now it’s much more difficult. Similarly there’s Commanders vs. Colts, another easily settled matchup before this week — now it’s a lot more shaky.

So let’s see how we all picked in Week 8.