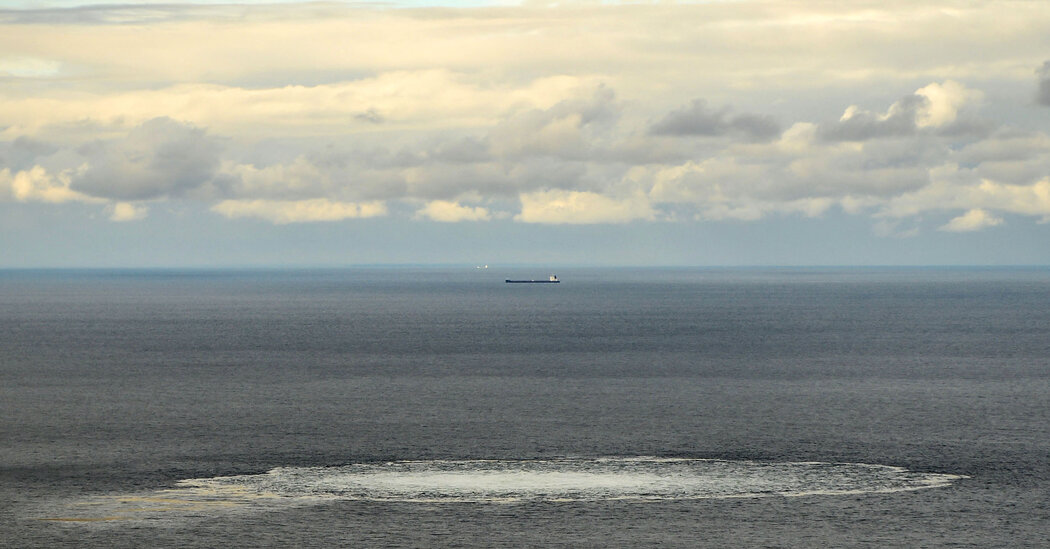 COPENHAGEN, Denmark — The leaks in the Nord Stream 1 and 2 gas pipelines were caused by “powerful explosions,” Danish police said on Tuesday, announcing the results of a preliminary investigation into the damage of the undersea pipelines that carry gas from Russia to Germany.

The findings by the Copenhagen Police were similar to those of Swedish investigators, who reported this month that the leaks were the result of detonations that they strongly suspected were acts of sabotage.

The Copenhagen Police said in a statement that it had investigated “the crime scenes in the Baltic Sea” along with the Danish Defense Ministry and Denmark’s national intelligence agency, known as PET, with help from the Danish Armed Forces. The pipelines lie on the Baltic Sea floor and transit close to Sweden and Denmark.

“Based on the preliminary investigations, PET and the Copenhagen Police have decided to set up a joint investigation team to further investigate the incidents,” the statement read. The team would also work with authorities in other countries, including Sweden and Germany, it said, while declining to specify when the investigation would conclude.

A spokesman for the Copenhagen Police declined to comment further.

In late September, explosions under the Baltic Sea that measured up to 2.3 on the Richter scale ruptured the two giant, concrete-and-steel pipelines built to carry natural gas from Russia to Germany. Political leaders in Europe and the United States suggested that the incident was a deliberate act.

Poland and Ukraine have both openly blamed Russia, which has pointed a finger at the United States, and both Moscow and Washington have strongly denied involvement. The blasts have severed critical energy links between Russia and Western Europe, although neither was actively transporting gas at the time — Russia had recently throttled back Nord Stream 1, citing technical issues, while Nord Stream 2 had not yet become fully operational.

Also on Wednesday, the Swedish tabloid Expressen released new images from the blast site that it said showed the damage to Nord Stream 1, more than 260 feet below the surface of the sea, with a 164-foot section of the pipeline that “appears to be missing.” The images could not be independently verified.