ONCE labelled a notorious killer, Raphael Rowe spent 12 years in a maximum security prison for crimes he didn’t commit.

His story has garnered numerous curiosities, but none more so than the mysterious scar that runs down his left check.

Why does Raphael Rowe have a scar on his face?

The exact reason why Raphael Rowe has a scar on his face is unknown.

Although it has not been confirmed if they caused the scar, Raphael revealed that officers had kicked and punched him during his time in prison.

He has also mentioned being in prison fights, with some believing that he was involved in a knife fight.

Raphael has never spoken publically about the scar, but he did reply to someone who asked him the question on Twitter, stating that he has revealed it in his book Notorious where he got the scar. 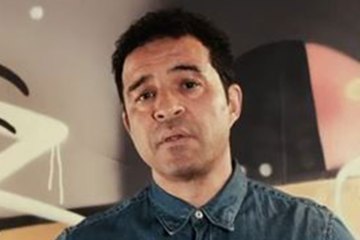 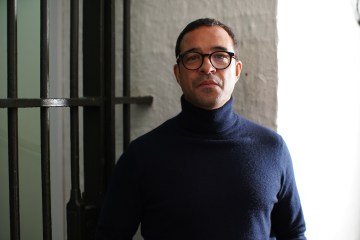 He said: “A lot of people ask where I got the scar on my face. I haven’t revealed that to anyone and I don’t on the show.

“If you really want to know where I got the scar on my face, then I suggest you go to my website, sign up for my book and subscribe.”

Raphael’s book, Notorious, came out in 2020 and is available to purchase on his website here.

When was Raphael released from prison?

In 1990, aged 19, Rowe was wrongly sentenced to life in prison for murder and robbery.

He was convicted as part of the M25 Three along with Michael Davis, and Randolph Johnson.

The victims of the crimes had told the police that there were two attackers in which one was black and one was white, but the police were convinced that Rowe, Davis, and Johnson – three black males – were responsible.

Victims also described one of the attackers as having blue eyes and light hair, which did not match any of the M25 Three.

Even Rowe’s girlfriend at the time testified against him at the trial, but later sent him a letter in prison admitting to and apologising for lying.

After a series of appeals, the convictions were overturned and they were released from prison on July, 17, 2000.

What does Raphael Rowe do now?

Since leaving prison in 2000, Rowe has pieced his life back together and forged a successful career as a journalist.

He was the hosted all six season’s of Inside the World’s Toughest Prisons on Netflix.

In August 2020 he released his podcast Second Chance.

He also took part in the 2018 Pilgrimage series, which saw him on the road to Santiago along with Kate Bottley and Neil Morrissey.

Rowe is currently a reporter on the BBC One series The One Show and Sunday Morning Live.