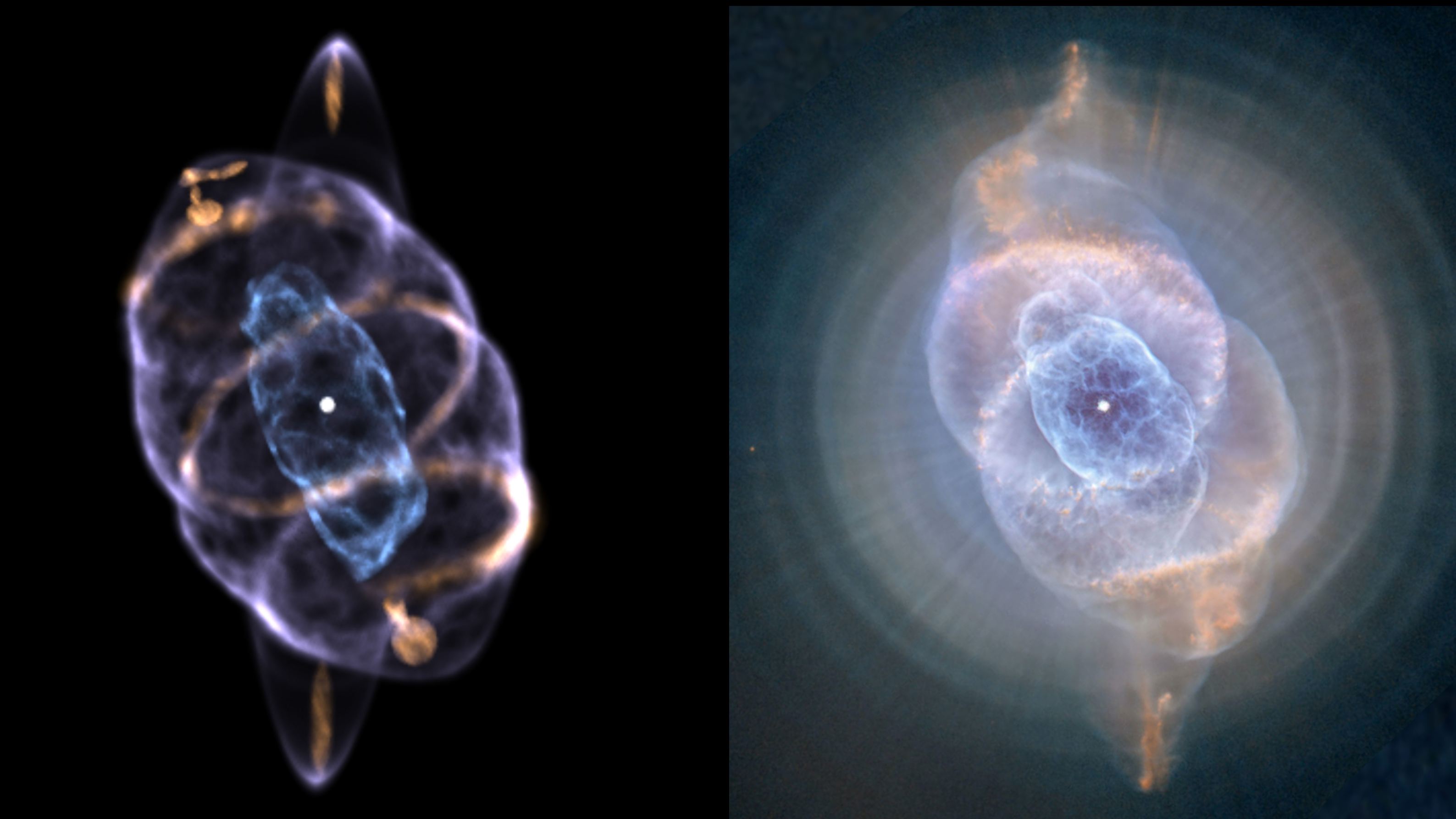 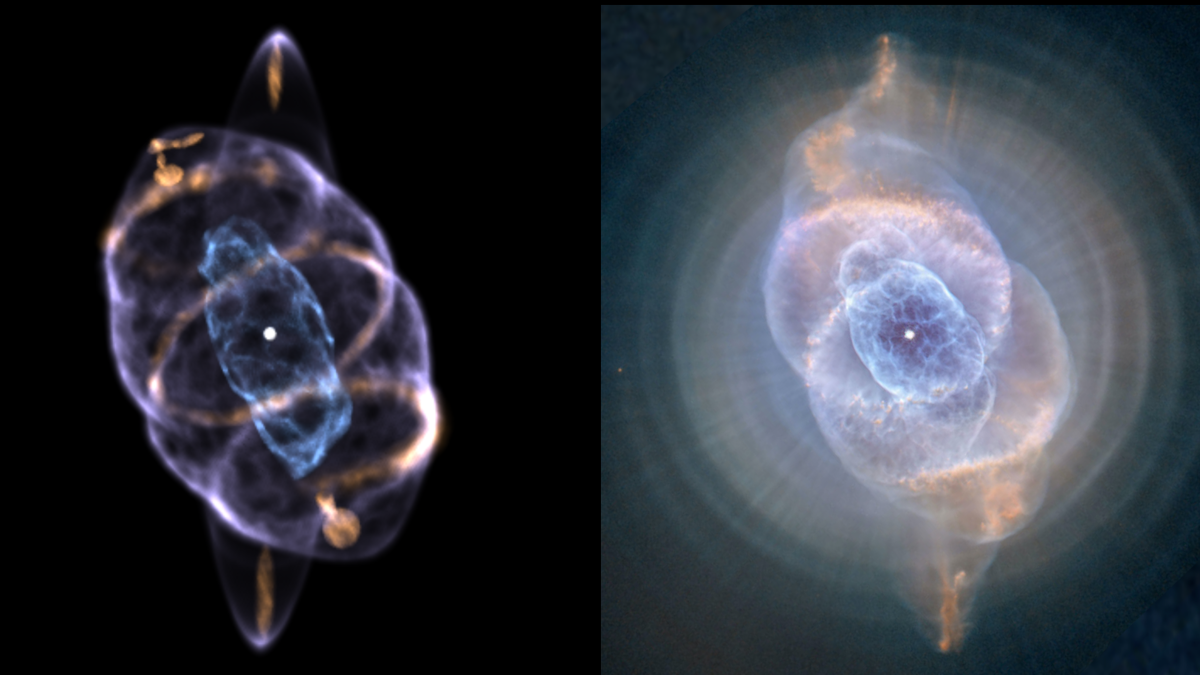 One of the most complex examples of stellar death known to astronomers is not too far away. Thanks to its nearness, the Hubble Space Telescope has been able to see incredible details of the nebula called the Cat’s Eye Nebula. An astronomy enthusiast recently took the science of the Cat’s Eye to the next level by co-creating the first computer-generated 3D model of the nebula, which suggests a binary star lies at its heart.

Nebulas are the alpha and omega of star life. These giant clouds of gas can nourish young stars, but they also showcase violent details about how an earlier star perished. The Cat’s Eye Nebula reveals a colorful, shell-like structure that formed when the dying star — roughly the mass of the sun — ejected its outer layer of gas.

Related: The best Hubble Space Telescope images of all time!

A new analysis combined Hubble observations with data from the San Pedro Martir National Observatory in Mexico to better understand this nebula, located about 3,000 light-years away from Earth in the constellation Draco. The work complements Hubble’s previous revelations of intricate knots, spherical shells and arched filaments.

The new 3D model was the idea of an “astronomy enthusiast” named Ryan Clairmont, according to a statement; he recently completed high school, and is a prospective student at Stanford University. Clairmont created the 3D model with the help from the Mexico- and Canada-based creators behind a 3D astrophysical modeling software called SHAPE.

According to RAS, this work allowed for a better understanding of short-lived jets within the nebula. The central star of Cat’s Eye ejected streams of high-density gas, and these jets outlined circles similar to the behavior of a spinning top. This produced the symmetric rings and is a signal that the star at the heart of the nebula may in fact be a binary star.

The spherical shape of Cat’s Eye lands it in the category of planetary nebula. Astronomers hope to better understand this population of nebulas because they reveal the future fate of the sun.

And if nothing else, they are beautiful.

The research is described in a paper published in October in the journal Monthly Notices of the Royal Astronomical Society.