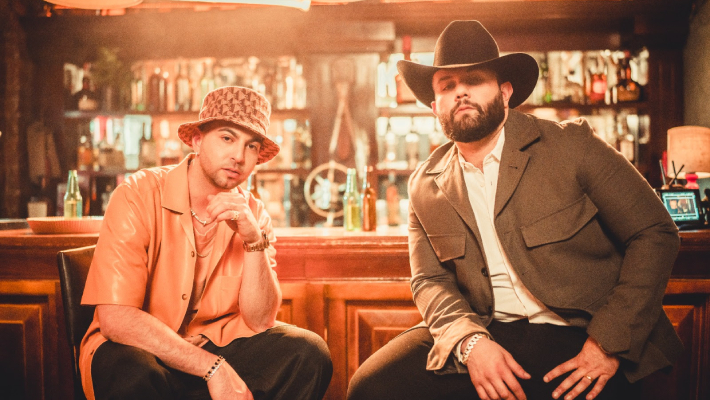 Quiles is living the best of both worlds as an artist and a songwriter for other acts. He has amassed a number of hits this past year like “Loco,” which has over 307 million streams on Spotify, and “Colorín, Colorado” with over 133 million streams. Quiles also had a hand in co-writing many global hits like Becky G and Karol G‘s “Mamiii,” Rosalía‘s “Saoko,” and J Balvin and Anitta‘s “Downtown.”

While Quiles is known for making hits for himself and others in the reggaeton music, he branches out of the genre with his single “La Esquina Del Mall.” Alongside León, he embraces elements of regional Mexican music with trap music beats in the mix. Quiles and León take turns serenading the women they’re interested in with sexy lyrics. These two different worlds of Latin music collide for a genre-bending love song.

The music video for “La Esquina del Mall” opens on a funny note with Quiles in an interview with outspoken talk show host Laura Bozzo. After exiting the interview, he laments his broken heart at the bar alongside León. Despite not winning his ex over by the end of the video, Bozzo offers Quiles a playful consolation prize.

Quiles is nominated for two Latin Grammy Awards for his songwriting work. He’s up for Best Urban Song for co-writing “Mamiii” and Album Of the Year for his contributions to Rosalía’s Motomami LP. Quiles’ most recent album La Última Promesa dropped last year.