It’s not very often that we cover houses here on Carscoops but we think this one deserves a special exception. Not far from the hustle and bustle of downtown Fayetteville, Arkansas, rests a 393-acre property with a 7,764-square-foot home. More importantly, it has twice as many garage spaces as it does bedrooms and there’s a 1.2-mile private racetrack surrounding the house.

Located at 1691 South Dead Horse Mountain road, this home that’s for sale on Realtor doesn’t look like too much from the main street. If anything, the checkered flag silo hints at what lies beyond. Once past the main gate though, it’s quickly apparent that it’s no ordinary property.

Instead of a simple driveway leading straight to a house, the curvy path splits almost immediately in twain. Continue straight through the gate and you’ll barrel through the ‘esses’ and towards shop buildings before a hard left sends you towards the home straight away that just happens to go straight by the home itself.

Read More: Is This The Ultimate Private Track Day, Or What? 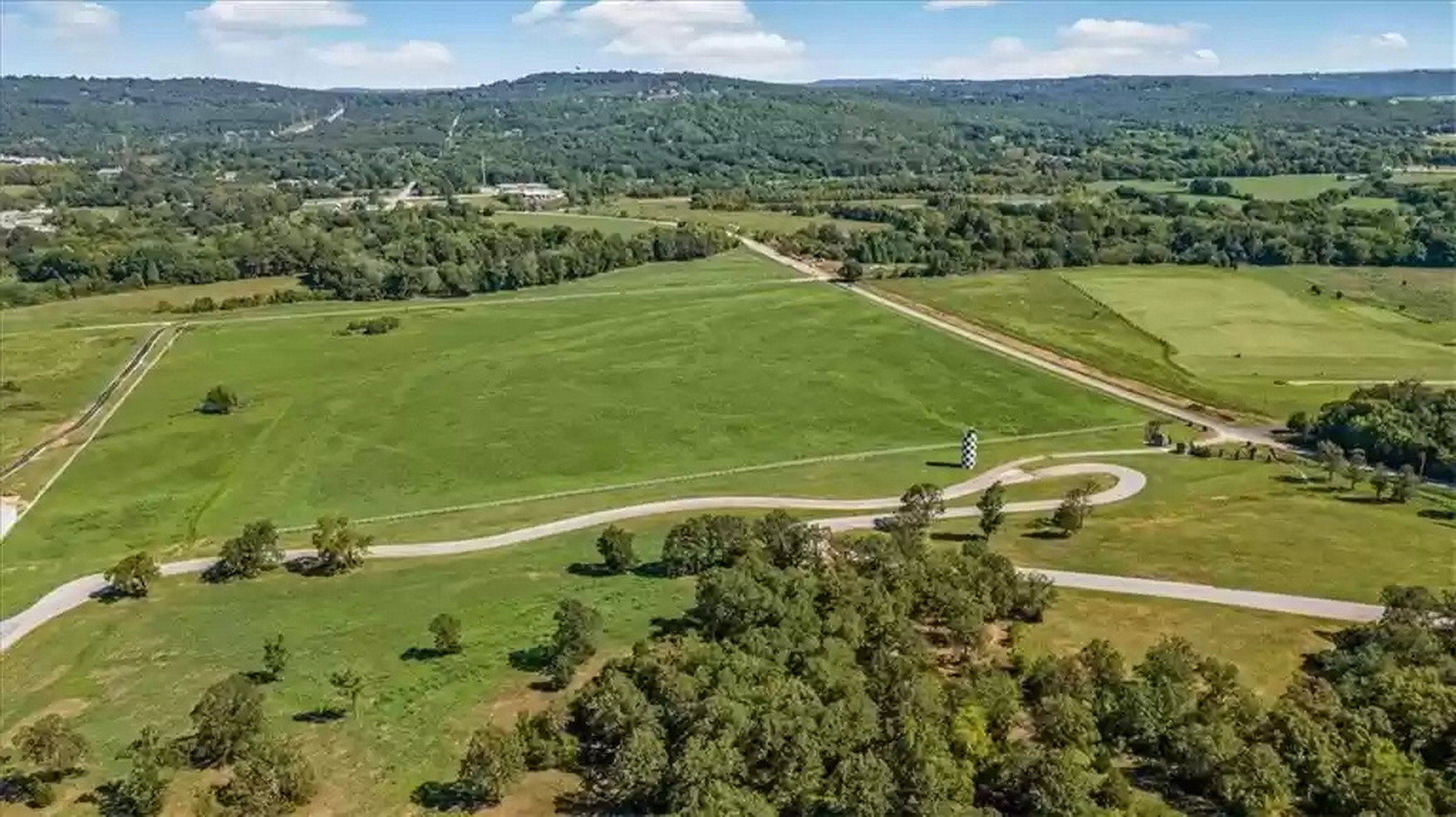 If instead one were to take a hard left after entering the gate they’d find themselves handling back-to-back hairpin curves before accelerating up a long sweeping right-hand curve that crests and then falls as it straightens out before a hard right-hand turn. Overall, the mostly oval course seems pretty fresh. Satellite photos don’t show any sort of rubber remnants of the countless laps completed around this course.

That shouldn’t come as too big of a shock though as the home was built in 2016. Inside the home itself, there is a total of 18 rooms, including five bedrooms and six bathrooms. There are two different full kitchens, a game room, and a private theater too.

If that wasn’t enough, there’s a completely separate 606-square-foot guest house located far from the main home and race track for a little more privacy. The entire complex is powered entirely by solar panels and as a whole, this is the largest privately-owned solar complex in Northwest Arkansas.

If you’re in the market for your own personal racetrack with a house in the middle of it, this property is currently on sale for a cool $6.7 million. As a person who currently lives in Arkansas, I can attest to the fact that Northwest Arkansas, where this property is located, is probably the most advanced area of the state. Oh, and this state doesn’t test for emissions so there’s that added benefit of residency.