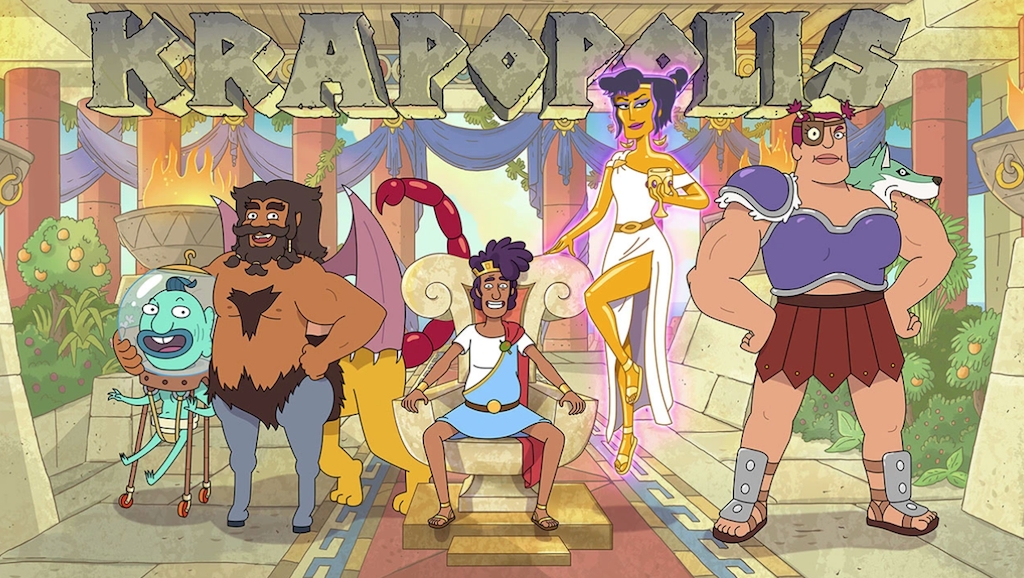 Even though it won’t air until 2023, Fox seems very confident in its new series Krapopolis from Dan Harmon. The network has ordered the upcoming animated comedy for a second season, which seems incredibly ambitious considering the fact that even good shows have been dropping like flies over the last six months. But, to be fair, Dan Harmon is having a moment right now anyway, so maybe Fox made a good move!

Krapopolis features an ensemble cast including Hanna Waddingham, Richard Ayoade, Matt Berry, Pam Murphy and Duncan Trussel. The series is set in mythical ancient Greece, where a dysfunctional family of “humans, gods, and monsters that try their hand at running the world’s first cities — without trying to kill each other.” Very similar to Succession!

Fox entertainment president Michael Thorn said that while the move is a bit unprecedented, it’s only going to make the new series live up to the hype even MORE! “As you can imagine, anything Dan Harmon does is unflinchingly irreverent and filled with his signature, bold characters; and these early episodes of Krapopolis far surpass even our highest expectations,” Thorn said. “While we continue to evolve Fox’s animation brand, it’s a true delight watching Dan and his team work their magic on Krapopolis. But it’s an even bigger thrill to be so confident in this special project to be able to reward it with an early renewal.”

The current animation lineup on Fox consists of shows that have been around for over a decade like Family Guy and Bob’s Burgers, and with no end in sight for those shows, it seems like animation is the place to be. For some people, anyway! Maybe not for others.

(Via The Hollywood Reporter)