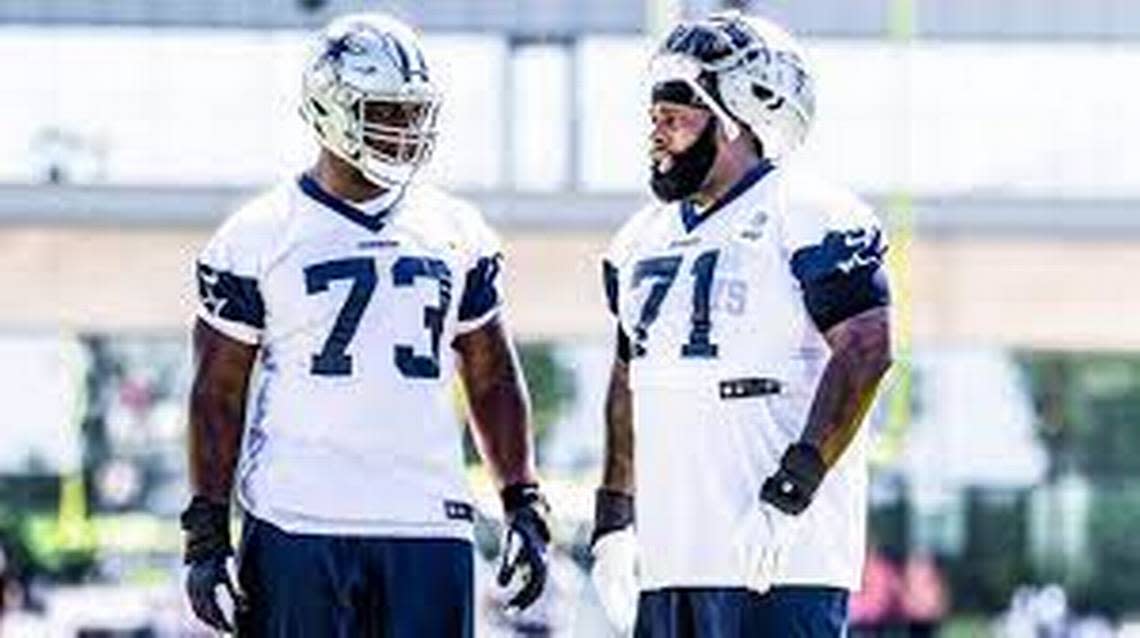 The Dallas Cowboys suffered a huge setback on the offensive line for Sunday’s game against the Los Angeles and possible weeks to come.

Veteran offensive guard Jason Peters suffered a chest injury in practice. He had an MRI on Friday morning and is officially listed as doubtful for Sunday’s game against the Rams. But he will not play and could be out a few weeks, according to a source.

Peters, a 19-year veteran who signed with the Cowboys two weeks before the season opener, was rotating with Connor McGovern at left guard.

He was expected get more snaps against the Rams after logging 14 and 21 in the previous two games combined and was considered a key part of the plan to contain All-Pro tackle Aaron Donald.

Peters was also instrumental in the mental development of rookie left tackle Tyler Smith with his advice and in-game tips.

The injury is a huge setback for Peters, 40, who was trying to get into shape after missing all of OTAs and training camp.

Now, the process could start over while rehabbing from the chest injury.