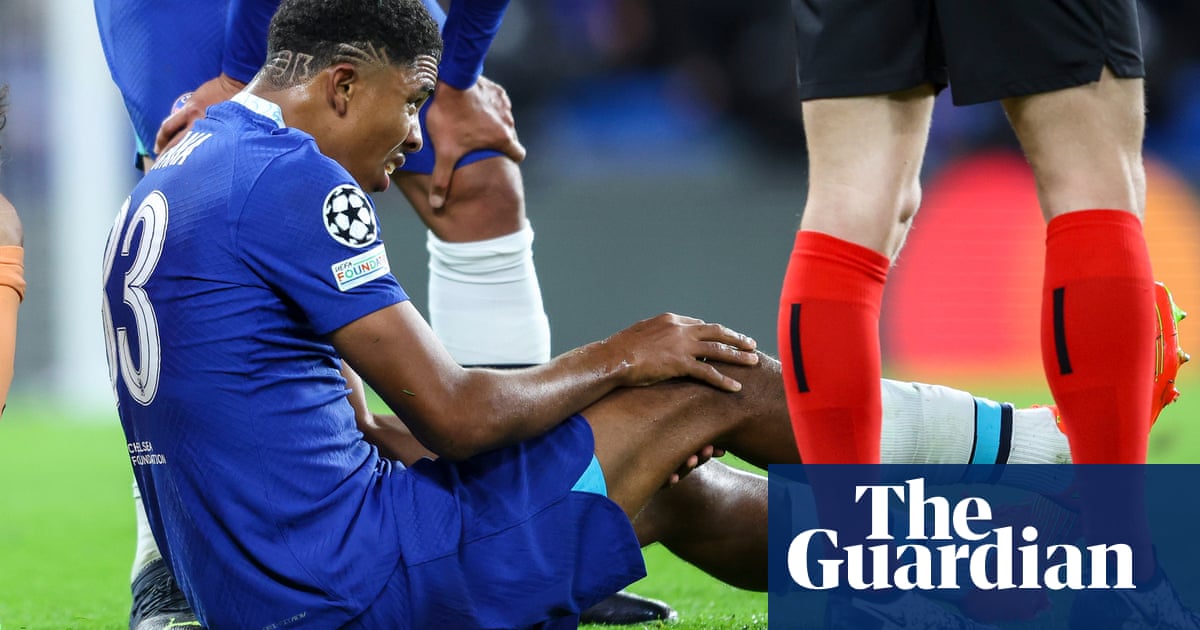 Chelsea’s fears over Wesley Fofana have been allayed after learning that the defender’s knee injury is not serious.

Graham Potter said he was concerned after Fofana left Stamford Bridge on crutches following Chelsea’s 3-0 win over Milan on Wednesday night, but a scan has shown that the 21-year-old did not sustain a serious ligament tear and is likely to be out for about four weeks.

A best-case scenario would see the £69.5m defender return before the World Cup begins next month, although his hopes of making it into France’s squad for Qatar will be in doubt if he does not play enough before the tournament. There is a chance that Fofana, whose form has been mixed since his move from Leicester, could be out for six weeks.

Although Chelsea are relieved not to have lost Fofana to a long-term injury, they are will be without him for a busy period. The former Leicester player is out of the home game against Wolves on Saturday and Tuesday’s trip to Milan in the Champions League.

Chelsea have league games against Aston Villa, Brentford, Manchester United and Brighton before the end of October. Fofana, who scored the opener when Chelsea revived their Champions League campaign by beating Milan, could also miss the trip to RB Salzburg on 24 October. A target date for his return could be the visit from Arsenal on 6 November.