Cadillac is embarking on an exciting new future with the all-electric Lyriq and Celestiq models and if it wants to create a particularly striking crossover, it could use this sketch as the basis for an exciting new model.

This particular sketch was created by Jason Chen, a designer at General Motors and shares a number of key traits with the Cadillac Lyriq, one of the more futuristic-looking and innovative EVs currently on sale.

While only showcased from the side, the vehicle appears quite a bit smaller than the Lyriq and sits a lot lower. Indeed, its shape is more reminiscent of a Shooting Brake than it is an SUV.

The front of the vehicle appears to sport similar horizontal LED headlights as the Lyriq and comes complete with vertical LED daytime running lights. No traditional grille is visible, adding to the gorgeous design.

Cast your eyes across the side of the vehicle and you will not that it eschews traditional wing mirrors in favor of cameras and that the rocker panels, pillars, and roof are finished in black, further adding to the sleek and compact shape of the vehicle. We’re particularly fond of the sharp body-colored C-pillar and the steeply-raked rear window.

While not much of the vehicle’s rear-end is visible, we can see that it rocks vertical LED taillights and an edgy bumper also finished in black.

It remains unclear if Cadillac has any intention of releasing an electric SUV, crossover, or Shooting Brake slightly smaller in scale than the Lyriq. However, we think a more affordable, compact, and accessible alterative to the Lyriq could be a great addition to its range. 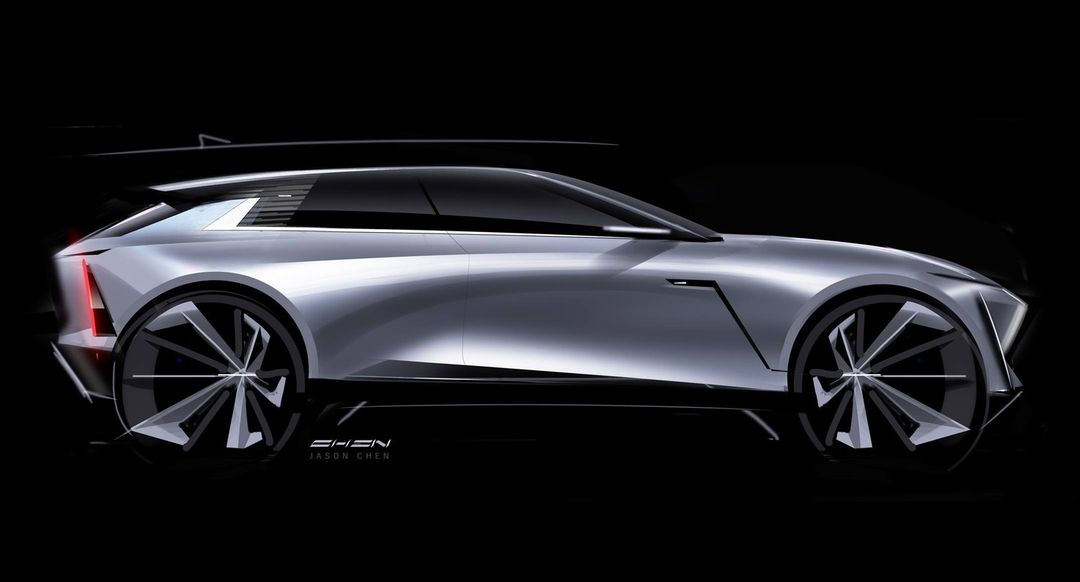