This is our first look at the all-electric Acura ZDX EV, set to hit the market in 2024 and serve as the cousin to the new Honda Prologue that was revealed earlier this week.

Just like the Honda, the Acura ZDX EV will be co-developed with GM and underpinned by the car manufacturer’s BEV3 platform utilizing its Ultium Battery and Drive systems, also featured on the Cadillac Lyriq, Chevrolet Blazer EV, and GMC Hummer EV. By using this architecture and propulsion system, Acura won’t have to worry about engineering a system of its own, slashing development costs significantly.

The EV’s name pays homage to a previous Acura model, a coupe-crossover built from 2009 through 2013 that was the first vehicle styled from the ground up in the Acura Design Studio in Los Angeles. The new ZDX is also being styled in the same studio.

These first images of a ZDX EV prototype show that it has a similar overall shape and profile to the Honda Prologue. Much like the Honda, the front end is lacking a traditional center grille and makes do with a lower grille finished in black and joined by supplementary air intakes.

The overall design of the ZDX EV also takes inspiration from the Acura Precision EV concept, unveiled just a couple of months ago. For example, the production model appears to have similar lower side sills as the concept and an intriguing floating D-pillar design that’s bound to make the ZDX EV quite the head-turner. Some key differences between this prototype and the concept are visible, however, including the fact that the production model has traditional door handles and wing mirrors instead of rear-facing cameras. 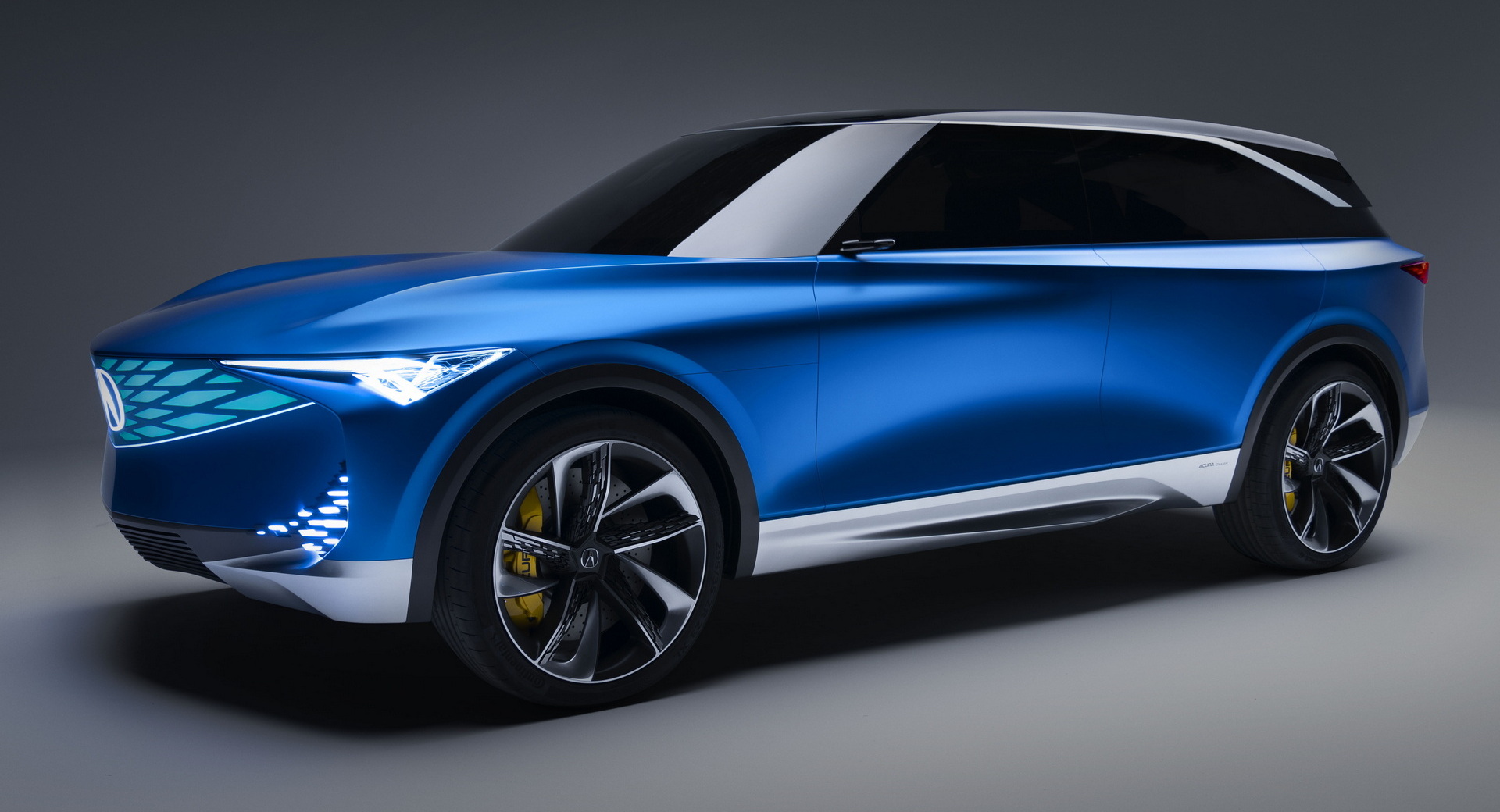 Smaller design details, such as the headlights and taillights set to be used by the production model are not visible on this prototype and have been supplemented for placeholder units.

One of the shots snapped by our spy photographers also gives us a glimpse of the vehicle’s cabin where we can see part of a large infotainment display with a pronounced physical knob. It is understood that many of the materials used in the SUV’s interior will be recycled or sustainable, just like the Precision EV Concept. 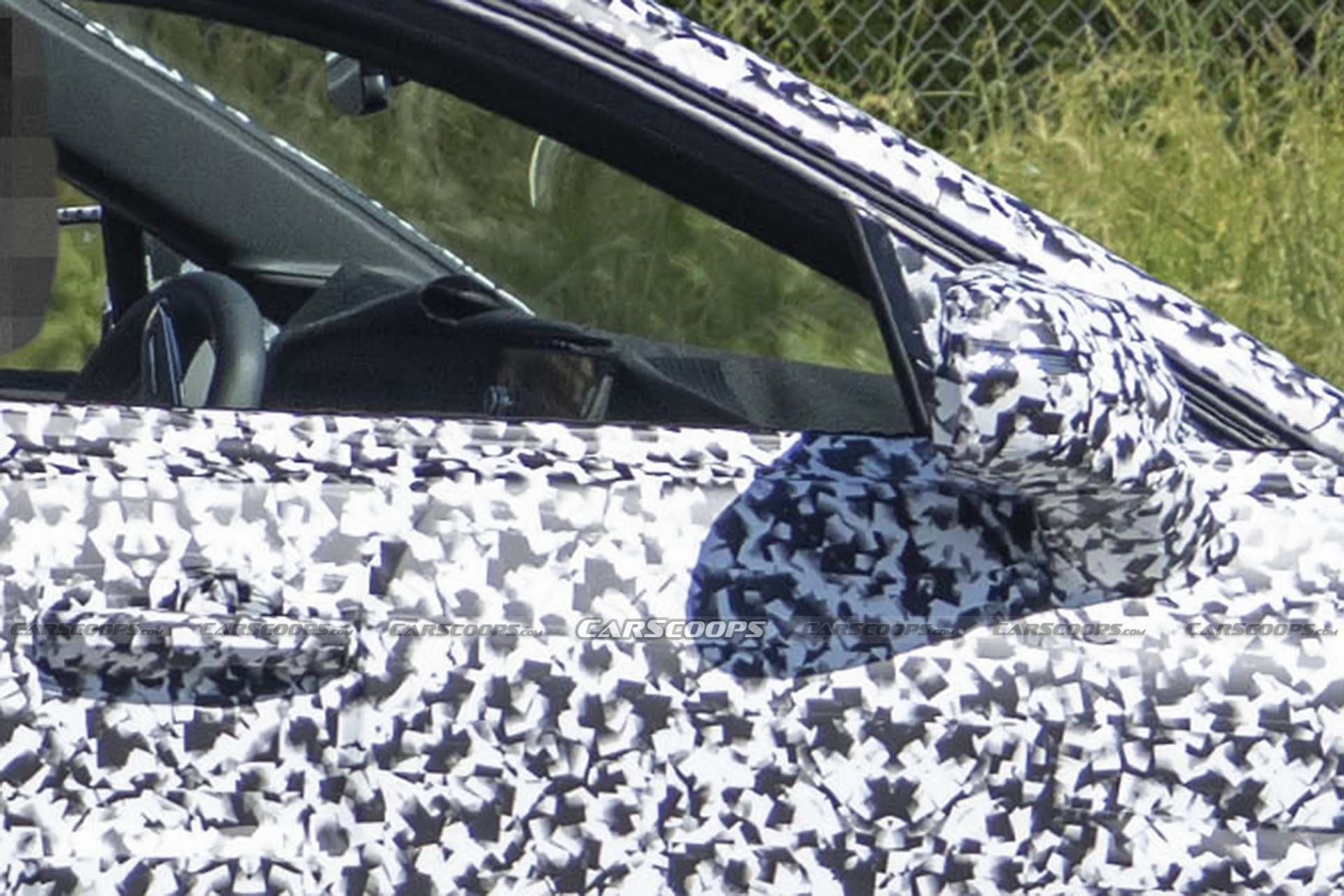 While neither Honda nor Acura have provided details about the powertrain, being related to the new Chevrolet Blazer EV as well as the Cadillac Lyriq, gives us a few  clues on what to expect. Depending on the model and the battery pack, the former offers a driving range of between  247 miles (398 km) and 320 miles (515 km). We should expect something similar from Acura’s ZDX.

An all-wheel drive powertrain is a given, but it remains to be seen if Acura will follow Chevy’s lead and offer both front- and rear-wheel drive variants as well. One thing the Japanese brand has confirmed without releasing specs, is that the ZDX will be offered in a high-performance Type S version.

“The Acura ZDX represents the start to what will be an accelerated path toward electrification by the end of the decade and the key role the Acura brand will play in our company’s global goal to achieve carbon neutrality in 2050,” said Acura’s assistant vice president of national sales, Emile Korkor. “Acura will remain focused on performance in the electrified era and Type S will continue to represent the pinnacle of this direction.”