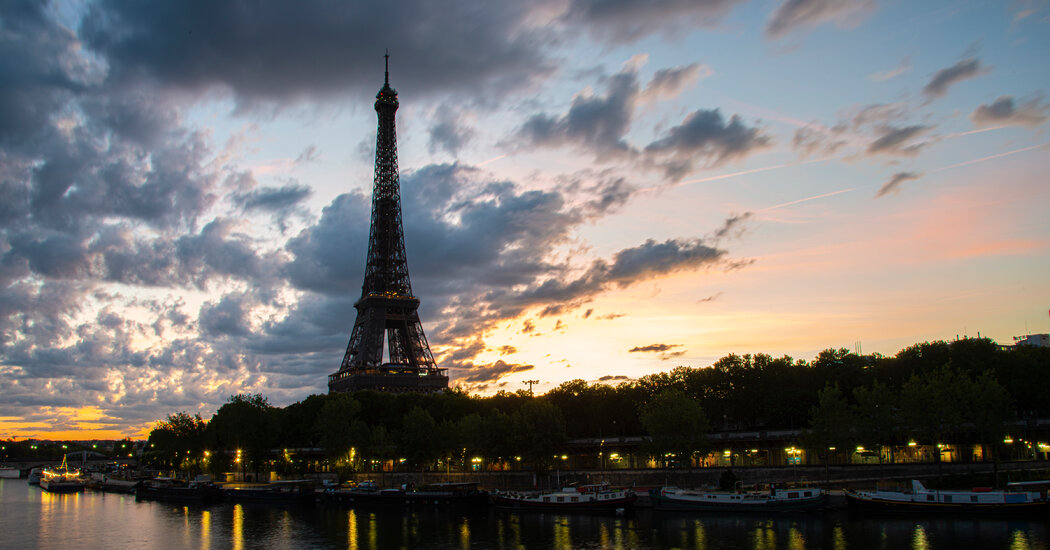 Life in France will soon feel a little chillier: Thermostats turned down to 19 degrees Celsius (66 degrees Fahrenheit). Cooler showers in homes and hotels. No hot water in the bathrooms of public buildings. And in the City of Light, the Eiffel Tower will go dark early.

The French government on Thursday unveiled its biggest energy conservation measures since the 1970s oil crisis, part of a Europe-wide effort to save power this winter as Russia shuts off natural gas supplies to countries that support Ukraine.

President Emmanuel Macron has started appearing on French television and Twitter in a black turtleneck instead of a shirt and tie. France’s normally buttoned-up economy and finance minister, Bruno le Maire, announced that sweaters would probably become de rigueur at the finance ministry. It’s all part of an image campaign at the highest levels of government to persuade the French to follow suit.

Mr. Macron wants to reduce France’s energy consumption by 10 percent in two years, and ultimately by 40 percent by 2050. As Russia began turning off the gas taps to European countries in autumn, he began urging the French to prepare for a new era of “energy sobriety.”

The 50-page plan, detailed in Paris on Thursday during a three-hour conference that featured nine government ministers, includes a raft of measures that call on citizens and businesses to make major lifestyle changes, such as increasing car-pooling and bike-riding, and cutting all lighting in office and retail buildings after hours.

The government has also asked companies to consider asking employees to work from home several days a week, so that office buildings can go almost entirely dark to save energy. The president of France’s influential Medef business lobby pushed back on Thursday, saying it was not clear that such actions would “achieve the desired results.”

The French effort is based on a sweeping European Commission blueprint that aims to slash Europe’s overall dependency on Russian gas through next summer and beyond. The plan, which the commission said was “designed to help Ukraine by cutting the E.U.’s reliance on Russian fuel,” has also been adopted to varying degrees in Germany, Italy, Spain and a phalanx of other countries in the 28-nation European Union.

If enough European citizens and businesses pitch in on conservation, the thinking goes, governments can avoid the more dire prospect of enforced energy rationing or rolling blackouts.

Natural gas is the main source for heating in Europe, and many countries use gas to produce electricity. Prices for both have shot to record levels since Russia invaded Ukraine in February, stoking a Europe-wide energy crisis and record inflation. The crunch has already forced temporary shutdowns at energy-intensive companies, including steel, chemical and glass makers.

The European Commission wants gas consumption to drop 15 percent by March 2023, a figure that represents a worst-case scenario in which Russia completely cuts off gas supplies to Europe. That would result in a shortage of 45 billion cubic meters of gas, representing 15 percent of what European Union countries consume on average over a nine-month period.

That possibility is close to becoming a reality, as Russian gas flows to Europe have been severely cut back in recent months, although countries have been busy reserving gas in storage facilities.

Governments are urging citizens to take pre-emptive action to cut energy consumption in largely non-painful ways that limit the economic shock. Under the E.U. plan, some countries might be required to switch to energy rationing if they don’t meet the 15 percent target.

In France, the energy “sobriety” has begun.

Households are being asked to lower heating to 19 degrees Celsius in the main rooms and to 17 degrees in bedrooms, and to cut hot-water heaters to 55 degrees (about 130 degrees Fahrenheit). The government recommended unplugging computers and TVs that are not in use, and staggering the use of appliances like washing machines and dishwashers during peak consumption hours in the evening.

The government — one of the biggest users of energy in the country — is trying to set an example.

The French state owns and operates nearly a third of all buildings in France, consuming a staggering 20 terawatt hours of electricity per year. That is as much as metropolitan Paris consumes in a year, Stanislas Guerini, minister of transformation and public functions, said Thursday.

The government plans to cut its energy consumption by 2 terawatt hours, the same amount used by a midsize city, Mr. Guerini said.

All public buildings — which include state-run museums, the French Senate, the central bank and a multitude of other structures around the country — will cap heating at 19 degrees. Hot water will also stop flowing in public building bathrooms.

Public employees during working hours will have to drive slower, at a maximum speed of 110 kilometers per hour (68 m.p.h.) instead of 130, to conserve gas. Public officials are being asked to travel by train rather than by plane for trips of less than four hours.

Shops, shopping centers and large retailers will be expected to lower thermostats to 17 degrees if electricity grids are stretched, and hotels are asked to do the same if there are few customers and staffers on the premises. Retailers, restaurants and hotels will also need to shut off their lights by midnight.

Illuminated advertisements, including enormous fashion ads in prime locations in central Paris by luxury brands such as LVMH and Gucci, are also being required to go dark, though only between 1 a.m. and 6 a.m. By contrast, Germany has banned luminous advertisements after 10 p.m. since summer.

The Eiffel Tower will stop shining at 11:45 p.m. instead of 1 a.m., and fewer holiday lights will twinkle along the Avenue des Champs-Élysées, part of an effort by Paris’s mayor, Anne Hidalgo, to reduce the city’s electricity bill. While numerous towns and cities in France have started turning off streetlights at 11 p.m., however, those in Paris will remain lit for security, Ms. Hidalgo said.