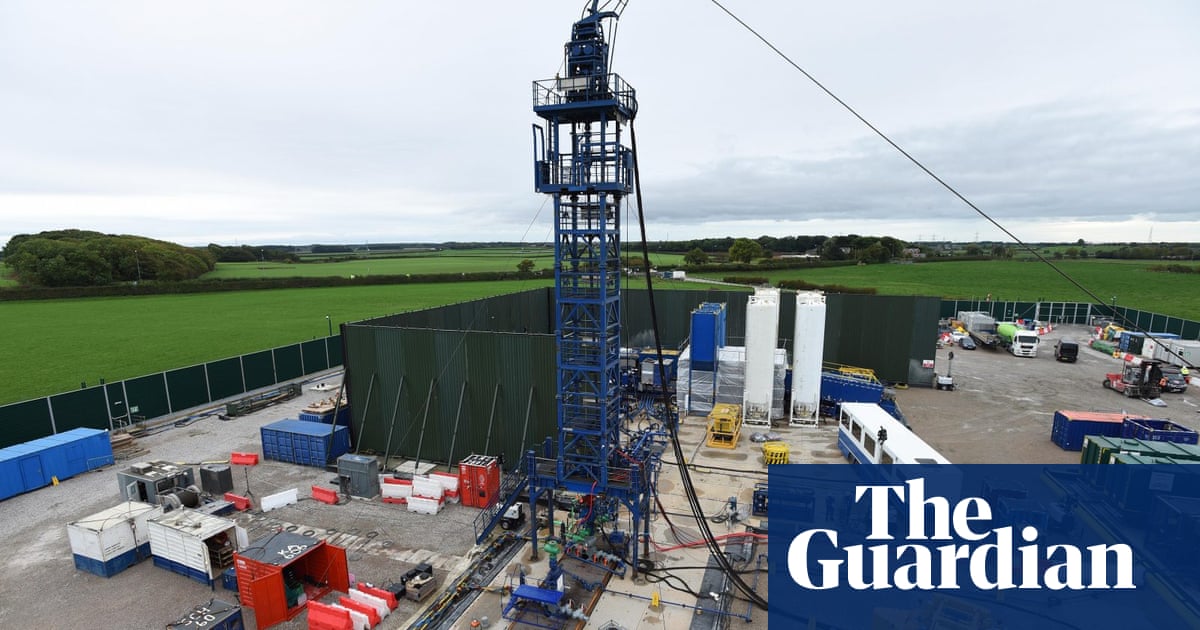 Ministers are actively examining ways to evade legal, environmental and public scrutiny of new oil and gas projects including fracking, the Guardian has learned, sparking a furious reaction from green groups and opposition parties.

Senior staff working on energy projects in the Department for Business, Energy and Industrial Strategy (Beis) have been instructed to look into ideas raised by Jacob Rees-Mogg, the business secretary, to escape potential judicial review of policies or public consultation.

An email to officials, seen by the Guardian, sets out that Rees-Mogg, a keen advocate of fracking, had noted that parliamentary legislation is not subject to judicial review, and could potentially be used to speed along new projects.

On the issue of environmental assessments for new projects, the email, written by a senior official who explains that they are relaying Rees-Mogg’s views, says using legislation to entirely remove such assessments would be a “more certain” way to proceed.

Another option raised to water down environmental scrutiny would be to “streamline” requirements from the Health and Safety Executive, with the email noting this “would speed matters up further”.

Rees-Mogg also wanted to know about other ways to accelerate approval for projects without jeopardising international obligations connected to oil and gas, and “asked specifically whether a debate in parliament, for example, counts as a public consultation”, the note added.

Other potential routes to be explored include engagement with the energy industry “to maximise the approach to deregulation”, with the email saying Rees-Mogg believed new projects should not be identified without the agreement of companies behind them.

Liz Truss has pledged to expand oil and gas drilling in the North Sea, and has lifted a ban on new fracking in England, in place for three years over concerns about the earth tremors that can be caused as part of the process of extracting shale gas.

While Truss has insisted the UK needs to become more energy independent, critics have condemned a renewed rush to fossil fuels. Fracking remains deeply unpopular with many Conservative MPs, especially those representing areas where it might occur.

These MPs are likely to be alarmed by Rees-Mogg’s apparent attempt to bypass scrutiny and consent. The government has pledged that local communities must give consent over fracking, but has refused to say what it might entail.

Rees-Mogg has been publicly dismissive of such worries, saying the opposition to fracking is “hysteria” and often based around the public not understanding science, while suggesting some opposing groups are funded by Russia.

A source in Rees-Mogg’s department did not dispute the email, but said it was important to explore ways to speed up important energy projects.

Conservation groups, which have already expressed alarm about other apparent efforts by Truss’s government to reduce environmental protections, said they were outraged at the ideas set out in the email.

Sarah McMonagle, head of policy at the rural charity the CPRE said: “This attempt to bypass public scrutiny is beyond belief. It wouldn’t be a bonfire of regulations; it would be a sanction for unchecked destruction of our countryside. There have been many worrying signs of this government’s disregard for the environment but this represents a new level of contempt.”

Rosie Rogers, head of Greenpeace UK’s oil campaign, said: “It’s ironic that in trying to combat the threat of energy shortages from Putin’s regime, the business secretary is now adopting tactics more associated with a dictatorship.

“This is yet another massive distraction from getting on with practical solutions like making our homes warm, cutting energy waste and rolling out cheap, homegrown renewable power.

“It seems like fracking fantasies have taken the government hostage.”

Wera Hobhouse, the Liberal Democrat spokesperson for energy and climate change, said: “The government’s arrogance is staggering. Consistently they take people for granted and this is yet another example. Already in Surrey we have seen gas drilling permitted against the wishes of the local community and Rees-Mogg is promising more of the same.”

A Beis source said the department was committed to consultation and meeting any other obligations, “but we can’t allow a veto from interest groups through methods like judicial review”. They added: “There is structural issue in our planning system from housing to energy and infrastructure, where projects are delayed for many years and subject to huge uncertainty.”